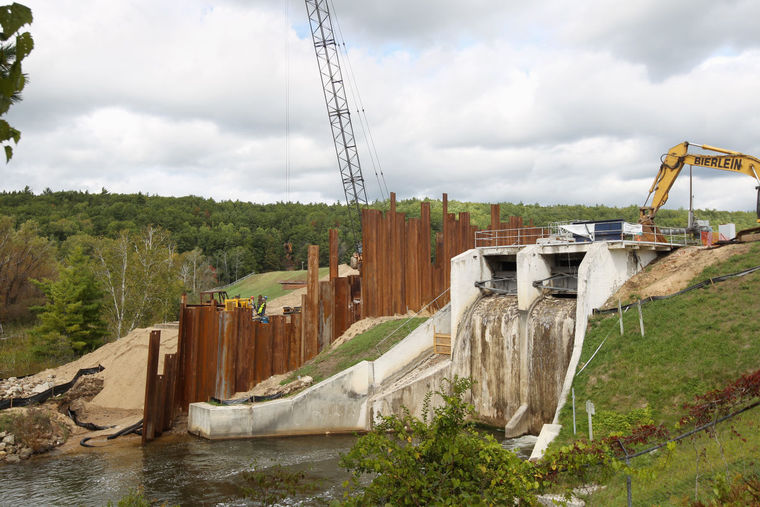 He dipped the thermometer into the cool water and logged his observation: 52 degrees. Just right for a midday in October.

“This stream is supposed to be a cold-water stream, which means the temperature rarely gets above 65 in the summertime,” said Winkler, a biologist with the Conservation Resource Alliance.

The stretch of the river in which Winkler stood wasn’t always so cold. A dam built in the 1920s trapped water in a nearly 200-acre pond just a few feet upstream for nearly a century. That pond absorbed sunlight, warmed the water and hurt insects, fish and other wildlife downstream.

It was “thermal pollution,” Winkler said.

But the mammoth, aged dam is gone, taken out following an engineering failure in 2012 that resulted in scores of flooded downriver properties.

Winkler is part of a team charged with the biggest dam removal undertaking ever seen in Michigan — The Boardman River Dams Ecosystem Restoration Project.

It includes removing three dams and modifying a fourth on the waterway that stretches from a Kalkaska swamp to downtown Traverse City.

The effort will restore more than 250 acres of wetlands and reconnect 160 miles of Grand Traverse Bay tributaries.