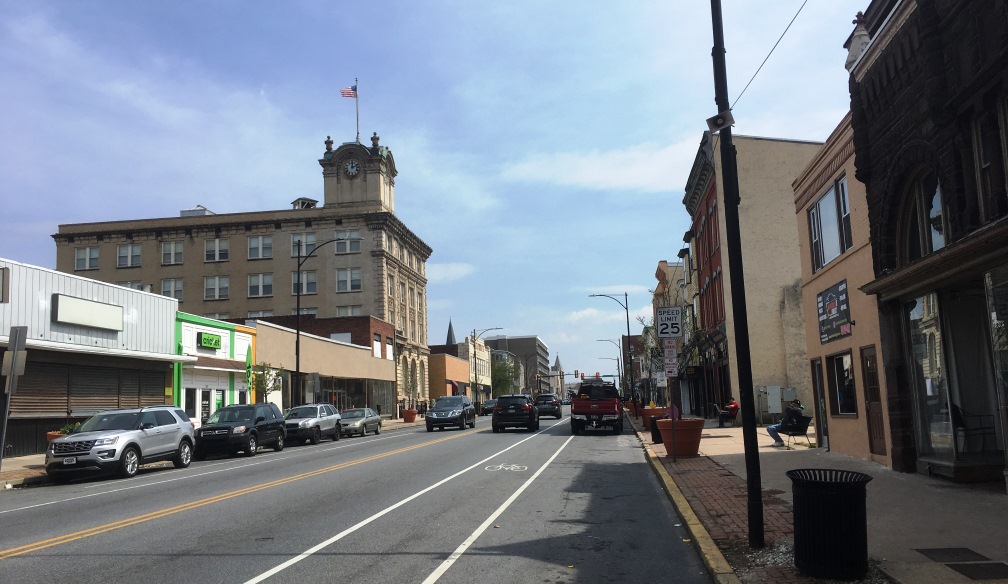 In late December, Pennsylvania made two funding announcements of about $5 million each, both related to community revitalization.

On December 30, 2019, Governor Tom Wolf announced the approval of more than $5 million in new funding to support 42 community revitalization projects across the commonwealth.

Administered by the Department of Community and Economic Development (DCED), the Keystone Communities program is designed to support local initiatives that grow and stabilize neighborhoods and communities, foster effective public-private partnerships, and enhance the overall quality of life for residents.

“Supporting initiatives that encourage revitalization and business development in our communities is critically important to the economic prosperity of Pennsylvania,” said DCED Secretary Dennis Davin. “The Keystone Communities program is so vital to improving people’s lives, pushing our business sector forward, and growing Pennsylvania’s economy.”

Since January 2015, the Wolf Administration has approved more than $27 million through the Keystone Communities program to fund hundreds of projects statewide, including façade grants for businesses, accessible housing projects, public infrastructure improvements, and other projects to strengthen communities and downtown districts.

Restore Pennsylvania, the $4.5 billion bipartisan proposal funded through a tax on fracking activities, is designed to aggressively address the commonwealth’s vital infrastructure needs and is the only plan to make Pennsylvania a leader in the 21st century. The plan would further bolster community improvement efforts like those currently being invested in through the Keystone Communities program and would help replicate those projects across the state. Unfortunately, it also makes the state’s infrastructure renewal dependent on the continuation of environmentally-destructive fracking activities, which is why the oil companies allowed the state to pass the tax.

“These projects will better the lives of thousands of Pennsylvanians through infrastructure, beautification, and quality of life improvements in cities and towns across Pennsylvania,” said Gov. Wolf. “These projects complement the priorities set forth by the administration to improve infrastructure and communities across the commonwealth, but pales in comparison to the improvements that could be made through Restore Pennsylvania.”

The following projects received over $5.5 million:

Allegheny County • Best of the Batch Foundation: $300,000 to construct a new educational complex located in Munhall Borough. Best of the Batch Foundation has created The Clubhouse as a safe environment for kids to have after-school activities, recreation, and receive guidance. • FCP Services, Inc.: $210,638 to excavate and stabilize the 3,500-square-foot basement floor and foundation of the Depot building, part of a larger project to reclaim a blighted building in the central business district of Tarentum Borough. • Hilltop Alliance: $41,026 to stabilize and enhance two anchor buildings located in the first block of the Hilltop neighborhood of Allentown’s East Warrington Avenue business district. • Mon Valley Initiative: $500,000 for rehabilitation and construction of a mixed-use project at the intersection of Miller and St. Clair Avenues in the Clairton.

Centre County • Bellefonte: $500,000 grant-to-loan for the rehabilitation of the Gamble Mill building.

Dauphin County • Camp Curtin YMCA: $150,000 to construct affordable housing in uptown Harrisburg. The project will construct five new homes on one vacant lot on the corner of Woodbine and Jefferson Streets.

Erie County • Our West Bayfront: $82,200 to assist 18 income-eligible homeowners with emergency repairs to ensure the homes do not become blighted. • ServErie: $49,900 to implement a façade assistance program to homeowners within a five-block span on East 6th, 7th, and 8th Streets from Parade to Wayne Streets, benefiting at least ten storefronts.

Indiana County • Indiana County: $62,808 to demolish the former G.C. Murphy building located in Blairsville Borough. The site, when cleared, will be used as a green space and community gathering area.

Lackawanna County • United Neighborhood Centers of Northeastern Pennsylvania: $25,000 to create a neighborhood revitalization plan for the Pinebrook section of Scranton.

Luzerne County • Downtown Hazleton Alliance for Progress: $30,000 to create a welcome center on the ground floor of the PSU Hazleton LaunchBox at 13-15 W. Broad Street. The space is designed to serve as a pop-up shop for start-up culinary and retail businesses, but it will also double as a welcome and information center for the downtown.

Mifflin County • Downtown Lewistown, Inc.: $142,155 to implement a downtown connector project along West Water Street. Improvements include construction of sidewalk and curbing as well as ADA accessible ramps. This connector will serve as an important link from the Kish Riverwalk to the Victory Park and the recently completed segment of the Juniata River Trail.

Northampton County • Greater Easton Development Partnership: $50,000 for a façade improvement program in collaboration with the Easton Main Street Initiative to be awarded to property and business owners in the form of matching grants for renovations, restorations, and repairs to existing building façade, and new signage, benefiting at least ten storefronts.

Northumberland County • Shamokin: $50,000 for a façade improvement program in collaboration with the Shamokin Redevelopment Authority, benefiting at least ten storefronts.

Philadelphia County • City of Philadelphia: $250,000 for renovations to the Happy Hollow playground at the Happy Hollow Recreation Center in Germantown, to address the failing conditions of the playground and to restructure its layout, install new site furnishings and lighting, replace equipment, purchase and install safety surface material and new outdoor fitness equipment. • South Street Headhouse District: $11,549 for professional services that will collect and analyze data related to the area’s Business Improvement District (BID) activities and design a website to promote those activities.

Schuylkill County • Tamaqua: $25,000 to obtain a professional consultant to complete a community and economic development plan that engages the community in the planning process and creates positive connections within it.

Venango County • Oil City: $50,000 to continue collaborative efforts with Oil City Main Street in the implementation of a façade improvement program in the designated Keystone Main Street area, enhancing storefronts, expanding potential for job retention and creation, increasing pride in the community, and enriching the overall viability of the business corridor for up to ten properties.

Washington County • National Road Heritage Corridor: $115,000 to identify design and planning projects in collaboration with the City of Monongahela that will create an attractive gateway and pedestrian-friendly walkway to the Monongahela River, including installation of ADA accessible curbing and sidewalks, new light posts and trees, signage, and public art for the arch at the Second and Railroad Streets intersection.

Less than two weeks earlier, on December 18, Governor announced the approval of $4.75 million in funding through the Neighborhood Assistance Program (NAP), to promote community participation and collaborations among nonprofits, businesses, and residents while producing outcomes that assist a distressed area or the low-income population in a neighborhood. The credits will support 17 community revitalization projects across the commonwealth.

“The Neighborhood Assistance Program demonstrates the value of public-private cooperation in ensuring the health of our communities, and the benefits that Pennsylvanians see through these partnerships,” said Gov. Wolf. “The continually-strong applicant pool and participation levels of this program demonstrate both its demand and the importance of the positive impacts it creates across the commonwealth.”

This funding will support:

“Pennsylvanians take great pride in their communities, and the Neighborhood Assistance Program is a way to encourage public-private partnerships to improve the neighborhoods we all call home,” said Department of Community and Economic Development Secretary Dennis Davin. “From improving community health to combating food insecurity, renovating properties and addressing blight, these projects will improve the quality of life in communities across the commonwealth.”

The program has five main components: The Neighborhood Assistance Program (NAP), Special Program Priorities (SPP), the Neighborhood Partnership Program (NPP), the Charitable Food Program (CFP), and the Enterprise Zone Program (EZP). A description of each of these components is available within the NAP fact sheet.

Photo of Lincoln Highway in downtown Coatesville is by Dough4872 via Wikipedia.