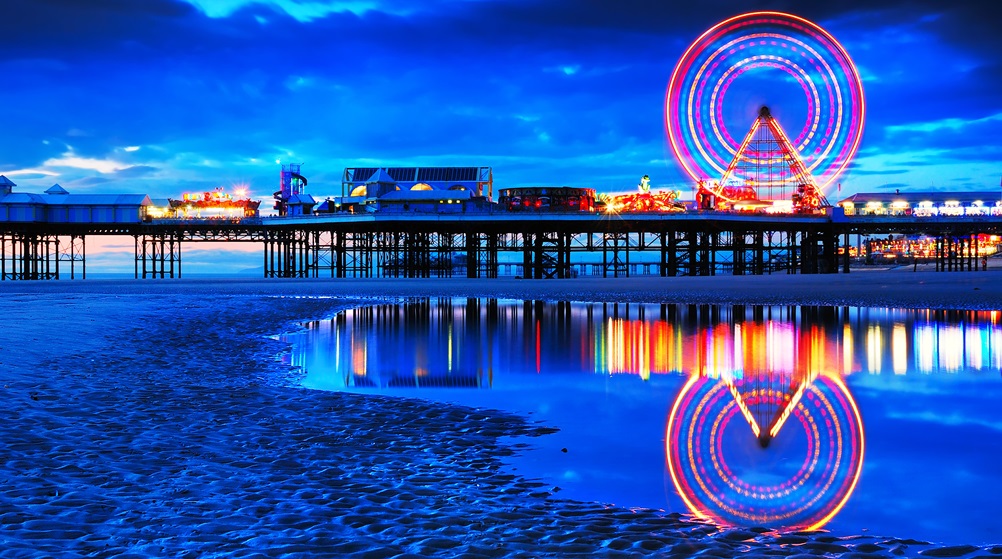 On September 12, 2018 in Blackpool, England, the Blackpool Council committed to focusing large-scale regeneration in a series of major schemes that will breathe new life into the town centre over the next three years.

These downtown revitalization projects include: 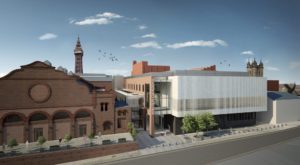 Cllr Simon Blackburn, Leader of Blackpool Council said, “The face of retailing is changing more extensively and rapidly than anyone can have expected, resulting in increased levels of high street retail vacancy in town and city centres right across the county. We are acutely aware of how these challenges are playing out in Blackpool, where the context of our retailing environment is already somewhat volatile because of the seasonal nature of footfall through the town centre.”

He added, “We are also conscious that a number of well-documented, reputable reports have shown that those town centres that are most dependent on retail premises have suffered most badly and those town centres with less retail, more offices and other forms of leisure activities have fared the best. All of these investments and proposals address that issue and will bring new footfall, spend and life into our town centre. Put together, they will deliver transformational change.”

The first of the projects, the new Winter Gardens Conference Centre, is now taking shape, with phases 1 and 2 of the structural steelwork in place. At the end of August, the Winter Gardens switched over to new electricity and gas supplies, increasing capacity and future-proofing the venue.

There are currently 30 live enquiries for new conferences and events in the new facility, with five bookings already confirmed.

The tramway project will see all road closures completed before the end of February 2019 and the new station will then be built once the existing wilko store is demolished. The first passengers will be able to ride up to Talbot Gateway before the end of 2020. The new Holiday Inn and restaurant will also be built once wilko is demolished, opening pre- Christmas 2021 and employing more than 100 people.

Over the next few weeks, the final touches will be put on a complex set of agreements that will result in the relocation of wilko, the completion of the tramway extension and the development of the new Imax cinema and branded restaurant, the Blackpool museum and two new four and five-star hotels. 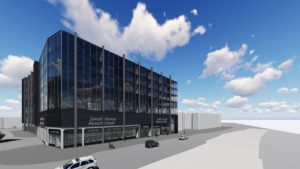 The sign-off of the various agreements in October will catalyze a sequence of projects that will see the new wilko store being completed on Tower Street in late autumn 2019 and opening shortly afterwards, safeguarding 60 jobs and securing the future of a major retailer. That will be followed by the completion of the IMAX-style cinema in autumn of the following year, creating 20 new jobs.

A new branded restaurant employing 30 people will also be part of the Tower Street development.

The Houndshill management company Director Mike Riley said: “This forward thinking development will help to secure and develop the heart of Blackpool’s retail offer for the future.”

Mike Horner of Muse Developments said, “We are looking forward to commencing work on Talbot Gateway Phase 2 with the construction of the new Holiday Inn hotel and restaurant on the wilko site to further enhance the Blackpool hospitality offer and also improve the arrival experience from the train station.”

Cllr Blackburn added: “In addition to these exciting new developments, we continue to develop plans to increase the level of quality office floor space and associated jobs in the town centre. To this end, I am delighted to welcome hundreds of new private sector staff who are locating to our building at Bickerstaffe Square this autumn. I am also determined that we make the strongest possible case to government for the relocation of existing public sector employment from peripheral locations in Blackpool directly into the town centre in the years ahead.”

This funding, one of the largest Growth Deal settlements to be allocated to a LEP, is designed to help improve and upgrade existing commercial infrastructure, kickstart new economic initiatives, and unlock additional private investment to drive further growth across the county.

Over 40 projects have directly benefited from the LEP’s Growth Deal Programme. These include:

The Growth Deal program will help to generate up to 11,000 new jobs, create 3,900 new homes and attract £1.2 billion of additional public and private investment for Lancashire.

Graham Cowley, Chair of Lancashire Enterprise Partnership’s Growth Deal management board, said: “The economic regeneration of Blackpool has been one of the LEP’s priorities since being established in 2011, and we have worked closely with the Council and other partners to bring forward projects which will help drive growth in the town, generate jobs, and attract investment.”

“The Growth Deal fund in particular has supported the £26m new conference centre being built adjacent to the Winter Gardens complex and has kick-started many of the transport and infrastructure schemes across the resort. This includes the £7m Quality Corridors programme, the tramway extension and the bridge improvement works. In addition Blackpool’s new museum, set to be dedicated to popular entertainment, was supported by the LEP to help secure government funding as part of the Northern Cultural Regeneration Fund. It is great to see these investments contributing to such ambitious growth plans, and we look forward to working with partners in Blackpool to bring further prosperity to the town and its residents,” Cowley concluded.