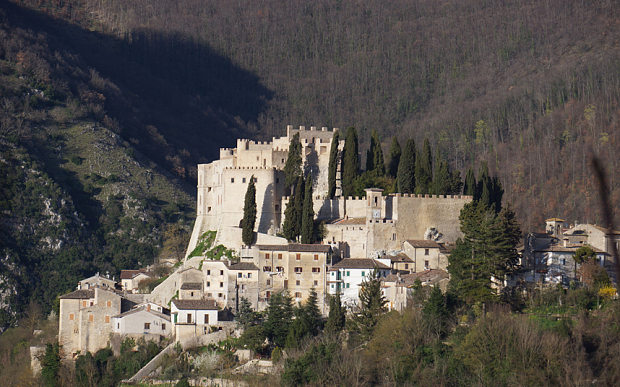 A 1,000-year-old Italian castle once owned by the hedonistic American libertine who first patented the bra has been returned to its former glory.

The fortress of Rocca Sinibalda, 50 miles north of Rome, was the scene of bohemian parties involving some of the most famous artists and writers of the Fifties, under the ownership of Caresse Crosby.

But it had lain abandoned for half a century. It took eight years and millions of pounds to restore.

Architects, art experts and around 50 builders faced the logistical challenge of gaining access to a fortress surrounded on three sides by sheer cliffs and entered only by a steep cobbled passage at the end of a jumble of medieval lanes.

Prof. Enrico Pozzi, a business consultant and psychologist descended from two of Rome’s most illustrious families, and his wife Cristina Cenci, an anthropologist, have overseen the repair of everything down to the last terracotta tile and damaged battlement.

“It was in a horrible state of decay,” said Prof Pozzi, a descendant of the Cesarini and Colonna dynasties who teaches at La Sapienza University in Rome. “The frescoes had not been cleaned for 60 or 70 years. There was a lot of damp.” 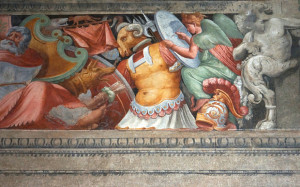 The castle, which was besieged twice in its history but never conquered, will host exhibitions, plays and theatre workshops. Some of the rooms – now equipped with egg-shaped travertine marble baths, discreet lighting and Wi-Fi – may be rented out. They are decorated with 16th-century frescoes depicting cherubs, knights and Arcadian scenes, all of which have been cleaned.

The award-winning restoration was led by Claudio Silvestrin, an architect based in London. His impeccably restored interior is now full of books by the Marquis de Sade and Freud, as well as tribal masks and enormous totem poles brought back from Alaska and Canada by Mrs. Cenci.

“The castle is a place of the past but we also want it to be a place for the future too,” she said.