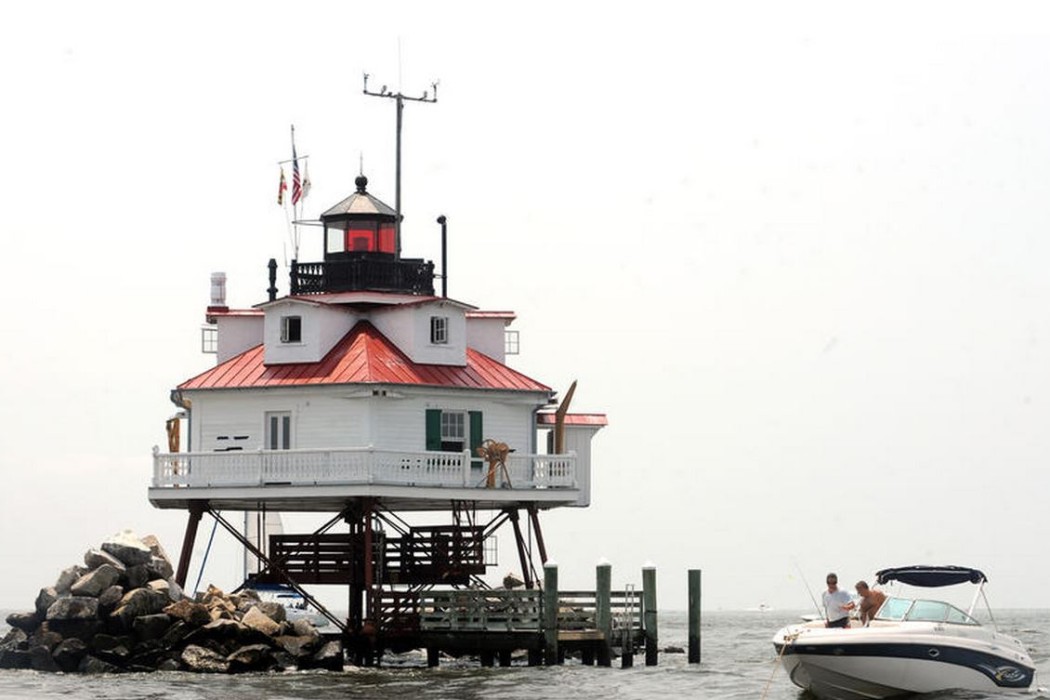 The Thomas Point Shoal Lighthouse in Chesapeake Bay is as charming as it is incongruous.

The six-sided Victorian cottage is painted white, with a pitched red roof, dormer windows and bright-green shutters. There it sits on giant stilts, 10 feet above water level, as if it had been plucked from its location on land by a giant hand and deposited in the middle of the Chesapeake Bay.

As an 11-year, approximately $500,000 restoration project draws to a close, the 1875 lighthouse is more visually appealing than it’s been at any time in recent memory.

Just as remarkably, the lighthouse is still in operation, guiding ships to safety in 2015 using roughly the same technology that it has used for the past 140 years: a beacon flashing in a tower that’s high enough to be seen 11 miles away. For the past three decades, the lighthouse has been fully automated. The last human keepers left in 1986.

“The most fascinating thing to me is that this lighthouse still is standing,” tour guide Mike Thorpe said. “The walls are the original tongue-and-groove construction — no nails. All the ironwork is original from 1875. After all this time, the structural integrity of the lighthouse still is good.”

Renovations began in 2004, after ownership and management of the lighthouse passed from the federal government to a consortium of public and private organizations: the city of Annapolis, Anne Arundel County, the Annapolis Maritime Museum and the U.S. Lighthouse Society.

Initial estimates put the length of the project at about five years. But the lighthouse has only two heated rooms: the front parlor and the kitchen.

And the repairs were made almost entirely by volunteers who, realistically, could work only from mid-May until early November when the weather was mild, said Henry Gonzalez, vice president of U.S. Lighthouse Society and manager of the Thomas Point Shoal Lighthouse.

Finishing touches on the restoration are expected to be completed by Labor Day, he said.