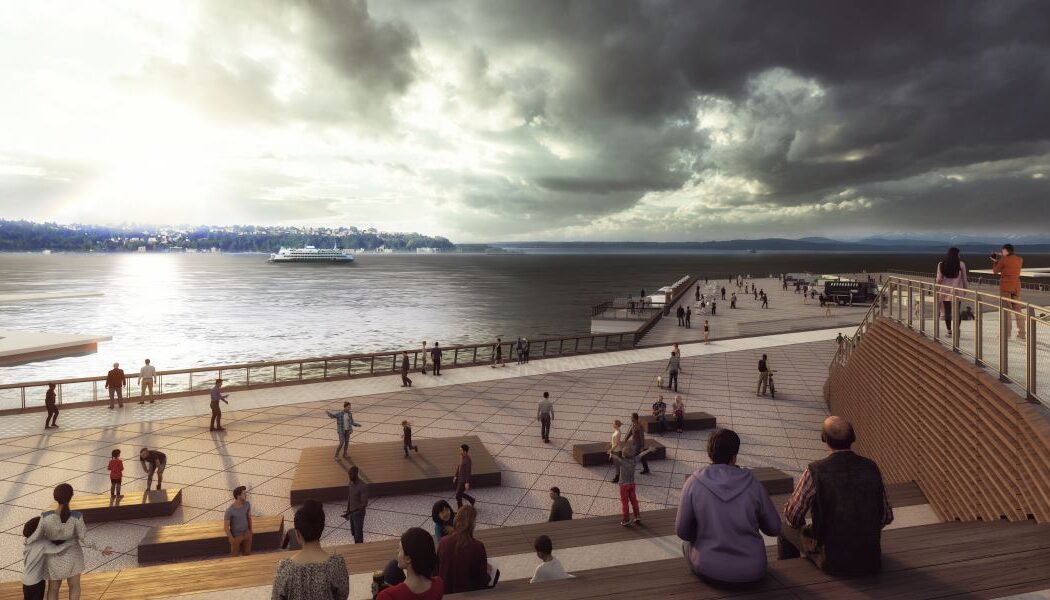 On December 9, 2021 in Seattle, Washington, the Friends of Waterfront Seattle announced a major philanthropic gift of $5 million from Amazon to support the construction of the $110 million, 20-acre Waterfront Park along the city’s central shoreline, which will be completed in 2024.

Amazon had already provided $7 million toward construction of the park through its participation in the downtown Waterfront LID, established as part of the overall funding plan for the new park. 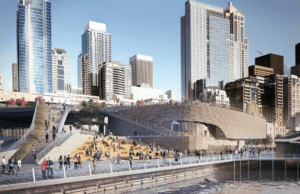 Seattle’s new waterfront will provide 20 acres of improved parks and public spaces along Seattle’s central waterfront to downtown. It includes a new promenade park from Pioneer Square to the Seattle Aquarium, two rebuilt park piers, and a new elevated park connection between the waterfront and Pike Place Market.

“From the demolition of the Alaskan Way Viaduct to the Seattle Squeeze to the massive overhaul of our waterfront, this has been a true community effort. Creating a stunning new waterfront with 20 acres of park land has always been our north star and I’m grateful to the taxpayers, businesses, and philanthropic leaders who are helping us achieve that vision,” said Seattle Mayor Jenny Durkan.

“This donation will help to complete Seattle’s new waterfront, and is more important than ever as Seattle, especially downtown, begins to recover from the devastating pandemic,” she added.

In 2019, Mayor Durkan signed legislation that finalized the funding for Seattle’s “Waterfront for All.” The unique package braided together City, State, private, and philanthropic resources to complete the 20 acres of public spaces, pier repairs, multimodal promenade, and an elevated pathway reconnecting Pike Place Market and downtown to the waterfront.

“Waterfront Park will transform Seattle,” said Amazon Senior Vice President and General Counsel David Zapolsky. “It is a bold, once-in-a-lifetime investment in our natural environment and in our cultural and civic lives. Amazon is proud to support this project and the future it represents for the city.”

Seattle Mayor-elect Bruce Harrell said, “This vision for a renewed waterfront unites everyone in our community around the common purpose of bettering our City. As Mayor, I am eager to help complete Waterfront Park and to be there to witness firsthand the connections it helps drive and revitalize between our community, the Salish Sea, and one another.”

Friends of Waterfront Seattle is the nonprofit partner to the City of Seattle responsible for helping to fund, steward, and program the park — today and into the future.

“We are enormously grateful to Amazon for stepping up to help create an extraordinary new gathering place that will be a tribute to the people, landscapes, traditions, and spirit of innovation that define our city,” said Thatcher Bailey, Executive Director of Friends of Waterfront Seattle.

In addition to raising $110 million by 2024 to fund park construction, Friends of Waterfront Seattle will provide funding and manage the programming and operations of the future Waterfront Park through management partnership with the City and other community partners. Park construction is led by the City’s Office of the Waterfront and Civic Projects.

The first piece of the park, the rebuilt Pier 62, is now open.