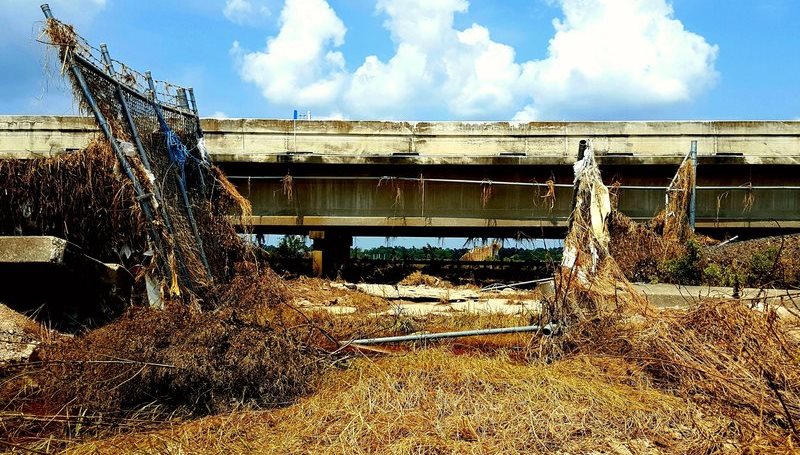 As if the risk of drowning and losing one’s home were not enough, another threat to Houston, Texas residents from 2017’s Hurricane Harvey was that it released deadly toxins from some of the 13 Superfund sites in the area. One of the most worrisome sites was the San Jacinto River Waste Pits Superfund Site.

About half a century ago, Champion Paper (now called International Paper) contracted McGinnes Industrial Maintenance Corporation to carry industrial waste and paper-mill sludge to a 20-acre dump site on the river bank. But the poorly-constructed clay impoundments eroded, and over half the site was submerged (even without floods), rendering the San Jacinto River deadly. 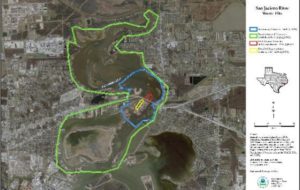 A 14-acre section of the site was put on the National Priorities List of the Environmental Protection Agency‘s (EPA) Superfund program in 2008. Among the many toxins found on the site were massive amounts of dioxin, a known carcinogen.

In 2014, Harris County, Texas settled a lawsuit against McGinnes, International Paper and Waste Management of Texas for polluting the river.

Back in 2011, the EPA ordered the responsible companies to cap the waste pits, but four years later they discovered that the cap was leaking. The cap was fixed, but news of the leak motivated Houstonians to demand that the EPA deal with the waste pits properly. At the time, the available options ranged from doing nothing to removing the waste entirely.

Now, on April 9, 2018 the EPA has announced that an agreement has been reached with International Paper Company and McGinnes Industrial Maintenance Corporation to perform a remedial design for the San Jacinto River Waste Pits selected remedy. The selected cleanup action should reduce the dangers posed by dioxin contamination.

The EPA’s cleanup plan, with support from state partners and the U.S. Army Corps of Engineers, includes installing engineering controls before excavating approximately 212,000 cubic yards of dioxin contaminated material for disposal. The estimated cost for the remedy is $115 million, representing a reasonable value for the cost incurred.

The agreement is a result of expedited negotiations between EPA and representatives from both International Paper Company and McGinnes Industrial Maintenance Corporation for design of the cleanup. The remedial design is estimated to take about 29 months to complete to ensure waste is safely and properly contained during construction and removal.

The design work will be performed by the companies under the oversight of EPA and Texas Commission on Environmental Quality. The current quarterly cap inspection and maintenance program will continue while the remedial design is being completed.

EPA’s decision is based on extensive studies of the contamination, and human health and environmental risks of this site. The final cleanup plan considers the ever-changing San Jacinto River, which encroaches on the site, while protecting important downstream resources including the Galveston Bay estuary.

EPA added the San Jacinto River Waste Pits Superfund Site to the National Priorities List of Superfund sites in 2008 after testing revealed contamination from dioxins and furans near the waste pits. The site consists of two sets of impoundments, or pits, built in the mid-1960s for disposing solid and liquid pulp and paper mill wastes that are contaminated with dioxins and furans.

While the remedial design is ongoing, the U.S. Department of Justice and EPA will begin negotiations with the potential responsible parties to enter into a consent decree regarding construction of the remedy.

“This agreement marks the next step in my commitment to the people of Harris County to expedite the remediation of the San Jacinto Waste Pits site,” said EPA Administrator Scott Pruitt. “EPA will ensure that the remedial design removes all the contamination as quickly and safely as possible and permanently protects the health and safety of the surrounding communities and the San Jacinto River.”

A bit earlier, on October 11, 2017 a cleanup plan to address the highly toxic dioxin contamination at the San Jacinto Waste Pits was approved. The EPA claims that selected remedy will protect human health and the environment by removing highly contaminated material from the site and securing less contaminated areas.

The plan is designed to provides certainty to people living near the site by permanently addressing risk posed by the contamination. It should also provide certainty to other economic interests including the businesses that rely on the San Jacinto River for navigation and the Interstate-10 transportation corridor. 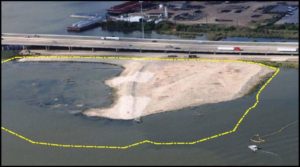 EPA’s cleanup plan includes installing engineering controls such as cofferdams before excavating almost 212,000 cubic yards of dioxin contaminated material for disposal. A small amount of material will stay on the site where controls will prevent access, eliminate off-site migration and monitor the natural recovery into the future. The estimated cost for the remedy is $115 million and is cost-effective; representing a reasonable value for the cost incurred.

EPA’s final cleanup plan, called a Record of Decision, addresses comments on the proposed plan concerning the risk of water spreading dioxin contamination downstream by installing controls such as cofferdams to allow for dry excavation of the waste material. Changes in the construction method will effectively eliminate any potential for spreading contamination to downstream areas. The $97 million proposed plan outlined wet excavation of material. EPA’s decision, fully explained in the Record of Decision, is based on extensive studies of the contamination, human health risks, and environmental risks of this site.

The final cleanup plan considers the ever-changing San Jacinto River, which encroaches on the site, and protecting important downstream resources including the Galveston Bay estuary. EPA’s selected remedy will permanently address the highly toxic dioxin waste materials, meets the federal regulatory requirements of the National Contingency Plan for cleanup of hazardous sites, and is protective of public health and the environment. EPA will release an Administrative Record, which consists of all documents used to support its selected remedy.

Feature photo by Rebecca Hersher / National Public Radio shows 2017 floodwater damage of the area on the other side of the road from the San Jacinto Waste Pits Superfund site.