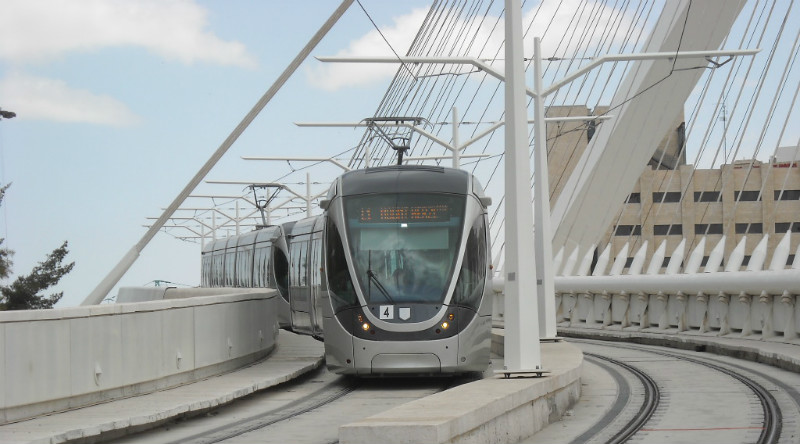 Before the light rail started operating, the heart of the city was slowing emptying out. “Jerusalem’s old downtown district, at the center of which are Jaffa Street and Ben Yehuda Street, had for over a decade been suffering as businesses closed and residents moved out,” says Matthew Krieger, a rep for GK Public Relations at the Congress’s Jerusalem stand. “Additionally, Jaffa Street had terrible congestion problems, making it very unpleasant to drive to the area.”

The light rail project, since it started operations, has had a renewing effect on this part of Jerusalem.

According to Krieger, the renewal of the city’s center main roads “has in turn encouraged more businesses to come back to the center of the city, as well as encouraged housing developers to start building new, modern apartment complexes all along Jaffa Street and around Ben Yehuda. The area today is a flourishing green district, with new residents moving in on a daily basis and new businesses choosing to locate there.”

The light rail moves around 140,000 passengers a day and has since become the heart of Jerusalem’s transportation network, connecting Muslim, Ultra-Orthodox and Israeli communities.

Note from Storm: When doing some work for the Israel Planners Association, I attended an early planning meeting on the revitalization of Jerusalem, before the light rail was built. I’m very happy to see that Jerusalem’s light rail has been a success—for the Israelis, at least (the light rail also connected illegal settlements in the West Bank)—after so many very challenging problems.