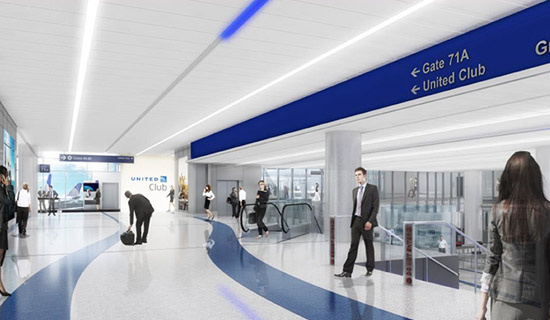 For decades, Los Angeles International Airport (LAX) has been known for crowded gates, drab terminals, scarce amenities and ungodly traffic. It’s a place that international visitors and lifelong Angelenos alike avoid if at all possible.

That’s a troubling prospect for a region that thrives on tourism, international trade with Asia and Latin America, and industries such as defense and aerospace manufacturing that are heavily intertwined with global travel.

The last time LAX updated its international terminal was when the city hosted the 1984 Summer Olympic Games. By the time the torch is lit for the 2024 Olympics, which L.A. hopes to host, almost every corner of the airport is expected to be upgraded.

Los Angeles will have plenty of competition as it tries to build the best airport in the United States. After years of coping with cost-conscious airlines and accommodating ever-changing security processes, U.S. airports are turning their focus back to improving their product.

Overall spending on airport capital improvements is expected to reach $13 billion a year by 2019, a 30 percent increase compared to the previous five-year period, as a “renovation race” gains momentum in U.S. airports nationwide.