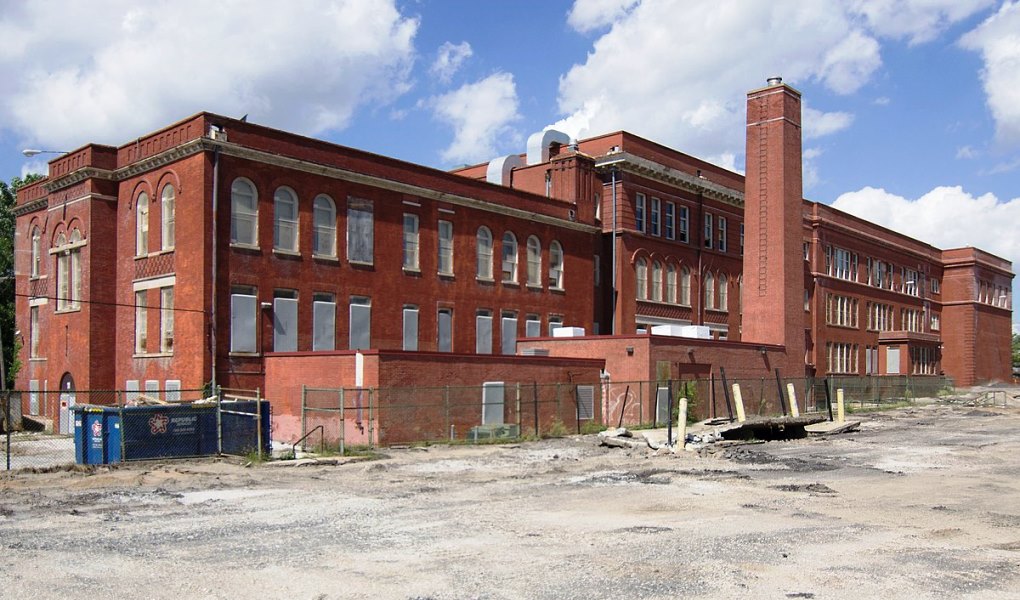 On October 28, 2021, the Commission on Chicago Landmarks honored 12 exceptional redevelopment projects at the 2021 “Preservation Excellence Awards,” including the restoration of Union Station, the adaptive reuse of the former Cook County Hospital, the rehabilitation of two 19th century homes in the Old Edgebrook District, and the adaptive reuse of the former West Pullman School.

The awards, established in 1999, are presented annually to individuals, nonprofit organizations, businesses, and public agencies that have worked to preserve Chicago’s architectural and cultural heritage. Honored during a virtual award ceremony, the winners were chosen from dozens of projects reviewed by the Landmarks Commission’s Permit Review Committee over the last year.

“Whether reimagining a Chicago icon like the Old Main Post Office, or awakening a ‘sleeping beauty’ like the shuttered 1894 school in Pullman, each of the projects honored today represents an enormous commitment to preserving Chicago’s past,” said Commissioner Maurice Cox of the Department of Planning and Development (DPD), which provides staff services to the Commission on Chicago Landmarks.

Here are the honored projects:

First put into service in 1925, the building has served as a grand entrance to downtown Chicago for commuters and tourists alike for nearly a century.

One of the most monumental adaptive reuse projects in Chicago history, the 107-year-old hospital building was converted into a 210-key dual branded hotel with ground-floor retail space, a small museum, and office space for Cook County Health and Hospital Systems. The extensive exterior work included masonry cleaning, terra cotta and brick repairs, and selective replacement on all elevations.

The interior scope of work included interior restoration of double-height lobby and corridor spaces, repairs to the exit stairs for code requirement, improvements to the five passenger elevators, and all new electrical, plumbing, fire protection and mechanical systems.

Following a DPD-led Request for Proposals process that forced a private sale, the 2.5-million-square foot Old Main Post Office was converted into one of Chicago’s premier office spaces, attracting first-rate tenants such as Walgreens, Uber, Pepsico and Cisco.

In addition to the extensive exterior work, the historic Van Buren lobby was fully restored, including figurative bas-relief tiles and monumental ceiling chandeliers. The newly-developed rooftop space, which is equal in length to three city blocks, includes amenities such as special event space, landscaped meadows with walking paths, as well as tennis and basketball courts.

Shuttered in 2013, the 1894 school building was converted into a 60-unit affordable senior housing complex, with a third of the units reserved for residents making between 15 and 30 percent of Area Median Income.

Converting the school for residential living required brick masonry repairs, select window replacement, and rehabilitation of former classrooms to accommodate new cooking and bathroom facilities. Original woodwork in former classrooms and assembly spaces was preserved, and historic chalkboards were retained for use by the units’ residents.

One of 51 Forest Glen properties that make up the Northwest Side district, this Lundy Avenue home is a 2.5-story Victorian constructed in 1895.

Down the block in the same district is another 2.5-story Victorian that dates to 1896. The sensitive rehabilitation, which included a mixture of interior renovation and exterior repairs, returned the house to a more historic appearance while providing the owners with living space amenities comparable to new construction.

Designed by Adler & Sullivan and completed in 1882, the five-story Ruskinian Gothic building is the oldest surviving structure from the architects’ iconic partnership.

The project team for the building’s rehabilitation used archival documents including photographs and original plans to replicate missing facade details. Windows throughout the building’s upper floors were retrofitted for sound attenuation due to their proximity to the elevated tracks without compromising their historic appearance..

The modest two-story commercial structure dates to 1905 and represents a typical retail property constructed in North Side commercial districts during the first two decades of the 20th century.

The work removed several incompatible alterations to the storefront and replaced them with new bricks to match the historic in size, color and texture. Terra cotta window surrounds were also retained, cleaned and repaired. The unveiling and rehabilitation of the historic façade has breathed new life into a previously overlooked building within the Uptown Square landmark district.

The Motor Row District is considered to be the country’s largest, intact, early “motor colony” from the first decades of the 20th century. The 1917 former Moline Automobile Showroom building honored today was rehabilitated with extensive improvements to the building’s primary façade to create a more inviting retail frontage and better pedestrian experience along this stretch of South Michigan Avenue.

The rehabilitation of the Moline showroom is one of three recent façade improvement projects completed in the Motor Row landmark district by the award recipients, Windy City Real Estate.

The 1880s rowhouse’s wood windows were in bad disrepair prior to the rehabilitation, which included the replacement of appropriate windows, the restoration of the ornamental cornice, and reconstruction of a compatible wood landing and staircase at the home’s main entrance.

The Romanesque Revival-style rowhouse dates to the 1890s, and was one of nine completed on this block of Berkeley Avenue. The historic residences were developed by Leander Hamilton McCormick, whose brother Cyrus invented the McCormick reaper.

The Irish-inspired 1886 castle structure is one of the most prominent buildings in the Longwood Drive District and itself an anchor of the Beverly community.

In addition to reconstruction of the turret, work included structural reinforcement, roof replacement, repointing mortar joints, and new gutters and downspouts. The project was awarded a $240,000 grant from DPD’s Citywide Adopt-a-Landmark Fund.

Photo of West Pullman Elementary School is by Kevin J. Woolfolk via Wikipedia.