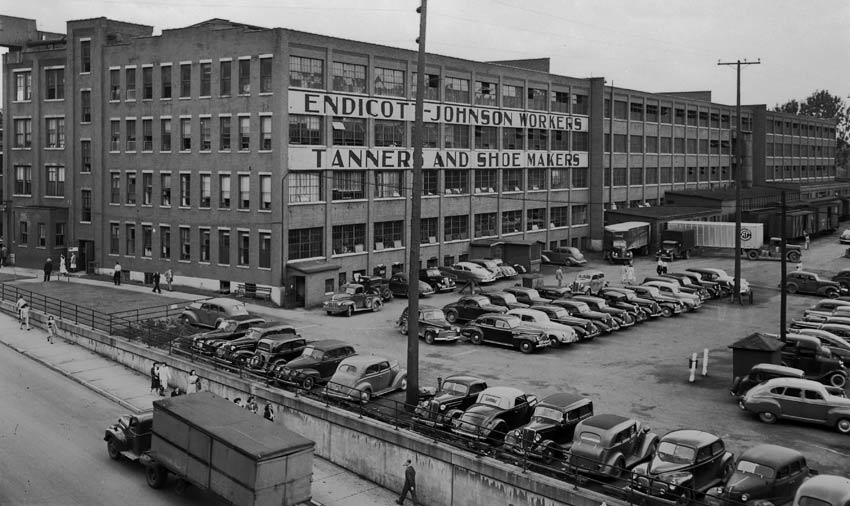 On March 26, 2018, New York Governor Andrew M. Cuomo announced that over $9.7 million had been awarded to 12 Southern Tier municipalities through Round 5 of the Restore New York Communities Initiative.

Senator Tom O’Mara said, “Restore NY is an important building block for the restoration and revitalization of quality communities throughout the Southern Tier region and statewide. It’s proven to be a useful tool to spark local economic development, create local jobs and energize community pride.”

“Downtown communities are vital to keeping our economies thriving and to attracting businesses and families to put down their roots in New York,” Governor Cuomo said. “The Restore New York Communities Initiative recognizes communities teeming with potential and invests in their transformation and their future, and turns them into neighborhoods New Yorkers are proud to call home.”

“Traveling across the State, I see the many buildings in communities that have great possibilities to be restored with the charm they once had,” said Lieutenant Governor Kathy Hochul. “With this Restore New York funding, we’re committed to ensuring that our localities have the resources they need to pursue new development projects and transform abandoned properties. The Restore New York initiative continues to work with local leaders and stakeholders to unleash the full potential of economic development opportunities across the State.”

Round 5 of the Restore New York Communities Initiative was enacted in the FY 2017 State Budget, and Empire State Development (ESD) was designated to implement the program. Cities, towns and villages were all eligible to apply for support for projects that include demolition, deconstruction, rehabilitation or reconstruction of vacant, abandoned, condemned and surplus properties. Projects located in economically distressed communities were emphasized and encouraged.

ESD President, CEO and Commissioner Howard Zemsky said, “Restore New York partners with municipalities to back projects that can have a transformative impact on neighborhoods and downtowns throughout the state. With our support, cities and towns are tearing down vacant, blighted buildings and rehabilitating outdated structures to help revitalize their community and generate new economic opportunities.”

Senator James L. Seward said, “Our local communities are taking key steps to rebuild historic buildings, rejuvenate downtown districts, and enhance economic growth. This latest round of Restore New York grants will stimulate those ongoing efforts. The projects receiving funding in my senate district in Cortland, Homer, Sherburne, and Oneonta are significant on their own, but they will also attract additional investments and development that will lead to lasting success.”

Assemblymember Barbara Lifton said, “I’m very pleased to hear about the important projects in my Assembly district that will be supported by this latest round of Restore NY funding. From the transformation of a vacant parking lot into a new building that will house retail and not-for-profits in the City of Cortland to the creation of much-needed housing in the City of Ithaca, this funding will bring major community benefits. Congratulations to the award recipients and to everyone involved in making these ground-breaking projects a reality.”

This new funding complements “Southern Tier Soaring” the region’s comprehensive blueprint to generate robust economic growth and community development. The State has already invested more than $4.6 billion in the region since 2012 to lay for groundwork for the plan – attracting a talented workforce, growing business and driving innovation.

Assemblymember Donna Lupardo said, “The Restore NY program has been an important tool for our region’s redevelopment. Property remediation can add substantial costs to many local projects. With the help of Restore NY, we’ve been able to attract more private dollars to address blighted properties and other development opportunities.”

Today, unemployment is down to the lowest levels since before the Bush administration’s Great Recession; personal and corporate income taxes are down; and businesses are choosing places like Binghamton, Johnson City and Corning as a destination in which to grow and invest. Now, the region is accelerating Southern Tier Soaring with a $500 million State investment through the Upstate Revitalization Initiative, announced by Governor Cuomo in December 2015. The State’s $500 million investment will incentivize private business to invest well over $2.5 billion – and the region’s plan, as submitted, projects up to 10,200 new jobs.

Historic photo of factory in Endicott, New York by anonymous.