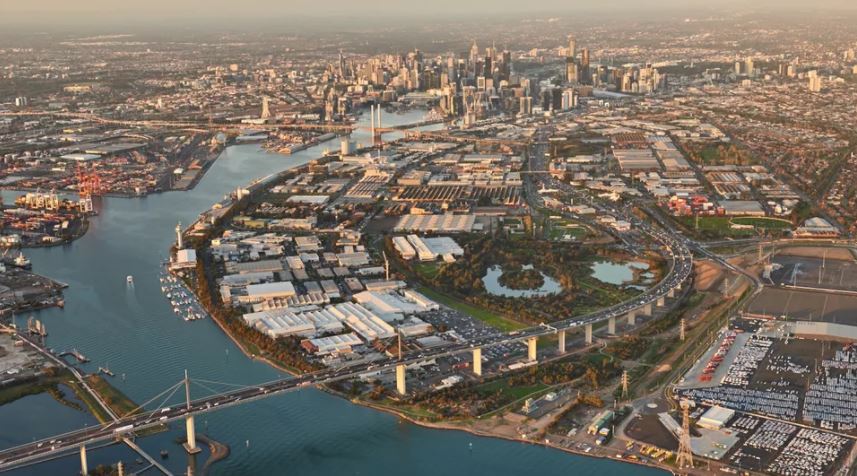 In cities all around the globe, urban redevelopment is breathing new life into neglected parts of cities. The universal goal is to transform under-utilized and disused areas into spaces that help urban areas adapt to changing population and cultural requirements.

With 70 per cent of the world’s population predicted to live in urban areas by 2050, the number of major scale multi-billion dollar projects are on the rise.

A publication called The Urban Developer has assembled an overview of thirteen multi-billion-dollar redevelopment efforts that illustrate this global trend at work. Most of the true redevelopment projects will be familiar to long-term readers of REVITALIZATION.

We say “true redevelopment” because the 13 stories they’ve chosen to feature include some sprawl projects. But, while their article doesn’t always support its urban renewal theme, there’s no doubt that repurposing, renewing, and reconnecting (the 3Re Strategy) urban properties is a rapidly-growing trend already in the hundreds of billions of dollars annually. We include all 13 of their chosen projects here partly to illustrate the continuing confusion in the terminology surrounding urban redevelopment:

an EU$3.1 billion development on 80-hectares of farm land. This is actually sprawl, and doesn’t belong in an article about “urban renewal”, but hey: it’s their article; Todtown in Shanghai China: A mixed-use $1.5 billion redevelopment of Shanghai’s Minhang District. It will feature green roofs and many green spaces;

Fishermans Bend (pictured at top) is the $4.5 billion mixed-use revitalization of 480 hectares of former industrial land.

The long-running effort to revitalize 190 hectares of post-industrial “wasteland” started in 1997, and is expected to be finished in 2025; 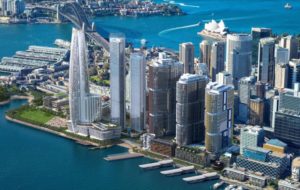 This is an $8 billion mixed-use revitalization of a 22-hectare dead zone in Sydney Harbour.

They claim that it will help restore the ecological health of the harbour by returning water that cleaner than what this new waterfront community takes out.

I (Storm Cunningham) was privileged to see this spectacular project coming together when I was in Sydney and Perth in 2015, keynoting two conferences for the Planning Institute of Australia plus another event for the Green Building Council of Australia;

Again, as with Europa City (above), this is purely a sprawl project, not “urban renewal” at the article states. This massive new $60 billion development in the desert 45 kilometers east of Cairo is intended to house for up to five million people, with malls, government buildings, a theme park, energy farms and a newly established airport, across a 270 square-mile-site.

This $6 billion project brings a former military property back to life to accommodate the city’s rapid population growth. The closed base covers 8.7 million square meters, will provide some 50,000 new residences in seven towers, and is expected to open this year.

The 16-acre former site of the Twin Towers, will include fourteen buildings. One of them will be Freedom Tower, which will be the tallest building in a city of tall buildings. It will also include the 9/11 Memorial and museum, a performing arts centre, a mall, a transit hub, and park.

At some $25 billion, this redevelopment of the air space over the rail yard is the largest real estate transaction in New York City history. It has been a long time coming, and finally became economically viable when the site was connected to Manhattan’s revitalization High Line Park.

Once again, this $14 billion project is pure sprawl, NOT urban renewal. It’s the largest housing project in Los Angeles County, and critics say it is destroying critically-important wildlife habitat. Some 21,500 new residential units are expected here by 2035.

This $3.2 billion mixed-use project is reusing the 100-hectare site of the Italian Expo. It will be the largest automobile-free area in Europe, boasting 168,000 square meters of parks. Pedestrians and bicyclists will rule here.

This 15-year, $2.9 billion redevelopment of the almost half-century-old Brisbane RNA showgrounds is about halfway complete. It’s projected to bring about $300 million of economic revitalization to Queensland, accommodate a rapidly-expanding population, and foster some 2000 new jobs.

Elephant and Castle in London, England:

This $5.3 billion urban regeneration project is intended to repurpose a distressed area of the city in a way that houses s growing population. By 2025, some 3000 new homes will appear, in a mix of low-rise apartment plus a luxury tower block and townhouses. Being mixed-use, it will also have about 30,000 square meters of retail, plus a new park and university campus.