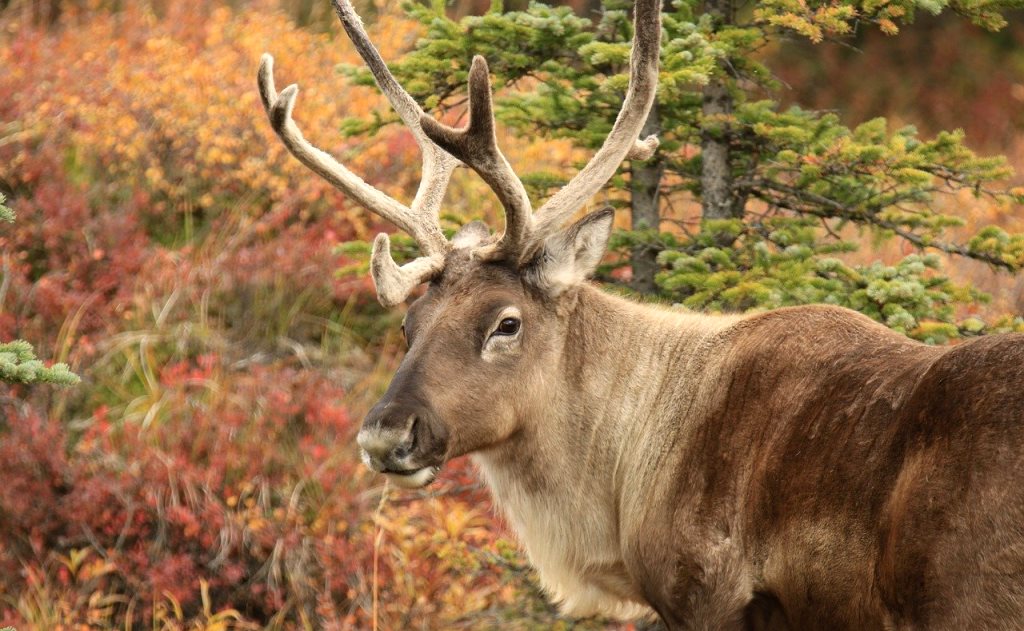 On January 7, 2022—supported by funding from the government of the province of British Columbia (BC) and Canada‘s federal government—the Habitat Conservation Trust Foundation approved 14 grants for new and ongoing projects to help restore caribou habitat in British Columbia.

The 2021 grants were allocated through the foundation’s Caribou Habitat Restoration Fund and total more than $1.65 million.

In 2018, the BC government committed $8.5 million to support the foundation’s work. In 2021, the Government of Canada contributed a total of $5 million over five years for projects that will benefit the Central Group of Southern Mountain Caribou. Five of the approved projects from 2021 will be co-funded by the BC government and Environment and Climate Change Canada.

Activities, such as urbanization, forestry, mining, oil and gas, and roadbuilding work, have altered caribou habitat. Activities that help restore caribou habitat include:

One of the 14 funded projects is being conducted within a newly protected area under the Intergovernmental Partnership Agreement for the Conservation of the Central Group of Southern Mountain Caribou.

The Mount Rochfort project is led by the Nîkanêse Wah tzee Stewardship Society in co-operation with Wildlife Infometrics and Canadian Forest Products Ltd.

With the support of a $192,617 grant provided by the Habitat Conservation Trust Foundation, habitat is being restored along a 156-kilometer stretch of road in the Klinse-za caribou-herd area, adding about 7,865 hectares of habitat and contributing to a total of 26,322 hectares of connected caribou range.

Since 2018, the Habitat Conservation Trust Foundation has provided 32 grants worth approximately $3.9 million for 23 projects led by First Nations, government, industry and not-for-profit societies.

The Province’s support of this grant program is part of an ongoing and multi-faceted approach to caribou recovery in British Columbia. Its recovery program aims to restore this iconic Canadian species to a sustainable population.

The Province initially provided $2 million to the Habitat Conservation Trust Foundation in April 2018 for a caribou habitat restoration program, and then committed another $6.5 million over three years as part of a multi-year agreement between the Province and the foundation. The goal is to rehabilitate areas that have been prioritized for caribou habitat restoration.

Since its inception in 1981, the Habitat Conservation Trust Foundation has invested more than $195 million in grants to support more than 3,200 conservation projects in BC, with the goal of restoring, maintaining or enhancing native fish and wildlife populations and habitats.

Caribou recovery is a complex challenge, requiring multiple management tools applied across the landscape to address it. Wolves and cougars are the primary predators of caribou in most herds, and predator reduction efforts can have immediate, positive impacts on caribou populations.

Ongoing research has shown that this management approach can be an effective way to decrease predator pressure on BC’s threatened caribou herds while caribou habitat is addressed through restoration and/or protection.