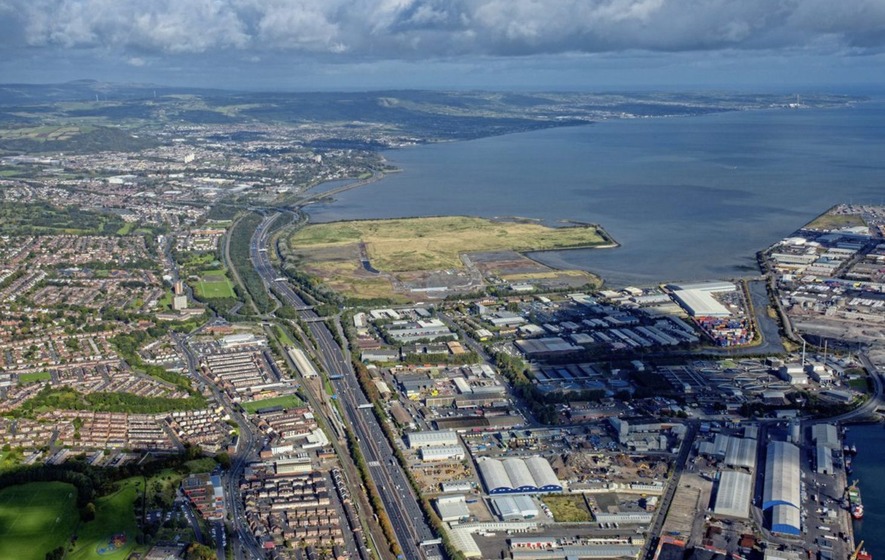 On September 3, 2018 in Belfast, Northern Ireland, the Belfast City Council approved plans to regenerate Giant’s Park on the North Foreshore, for commercial leisure and mixed-use redevelopment proposal on a 250-acre portion of the site.

It’s hoped that a £93 million visitor attraction will completed by 2026. It will comprise four distinct zones or “hubs”: a welcome hub, a leisure and sports innovation hub, an adventure hub and a theme park hub. It is estimated that the development by Giant’s Park Belfast Ltd. will create 200 construction jobs and sustain up to 1,400 jobs on the visitor attraction when operational.

Members also approved the lease of two sites through Lisney commercial estate agents for Evermore Ltd.’s proposed £27 million development of a data centre to support the digital economy and Viridian Ltd.’s plans for a £20 million anaerobic digestion facility to generate and export electricity from organic waste.

Alderman Jim Rodgers, Chair of Belfast City Council’s Strategic Policy and Resources Committee said: “I’m very much looking forward to seeing this area of the city really coming to life through our regeneration plans. Not only does Giant’s Park offer businesses excellent connectivity through our airports and motorways, there’s the obvious additional benefit of being able to recruit from Belfast’s strong skills and talent base.”

“We’ve made a firm commitment to stimulating job creation in the Belfast Agenda, and it’s the central objective of the Belfast Region City Deal proposition that we’re currently working on with our partners. By developing this vast site, we stand to gain jobs, visitors, and vital rates income which we can reinvest in Belfast,” he continued.

Giant’s Park is already home to a £20 million state of the art film studio complex, developed by Belfast Harbour, with NI Screen marketing the film studio to its global industry contact network.

The Giant’s Park infrastructure project was part-funded by Invest Northern Ireland (£1.6 million) and the European Regional Development Fund (£2.2 million), under the European Sustainable Competitiveness Programme for Northern Ireland, along with investment from Belfast City Council.