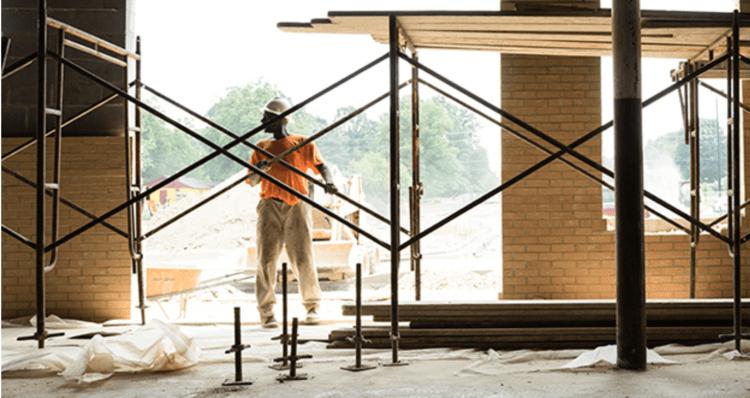 In Pennsylvania, Governor Tom Wolf recently announced that Commonwealth Cornerstone Group has completed a New Markets Tax Credit transaction of $16.5 million to help fund construction of a new shopping complex and 98 mixed-income units of rental housing along the distressed 2000-2200 block of Ridge Avenue in North Philadelphia.

“This new development can help revitalize the Sharswood-Blumberg area of north Philadelphia,” said Wolf. “The investment of New Markets Tax Credits in this mixed-use development is a good first step to bring positive change.”

The 231,000-square-foot commercial shopping complex already has four major tenants lined up to begin business when construction is completed. They include a Grocery Outlet Market, an Everest Urgent Care/Adult Daycare center, a Santander Bank branch office, and a Wingstop restaurant.

“This development is consequential to the revitalization of the Sharswood/Blumberg community,” said Greg Reaves, principal, Mosaic Development Partners. “Our team is thrilled to have Commonwealth Cornerstone Group make such a significant commitment, along with the other tax credit and private investors, to bring these essential services and high-quality housing to a community in need.”

The mix of commercial and residential tenants, paired with the improved streetscape, is part of a revitalization effort led by the Philadelphia Housing Authority to reinvigorate the Sharswood neighborhood in North Philadelphia that has seen years of disinvestment.

Mosaic Development Partners and Shift Capital, two local community impact developers, led the effort along with the Philadelphia Housing Authority, which has been heavily involved in this development and has identified it as a community anchor in the Sharswood/Blumberg Neighborhood Transformation Plan. According to the plan, the economic revitalization of the Ridge Avenue corridor will provide basic amenities like a grocery store and a health care clinic to improve the quality of life there. That part of North Philadelphia currently is described as a food desert and a medically underserved area.

“Investment is sorely needed to bring improvements in that part of North Philadelphia,” said PHFA Executive Director and CEO Robin Wiessmann. “The goal of Commonwealth Cornerstone Group is for these tax credits to bring a project to fruition that has tremendous potential to start positive momentum in the Sharswood-Blumberg area.”

This project is expected to create 109 temporary, full-time construction jobs. Following construction, all the employers at the site will create 100 full-time equivalent jobs. The weighted average wage for all tenants is anticipated to be $13.40/hour. The MIT living wage for Philadelphia County is $12.64/hour. According to economic estimates, the project’s construction costs will support 27 indirect jobs, and the businesses located at the site will support 28 indirect jobs.

The goal of Commonwealth Cornerstone Group (CCG), through its administration of New Markets Tax Credits, is to fund projects in key areas of communities that have historic or cultural value and offer opportunities to spark economic revitalization. CCG utilizes NMTCs to provide loans and equity investments for business expansion, mixed-use development, and community facilities across Pennsylvania. Examples of past developments that have benefited from CCG’s investment of tax credits include Mill 19 at Almono in Pittsburgh, the Susquehanna Health Innovation Center in Williamsport and Eastern Tower in Philadelphia. Learn more at: commonwealthcornerstone.org.

The New Markets Tax Credit Program was established by Congress in 2000 to spur new or increased investments in operating businesses and real estate projects located in low-income communities. The NMTC Program attracts investment capital to low-income communities by permitting individual and corporate investors to receive a tax credit against their federal income tax return in exchange for making equity investments in specialized financial institutions called community development entities, such as Commonwealth Cornerstone Group. The program is administered by the U.S. Department of the Treasury.