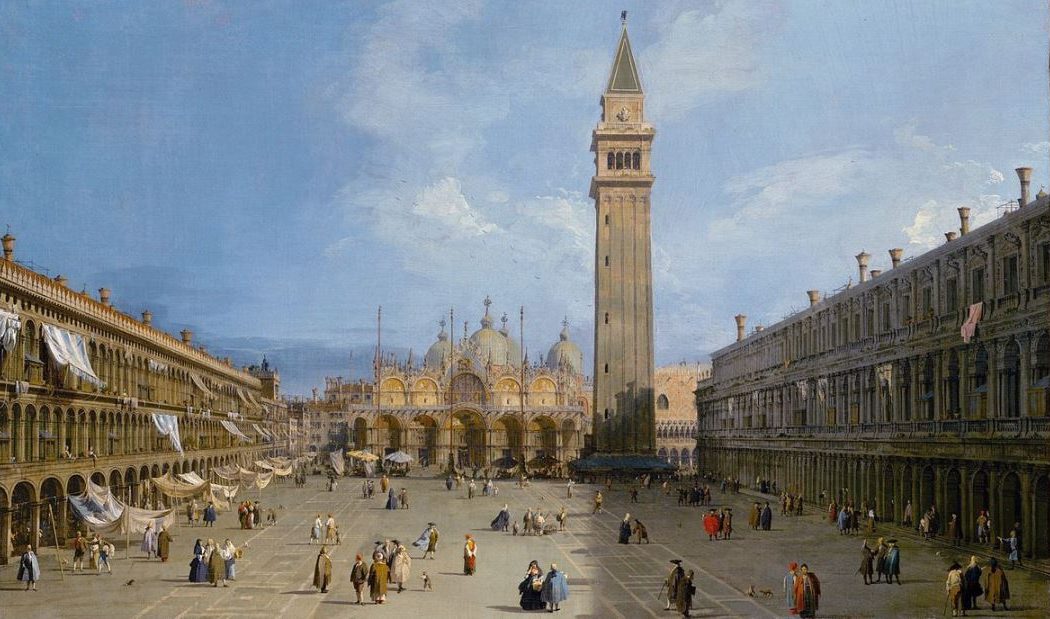 The Procuratie on the Piazza San Marco (St Mark’s Square) in Venice, Italy are three connected buildings connected to St Mark’s Clocktower. They are historic buildings over arcades, the last of them completed during Napoleon‘s occupation.

The oldest of the buildings is the Procuratie Vecchie on the north side of the Square, built as a two-story structure in the twelfth century, to house the offices and apartments of the procurators of San Marco. They were rebuilt after a fire in the sixteenth century as a three-story structure by Codussi, which still betrays something of its Gothic roots.

Now, following an international competition, the Italian insurance company GeneraliDavid Chipperfield Architects Milan to repair and reconfigure the Procuratie Vecchie as the headquarters for its new social foundation, The Human Safety Net. For the first time, large parts of the building will be accessible to the public for exhibitions and events.

Completed in the sixteenth century by Jacopo Sansovino, the Procuratie Vecchie dominates the north side of St Mark’s Square. Its monumental façade would go on to establish the classical language for the subsequent developments on the southern and eastern sides. Behind the façade, however, centuries of modifications from multiple occupancy have severely compromised its internal structure.

The project will reunify the interiors of the Procuratie and introduce clarity to the building, establishing suitable spaces for the foundation, as well as improving circulation. DCA Milan is also involved in a longer-term plan to create a public route through the Procuratie Nuove to the Giardini Reali on the Bacino di San Marco waterfront, the restoration of which is also being funded by Generali.

The Human Safety Net seeks to unlock the potential of disadvantaged people so that they can transform the lives of their families and communities. It’s inspired by the idea of “chain aid”, where those who benefit may one day give back to someone else, creating a ripple of positive change that extends worldwide. The chain is envisioned to be filled with volunteers, experts, and others who all share a common connection to the movement. They believe that everyone should have the opportunity for a better life through a sustainable livelihood.