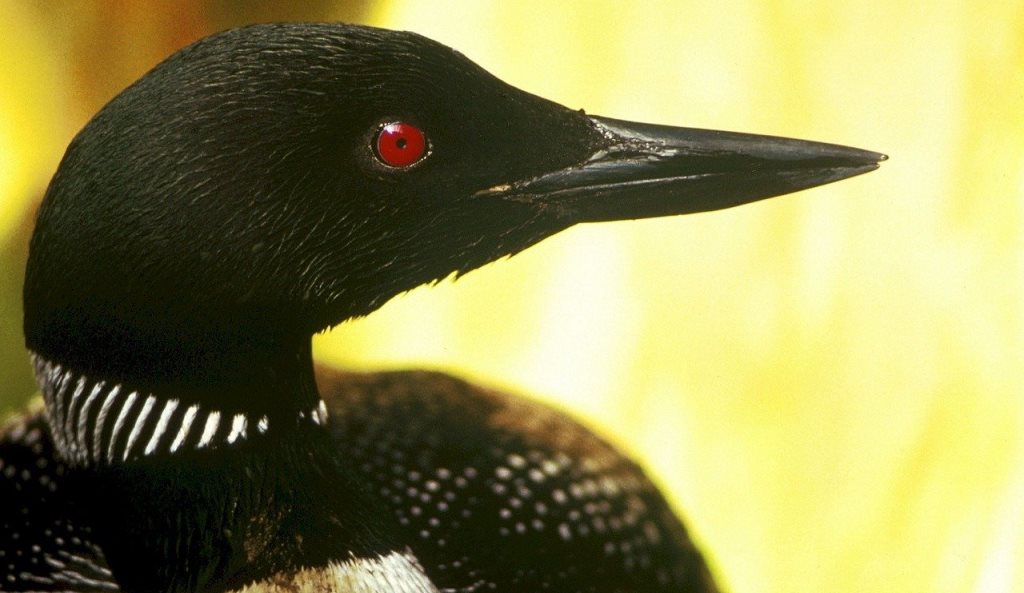 In April of 2003, the Bouchard Barge‐120 (B‐120) oil spill (the Spill) damaged more than 100 miles of Buzzards Bay and its shoreline and nearby coastal waters in both Massachusetts and Rhode Island. Birds were exposed to and ingested oil as they foraged, nested, and/or migrated through the area. 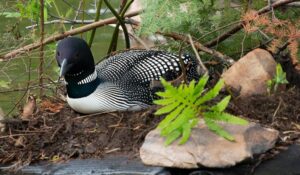 Common Loon in nest. Image by Jody Parks from Pixabay.

The National Oceanic and Atmospheric Administration (NOAA), U.S. Department of the Interior (DOI) (acting through the U.S. Fish and Wildlife Service [USFWS]), the Commonwealth of Massachusetts (acting through the Executive Office of Energy and Environmental Affairs [EEA]), and the State of Rhode Island serve as the natural resource Trustees (Trustees) responsible under the Oil Pollution Act of 1990 (OPA) (33 U.S.C. § 2701, et seq.) for ensuring the natural resources injured from the Spill are restored. As a designated Trustee, each agency is authorized to act on behalf of the public under State1 and/or Federal law to assess and recover natural resource damages, and to plan and implement actions to restore, rehabilitate, replace, or acquire the equivalent of the natural resources or services injured or lost as a result of an unpermitted discharge of oil.

After more than 5 years spent assessing impacts to natural resources resulting from the Spill, in November 2010, the Trustees and the Bouchard Transportation Company, Inc., the Tug Evening Tide Corporation and the B. No. 120 Corporation, the Responsible Parties for the Spill, negotiated a mutually agreeable settlement for a portion of natural resource damages, including shoreline and aquatic resources, piping plovers, and lost natural resource uses.

In January of 2018, the Trustees and Responsible Parties negotiated a second consent decree for the remaining natural resources injured as a result of the Spill, which included common loon, common and roseate terns, and all other affected bird species.

The purpose of restoration is to make the public “whole” for injuries resulting from the Spill by implementing one or more restoration actions that return injured natural resources and services to baseline conditions and compensate for interim losses. Through the development of Draft and Final Restoration Plans consistent with guidance in OPA and the National Environmental Policy Act (NEPA) (42 U.S.C. §§ 4321‐ 4347), the Trustees identify and evaluate preferred restoration alternatives and provide the public with an opportunity for review and comment.

Restoration of shoreline and aquatic resources, lost recreational uses and piping plovers was addressed in prior restoration plans (NOAA et al. 2014; USFWS et al. 2012). This Final Restoration Plan (RP) is intended to provide compensatory restoration for injuries to common loon and all other remaining bird species affected by the Spill, with the exception of common and roseate terns.

A separate restoration plan for common and roseate terns and other shorebirds will be prepared following additional restoration project alternative analyses for those species. Throughout the injury assessment and restoration planning process, the Trustees consulted with Federal and State wildlife agency experts, as well as organizations and individuals familiar with common loon and other injured bird species.

These experts and organizations provided input on injury estimations and potential restoration alternatives. The Draft RP was provided to the public in August 2019 for a 60-day comment period to both fully explain the injury assessment process and gain additional input from the public on the proposed restoration alternatives. The Trustees also held an informational public meeting and webinar on September 12, 2019.

The preferred restoration alternatives include specific restoration projects in two categories of injured birds: (1) common loon; and (2) other birds injured during the Spill. A suite of projects (e.g., translocation, rafts, signs and wardening, breeding habitat protection, and reducing individual common loon mortality by rescue and rehabilitation of stranded birds, and through reducing lead exposure with lead tackle exchange programs and public outreach) was selected to restore the loss to common loon; and two alternatives (habitat protection and common eider nest site management) were chosen to restore the loss to other bird species.