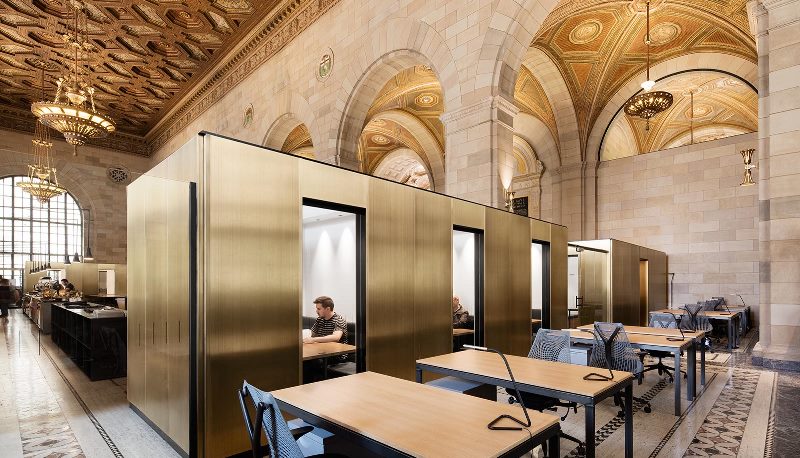 A former Royal Bank of Canada office in a 1928 neoclassical skyscraper in Old Montreal, Québec has found new life as a collective office and café for the young tech company Crew. 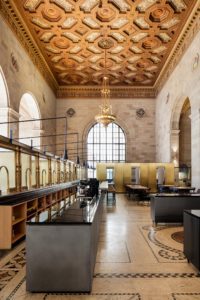 Arch­itect Henri Cleinge has created an elegant work­place through the skillful integration of the original architectural elements with a rich new material palette, adding contemporary flair to a historic space.

Crew wanted a casual, flexible environment with a variety of work spaces, both private and public. Cleinge, whose work embraces simple forms and the use of raw materials, designed a layered space that comprises a public café, conference rooms and desks for the Crew team, and rentable “V.I.P.” desks and “quiet bunks” for freelancers.

“The first design challenge originated from the client’s requirements – how to elaborate an architectural relationship and construct boundaries between the various program functions,” said Cleinge. “The second challenge became a deeper questioning on how to approach design in the context of a heritage building.”

Old banks are ideal for adaptive reuse, and other examples from around the world include a cultural venue in Chicago and a dental surgery in Porto, Portugal.