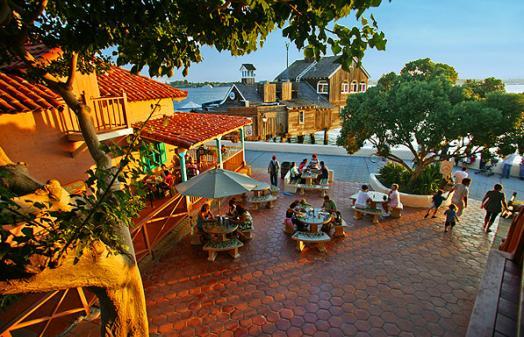 The waterfront destination’s lease is up in 2018, and the Unified Port of San Diego will look at six redevelopment proposals next week.

“The lease is up and we are reimagining it and redeveloping it,” Port Chairman Marhsall Merrifield confirmed.

“There are not many places like this in the world,” said Yehudi “Gaf” Gaffen, one of the developers looking to redevelop the area.

“We’re building this for the public, this is public land,” he added. “Change is hard. I think we all know that when change is coming it creates a lot of anxiety.”

July 22, 2016 update: A plan for a 70-acre waterfront redevelopment in San Diego is moving closer to reality now that the San Diego Port Authority Commission has voted to back a $1.2 billion proposal that would include a 480-foot-tall SkySpire observation tower.

The commission is expected to complete a final review of the Seaport San Diego plan by October. It was one of 11 received by the SDPAC for a redevelopment of San Diego’s Seaport Village and Central Embarcadero area.

The spire, which would be erected by ThrillCorp Inc. of Orlando, Fla., is part of a mixed-use project proposed by a consortium led by Protea Waterfront Development as the managing member.