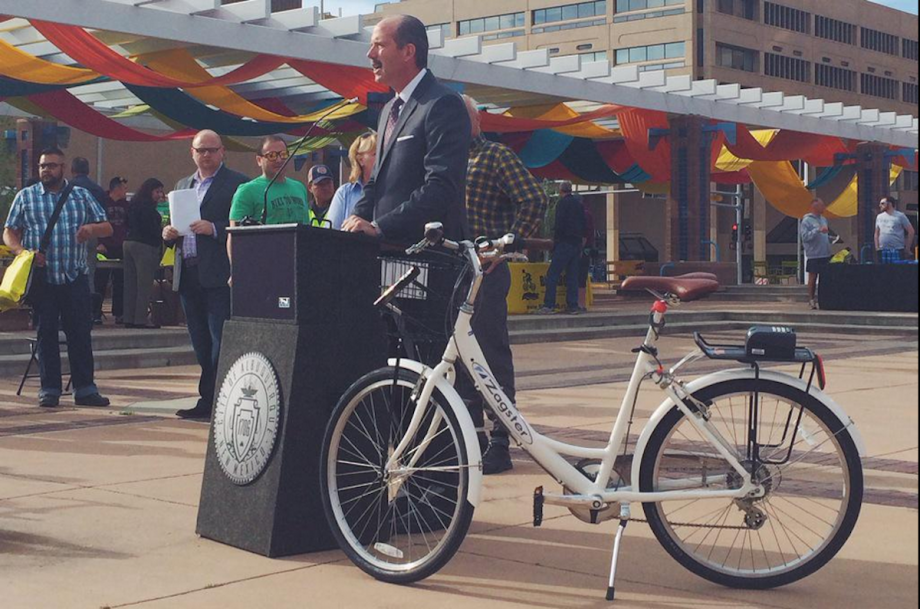 As cities around the country celebrated Bike to Work Day on May 15th, Albuquerque, New Mexico, rolled out its new bike-share pilot program.

Named BICI — a shortened version of bicicleta, the Spanish word for bicycle — the pilot launched in the downtown core with 65 bikes at 13 stations. BICI is using Zagster, a less expensive alternative to the kiosk-based systems of Motivate and B-Cycle that most cities have. The bike-share program comes as part of a broader revitalization effort for Albuquerque’s flagging downtown.

“Our downtown is one of those struggling urban core neighborhoods that many cities face,” says Lola Bird, executive director of nonprofit DowntownABQ MainStreet Initiative. “We knew [bike-share] was something we could accomplish in a very short time frame and it would get a lot of press and would highlight all the additional positive things that were happening downtown.”

The pilot goes until May 2016, but Bird says it already seems to be a success, with private developers and businesses calling them expressing interesting in getting stations near them.