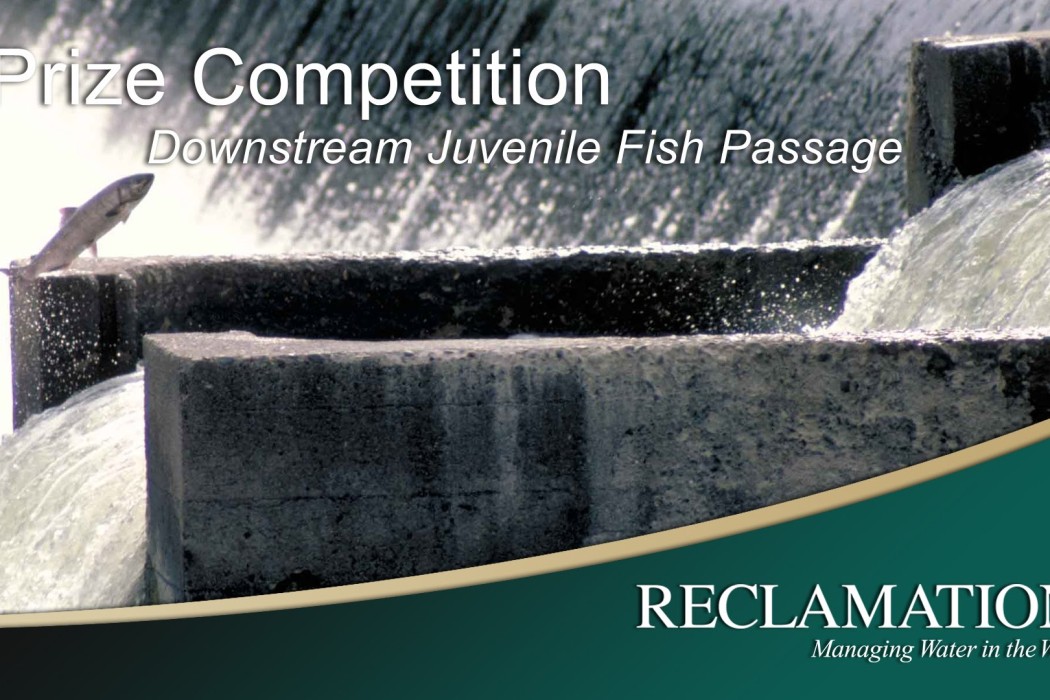 The U.S. Bureau of Reclamation has launched two prize competitions to seek new ideas and better methods for fish to move downstream past large dams and to detect the movement of soils within earthen dams, canals and levees. Through these prize competitions, Reclamation and its partners are seeking solutions from beyond the usual sources of experts that work in these fields. These competitions are open through May 10, 2016.

Reclamation and its federal, state and local partners responsible for recovering threatened and endangered fish recovery will benefit from new and better methods of providing fish passage at these large dams. It will also help Reclamation meet the National Marine Fisheries Service’s biological opinions, such as the 2009 biological opinion for passage of Sacramento winter-run and spring-run Chinook salmon and for Central Valley steelhead upstream of Shasta, New Melones and Folsom dams.

Reclamation is collaborating with the U.S. Geological Survey, U.S. Fish and Wildlife Service, National Oceanic and Atmospheric Administration Fisheries, U.S. Army Corps of Engineers, and the California Department of Water Resources on this prize competition. The winners of this prize competition will share $20,000.

A second competition was also announced, called The Detection of Movement of Soils Within Earthen Dams, Canals and Levees prize competition. It seeks to detect the movement of material earlier than observable by currently used visual inspection and instrumentation methods. This can help prevent the loss of life, property and interruption of the service the infrastructure provides.

Water storage behind earthen dams, the movement of water through canals and flood protection provided by levees support the quality of life of people around the globe. The early stages of soil moving in an earthen structure, also known as internal erosion, is largely invisible. Current methods cannot provide early detection of this damaging process.

Recently, Challenge.gov celebrated its fifth anniversary. Challenge.gov is a historic effort by the federal government to collaborate with members of the public through incentive prizes to address our most pressing local, national, and global challenges. True to the spirit of President Obama’s charge from his first day in office, federal agencies have collaborated with more than 200,000 citizen solvers—entrepreneurs, citizen scientists, students, and more—in more than 440 challenges, on topics ranging from accelerating the deployment of solar energy, to combating breast cancer, to increasing resilience after Hurricane Sandy.