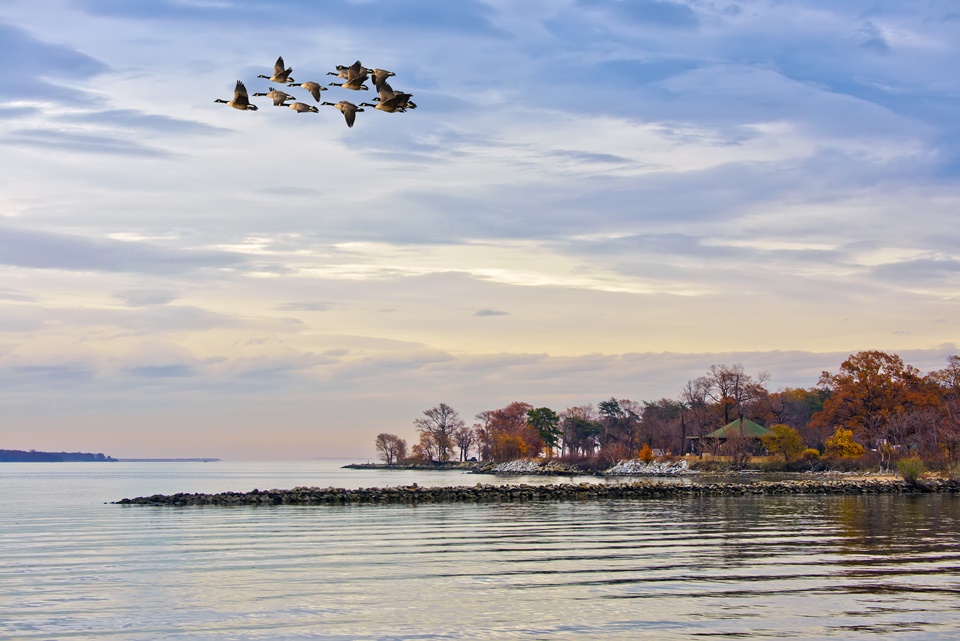 This 2009 U.S. Environmental Protection Agency (EPA) report linked to below documents a federal commitment to restore Chesapeake Bay water quality by 2025. REVITALIZATION readers familiar with the situation are invited to inform fellow readers (in the Comments section below) as to whether this effort gained or lost momentum. ^^^^^^^^^^^^^^^^^^^^^^^^^^^ Executive Summary The Chesapeake Bay and its watershed are an ecosystem and resource of enormous economic, social, and environmental significance. Yet the Bay is imperiled by decades of human activities that have burdened its streams, rivers, and estuary with excessive pollution, destroyed vital habitat for aquatic life and waterfowl, and dramatically reduced commercial and recreational fisheries.

To restore the Chesapeake Bay watershed to health, bold action is needed. In May 2009 the six watershed states, the District of Columbia, and the federal government agreed that by no later than 2025 they would have completed implementing the measures necessary to restore water quality in the Chesapeake Bay watershed. As part of the President’s commitment to federal leadership in that effort, the U.S. Environmental Protection Agency (EPA) intends to adopt an accountability framework to ensure that the measures are identified, committed to, implemented, and reported to the public.

The key to restoring water quality in the Chesapeake Bay watershed is to achieve significant reductions in nitrogen, phosphorous, and sediment loads. In 2008 total estimated nitrogen and phosphorus loads from the watershed to the Bay were 284 million pounds and 16.3 million pounds, respectively. To meet water quality goals for the Bay, nitrogen and phosphorus loads will have to be reduced by 30 percent and 8 percent, respectively, despite expected population increases of 30 percent between 2000 and 2030.1

Achieving such loading reductions will require significant reductions in the following: runoff from urban and suburban lands and farmland; discharges of nutrient pollution from municipal and industrial wastewater facilities; leaching to surface waters from onsite (septic) systems; and atmospheric deposition of nitrogen to the Bay and its watershed. EPA intends to work with the six watershed states, the District of Columbia, federal partners, local governments, and other parties to put in place a comprehensive, transparent, and accountable set of commitments and actions that, together, ensure that the technologies and management practices needed to restore Bay water quality are implemented by no later than 2025.

Section 202(a) of the President’s Executive Order, Chesapeake Bay Protection and Restoration, directs EPA to prepare a report on the next generation of tools and actions for restoring the Bay under existing legislative authorities. This draft report identifies the pollution control strategies and actions that EPA recommends to protect and restore Bay water quality and reflects consultation with state agencies and input from other stakeholders.