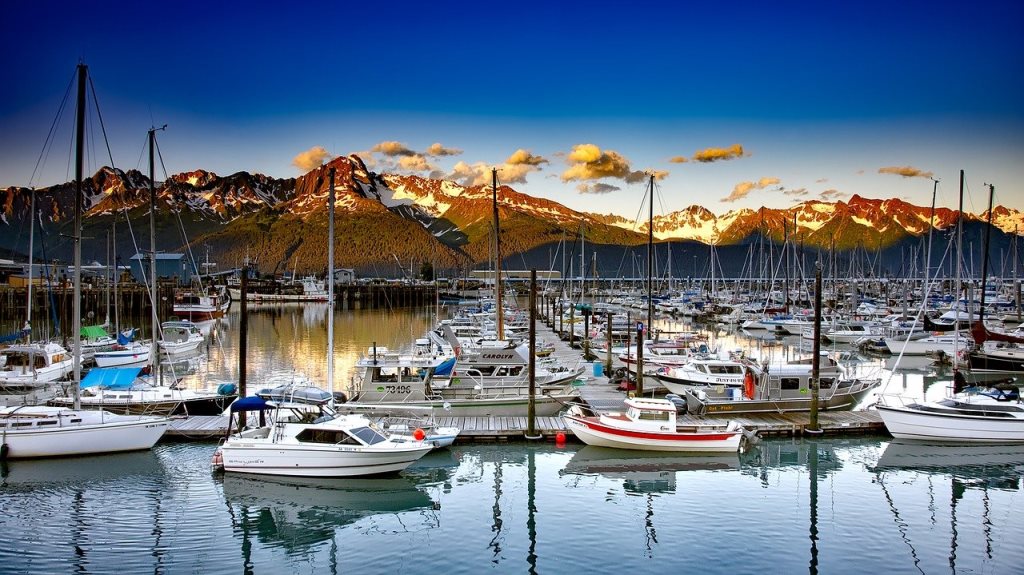 “This $220 million in federal grants will improve America’s ports with nearly half the projects are located in Opportunity Zones, which were established to revitalize economically distressed communities,” said Chao. 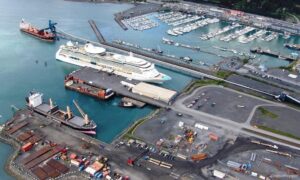 Closeup of Seward, Alaska’s port.Photo courtesy of City of Seward.

U.S. maritime ports are critical links in the U.S. domestic and international trade supply chain and this funding will assist in the improvement of port facilities at or near coastal seaports.

The Port Infrastructure Development Program aims to support efforts by ports and industry stakeholders to improve facility and freight infrastructure to ensure our nation’s freight transportation needs, present and future, are met.

The program provides planning, operational and capital financing, and project management assistance to improve their capacity and efficiency.

Of the 18 projects that were awarded grants, eight are located in Opportunity Zones, which were created to revitalize economically distressed communities using private investments.

“These grants will help our nation’s economy and ensure that America’s ports can continue to operate effectively in the competitive global marketplace,” said Maritime Administrator Mark H. Buzby.

Ports provide countless jobs for Americans and are key to a nation that heavily relies on its maritime services. By providing the funding to support the improvement of this critical infrastructure component, MARAD and the Department of Transportation are ensuring these services will succeed during the nation’s ongoing economic recovery.

The grant recipients are:

Marine Terminal Freight Dock & Corridor Improvements (awarded $19,779,425) The project will expand the existing dock by approximately 375 feet to deeper water to accommodate growing freight cargoes and to minimize operational conflicts between freight and cruise movements, both onshore and in the harbor. The Corridor Improvement Project component will create a roadway connection between the Freight Dock and the existing Airport Road, allowing improving safety between onshore freight movements and cruise passenger pedestrian movements.

SR 47-Vincent Thomas Bridge & Harbor Boulevard-Front Street Interchange Improvement Project (awarded : $9,880,000) This grant will help reduce delays and accidents at the Port of Los Angeles. The project interchange directly serves two container terminals, which handle approximately 5% of all waterborne containers entering/exiting the U.S. About 40% of all U.S. imports and 25% of all U.S. exports move through the Ports of Los Angeles and Long Beach. This project is in an Opportunity Zone.

On-dock rail facility development (awarded $13,224,090) The project will construct an intermodal container transfer facility on-dock, capable of serving multiple berthed vessels simultaneously. The completion of this project is critical to addressing the major challenge to the Port’s realizing its maximum container throughput and reaching its full potential as a regional economic engine with minimal negative impact on the regional highway network.

Avondale Dock Conversion Project (awarded $9,880,000) This grant will help convert a former Avondale Shipyard wharf to a modern cargo dock. Once transformed, the dock will enable the Avondale Industrial Marine District (AIMD) port facility to handle dry bulk and breakbulk cargoes more effectively in general commerce from the west bank of the Mississippi River and will also help to improve truck traffic flow. This project is in an Opportunity Zone.

Linking Intermodal Needs and Rural Freight Knowledge – LINK Project (awarded $4,098,360) This grant will fund the modernization of gates and scales, improvements to existing warehouses, and rail improvements at a bulk transfer facility to improve the intermodal efficiency of the port. The project is in an opportunity zone.

Container Gate Innovation & Access (awarded $16,073,244) This grant will provide for a new container gate to increase throughput capacity by utilizing technology and innovation—including Optical Character Recognition and Weigh-in-Motion Sensors, which will allow drivers to enter and exit the port without stopping for processing. The proposed improvements also allow the Port to streamline container traffic flow throughout the terminal and open up additional yard storage capacity.

Coos Bay Rail Line Phase II Tie and Surfacing Program (awarded $9,880,000) This grant will rehabilitate and replace ties and resurface track at various locations along the Coos Bay Rail Line (CBRL). This project proposes to replace 67,000 crossties and resurface main line, sidings, an industrial lead, rail yard and spur tracks with ballast along the 121 miles of track that stretches from Eugene to Coos Bay, Oregon. The project is in an opportunity zone.

Unlocking the South Berth at Pier 1 (awarded $11,141,000) This grant will support the reconstruction of the South Face of Pier 1, which involves the replacement of a portion of the face of the pier with a steel pile supported concrete pier structure. This project will bring the southern berth at the Pier to a state where it can be utilized to accommodate the burgeoning auto import and export industry, bringing the total number of available roll-on, roll-off berths at the Port of Davisville from two to three.

Grain & Bulk Handling Facility Development, Expansion and Upgrade Project (awarded $14,504,850) This grant will support the development, expansion and upgrade of a grain and bulk handling facility. The project consists of fixed landside, rail, and road improvements, as well as related planning and other development activities. Once completed, the project will improve the safety, efficiency, and reliability of the movement of goods. The project is in an Opportunity Zone.

Port of Port Arthur Navigation District (awarded $9,722,223) This grant will support the replacement of aging critical port infrastructure while improving cargo mobility and productivity. The project will include the deconstruction and removal of a metal clad dockside transit shed, reconditioning of a concrete slab, the erection of a building providing useable storage and approximately a covered area for all-weather truck and rail loading.

Norfolk International Terminals Central Rail Yard Expansion Project (awarded $20,184,999) This grant supports the construction of eight working tracks—which will create two bundles of four tracks each, in addition to a center working area for transferring and staging containers. Associated lead-in tracks will incorporate turnouts and switches from the terminal’s main rail line and vehicle crossings. Additionally, the project will create a return access road that will separate rail dray traffic returning to the container yard from general truck traffic.

Crown Bay Terminal Improvements Project (awarded $21,869,260) This funding will support the reconstruction and modernization of cargo handling and storage infrastructure at the Crown Bay Terminal. The project includes bulkhead rehabilitation, concrete apron restoration, reconstruction of three cargo storage areas; and security improvements including lighting, fencing and fire protection. The project will facilitate more efficient cargo movement both into and out of St. Thomas. The project is in an Opportunity Zone.

Bellingham Shipping Terminal Rehabilitation Project (awarded $6,854,770) This grant will support construction of a larger, more robust heavy load area and the removal of rock outcrops in front of Berth 1 that limit the draft of ships docking at the facility. The project is in an Opportunity Zone.

Featured photo of Seward Harbor (with port in the background) in Alaska is by David Mark from Pixabay.