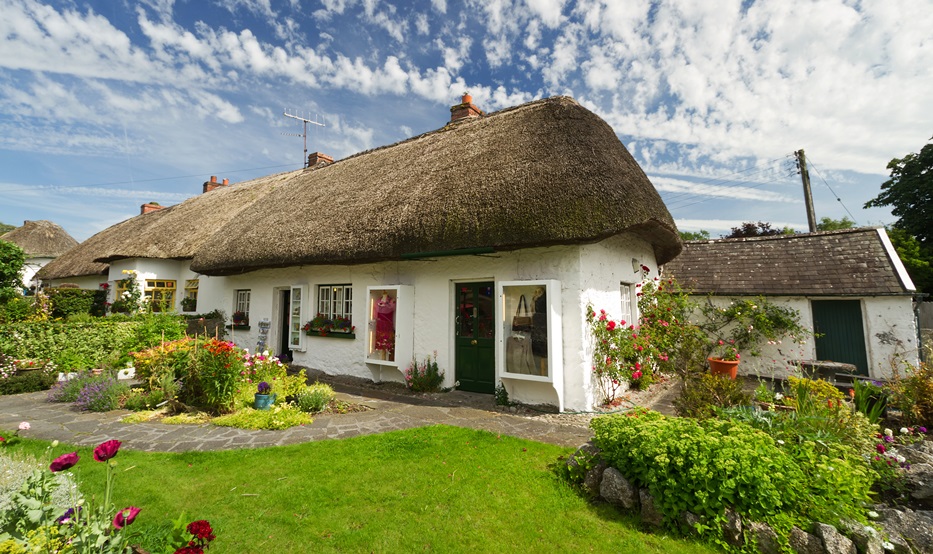 On October 5, 2018 Ireland‘s Minister for Rural and Community Development, Michael Ring TD, today (5th October 2018) announced that 224 rural towns and villages across the country are set to benefit from over €21 million in funding under the 2018 Town and Village Renewal Scheme.

The 2018 Town and Village Renewal Scheme, which was launched in April of 2018, focuses on projects which can help to revitalize rural towns and villages, with a particular emphasis on stimulating economic development. Funding awarded to individual towns and villages this year generally ranges from €20,000 to €100,000, with 30 projects receiving between €100,000 and €200,000 for more ambitious proposals. Total funding amounts to €21,320,121.

Examples of projects being supported in today’s announcement are:

In announcing the funding, Minister Ring said: “Over 220 rural towns and villages are getting really positive news today. The Town and Village Renewal Scheme is an important part of the Government’s work to rejuvenate rural Ireland and is having a significant impact on towns and villages across the country.”

“The benefit of previous funding under the Town and Village Renewal Scheme is now being felt countrywide and I am delighted to be able to allocate a further €21.2 million for projects in 224 towns and villages right across rural Ireland. Almost €53 million has been approved for more than 670 projects across the country under the Town and Village Renewal Scheme since it was introduced in the second half of 2016. As well as supporting initiatives which support enterprise and job creation, the scheme will also support improvements to public amenities in town and village centres, to help make them more attractive places in which to live, work and visit,” he added.

The Town and Village Renewal scheme is an initiative under the Government’s Action Plan for Rural Development, Realising our Rural Potential, and is part of a suite of national and local support measures to rejuvenate rural towns and villages throughout Ireland. It is funded by the Department of Rural and Community Development and is administered by the Local Authorities.

Under the 2018 scheme, up to 80% of the total cost for each approved project will be provided by the Department, with the remaining 20% being provided either through community contribution and/or the Local Authority.

A wide variety of projects have been approved under the 2018 scheme. These projects have been identified by local community groups and businesses, in conjunction with their Local Authorities. Projects approved range from employment initiatives to tourism amenities, and other measures aimed to help make small towns and villages more attractive and more sustainable places in which to live and work.

“I am delighted with the response which I received to the call for proposals this year. I want to thank the Local Authorities for their efforts and co-operation in engaging with local communities to identify these projects. Once again most of the funding will benefit towns and villages, with populations of less than 5,000 people. The Government’s commitment to supporting rural Ireland is further underscored through the new €1 billion Rural Regeneration and Development Fund which was launched this year as part of project Ireland 2040. This new Fund will provide an opportunity to deliver more integrated and ambitious projects which will further support the revitalisation of our rural towns and villages in the coming years,” Ring concluded.

Photo of cottage in County Adare, Ireland via Adobe Stock.