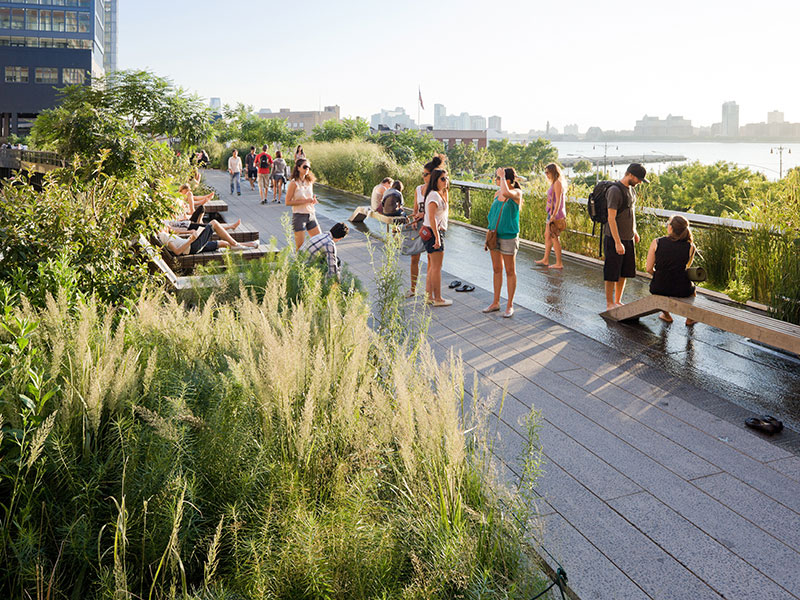 New York City’s High Line, a park built atop an abandoned elevated rail line, was such a success with the public — as well as real estate developers who built near it — that it’s inspired park projects around the world.

Every month, it seems, another city announces plans for what inevitably gets marketed as its “version of the High Line.”

In truth, many of these projects are quite different from their model. Many aren’t “high” at all, such as Singapore’s plan to turn an at-grade railway into a series of public spaces.

Others, such as Washington, D. C.’s plans for a park-on-a-bridge over the Potomac River, basically represent new construction — a long way from the High Line’s high-minded ethos of recycling old infrastructure. As the New York comparisons stretch, the very phrase “High Line” is morphing into a catch-all synonym for what urban planners would simply call a “linear park.”

One thing most of the High Line knockoffs do have in common is a desire to heal some kind of urban wound — the cuts in a city’s urban fabric made by railways, highways, or social segregation. That’s something long, thin ribbons of well-designed public space are particularly good at, whatever you want to call them.

Here are four examples from four continents of how cities are putting these principles into practice, from Seoul, Tel Aviv, Rome, and Philadelphia.

Mote from Storm: The revitalizing magic of projects like these comes from their application (knowingly or unknowingly) of the “3Re” strategy, which combines the repurposing, renewing, and reconnecting of a place’s natural, built, and socioeconomic assets.

Photo by Friends of the High Line.

Read more about the 3Re strategy here.