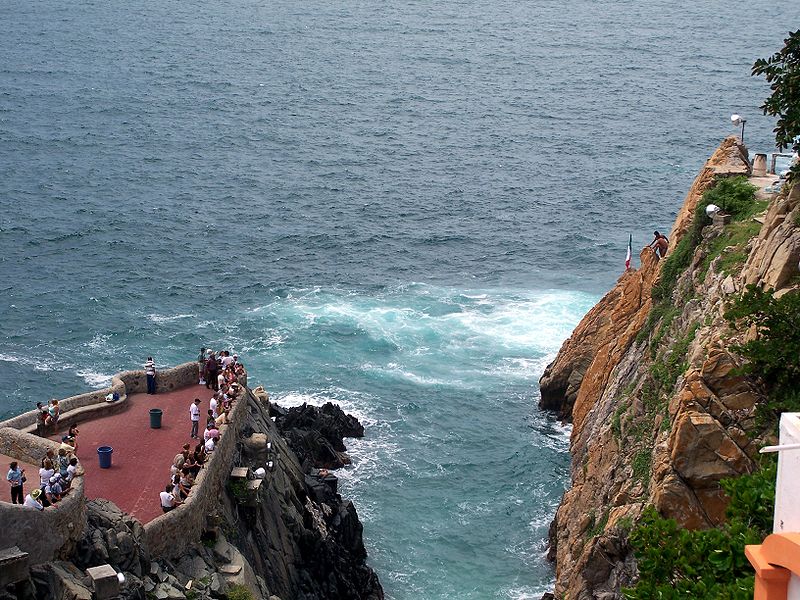 The legendary coastal city of Acapulco, Guerrero, Mexico is busy re-invigorating its tourist industry. The city has been improving its Acabús public transit system, and the Acapulco International Airport is getting a new, state-of-the-art, 18,800-square feet terminal building. The airport’s operator, Grupo Aeroportuario del Centro-Norte (GACN) says the 30-million-dollar terminal will be capable of handling 1.3 million passengers a year.

Acapulco is still mostly gorgeous, but the famed tourist destination has been on the wane for decades.

Now, Grupo Autofin, already a strong tourism-industry presence here, announced plans this summer to invest $1 billion in new construction and upgrades along the Pacific coastline well south of the heart of the city and its famous bay. Included are high-end hotels, renovation of its 6,000-room Princess Hotel, a golf course, eco-park and other stuff.

What impact that billion dollars will have on the magical Acapulco — the one with the magnificent bay whose hills have sparkled so romantically at night since the Eisenhower administration — we probably won’t know until 2022, Groupo Autofin’s target date for completion.

What we know now: Acapulco is struggling.

“Acapulco,” said Manuel Barrera, a lifelong native who gives tours when he isn’t shooting wedding photos, “was the first and only (beach) destination in Mexico, and it was like this for a long time. Then came Puerto Vallarta, Ixtapa, Cancun, Huatulco — many, many places. And unfortunately, the modernization of Acapulco never came.”

That’s part of the reason non-Mexican tourists don’t come here much anymore, and established hotels are increasingly pouring money into renovations, including the iconic Las Brisas, with its familiar pink jeeps and discreet, private pools.

Public and private leaders are plotting a return to the city’s glory days by renovating the famed Mundo Imperial, Fairmont Princess, and Pierre Marqués hotels, and adding several smaller boutique hotels and a medical center, as well as up-market homes and a high-end shopping plaza.

Splashy new restaurants are opening, and a remarkable Diego Rivera mosaic, on an exterior wall at a house in a forgotten part of town, is getting fresh attention.

Photo of cliff-diving at La Quebrada by Jacalyn Engler via Wikipedia.

See article in the Boston Herald.