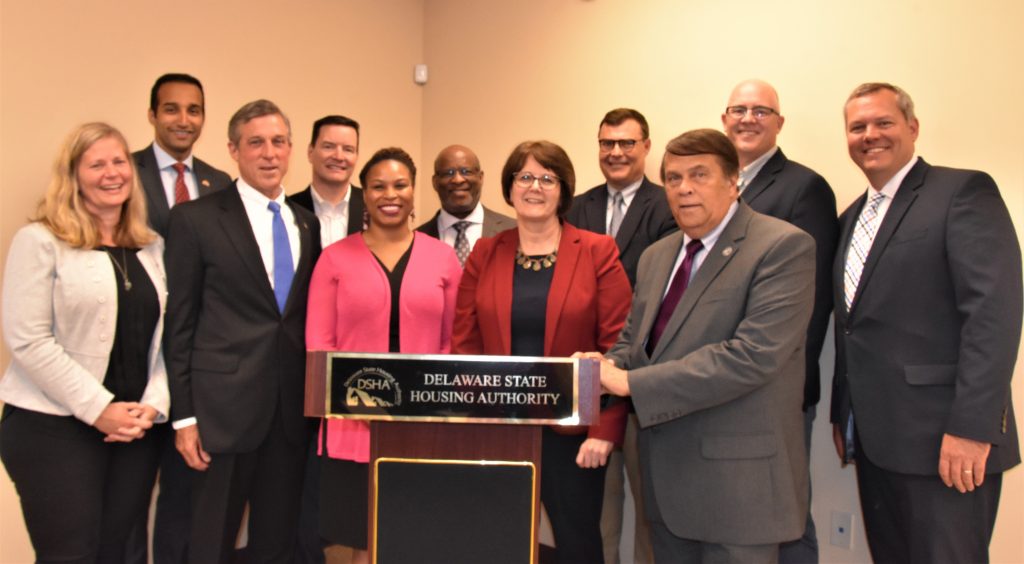 “These projects will be helping families and individuals who need housing, while strengthening the neighborhoods in which they are located, revitalizing properties that have fallen into disrepair and bringing people back to live in them,” said Delaware State Housing Authority (DSHA) Director Anas Ben Addi.

The Strong Neighborhoods Housing Fund is used to support community development, address crime and transform neighborhoods that are experiencing blight or other forms of stress. Through the program, abandoned properties are removed, renovated or replaced and sold to low-income residents who then become homeowners.

This is the third round of funding since the Strong Neighborhoods Housing Fund was launched in 2015. The investment of $3.2 million will leverage an estimated $9.4 million in private or other funding sources and lead to more than 60 new or rehabilitated housing units in Wilmington, New Castle County, Dover, Milford and Georgetown.

“Many of the communities in our state continue to feel the ripple effects of the recession and the foreclosure crisis,” said Governor Carney. “The Strong Neighborhoods program provides organizations working in these communities the resources to acquire abandoned properties, renovate or remove them and build beautiful homes in their place. The funding announced today will directly impact families by improving communities and providing increased access to homeownership.”

The housing projects chosen for funding in this round are:

The CBCDC in Wilmington will use Strong Neighborhoods funding as they continue efforts to improve the East Side of the city.

“The East Side community has historically faced low home ownership levels and high levels of vacancy and blight. This funding will have a significant impact on stabilizing this neighborhood and creating greater opportunity for homeownership in an area that has previously seen few homeowners,” said Rev. Dr. Terrence Keeling, President and CEO of the CBCDC.

In Dover, NCALL and Central Delaware Habitat for Humanity will use Strong Neighborhoods funding to continue efforts to address dilapidated properties within neighborhoods around Queen Street, North New Street and North Kirkwood Street. The target area is made up of 75 blocks within the downtown Dover area with a homeownership rate of just 25 percent.

“Dover is grateful to the Governor and DSHA for their support of our efforts to strengthen city neighborhoods,” said Dover Mayor Robin Christiansen. “With these funds, we can continue to address these blighted properties and give residents of these communities the opportunity to become homeowners.”

Sussex County Habitat for Humanity will use their $500,000 award to improve the Georgetown neighborhood known as Kimmeytown.

“Many of the homes in this part of the town are dilapidated and in need of significant repair, with overcrowding and absentee landlords creating a stock of vacant and blighted housing. Working with the Kimmeytown Partnership, this funding will allow us to completely transform this area,” said Kevin Gilmore, executive director of the Sussex County Habitat for Humanity.

Since the launch of the Strong Neighborhoods Housing Fund in 2015, $11.25 million has been awarded to organizations throughout the state, leveraging an estimated $34.2 million in private and other investment.

The program was initially funded using one-time bank settlement dollars and is now funded with a $3 million allocation in the FY 2019 state bond bill. Including these new awards, the Strong Neighborhoods Housing Fund has provided resources to remove, renovate, or replace more than 230 blighted properties throughout the state.