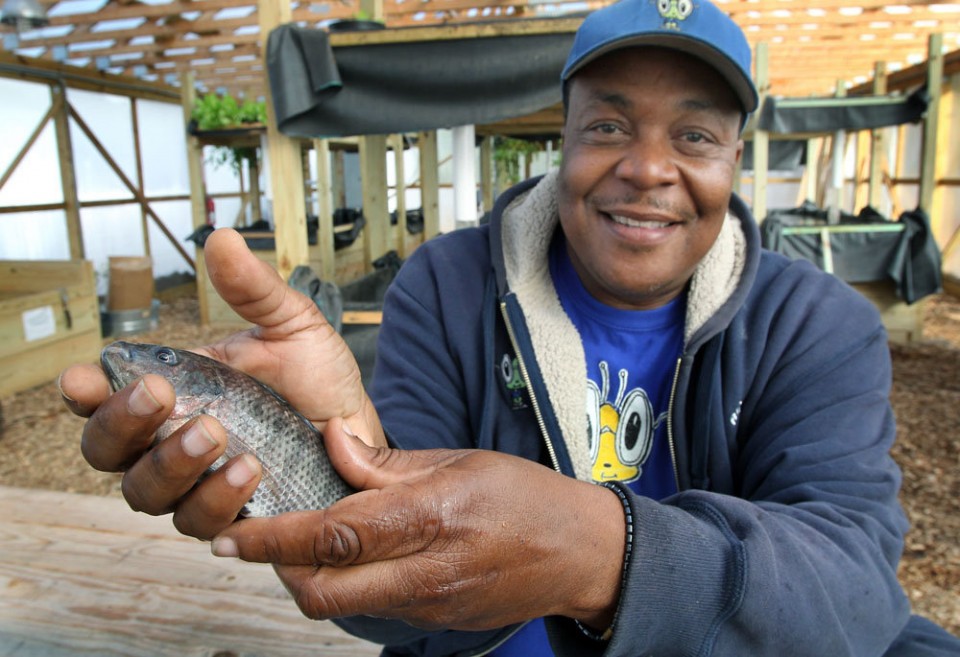 It’s called The Forgotten Triangle, a sparsely populated no-man’s-land on the edge of Cleveland’s Kinsman neighborhood where the few remaining residents joke that the population doubles at night, when outsiders come to dump garbage, debris and tires.

It is in this most unlikely of places, on roughly an acre of land that itself had become an illegal dump, that three childhood friends came to form a business that is, as co-founder Keymah Durden says, more a “mission to transform the city of Cleveland.”

They started a farm.

Their goal: to produce healthy, tasty vegetables, farm-raised tilapia fish and jobs for inner-city residents the economy has passed by.

“The big story here is that Cleveland is emerging as a real leader in urban agriculture,” said Randell McShepard, 47, another co-founder and vice president of public affairs for RPM International Inc., the Medina-based coatings and sealants conglomerate. “I think that this kind of facility is one of the last, best chances that we have to help low-skilled workers find employment opportunities.”

The Rid-All farm is the centerpiece of a 23-acre Urban Agriculture Innovation Zone being developed by Tramble’s community development organization.

Rid-All and the Ohio State University Extension are the first two tenants.