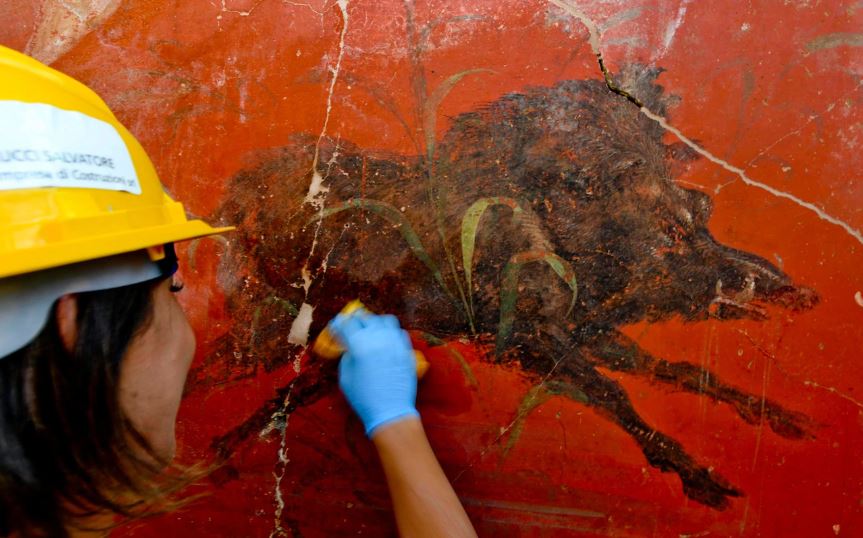 A 2000-year-old stone building in Pompeii, Italy—once used for training gladiators—has been reopened to the public after a painstaking three-year restoration.

The House of the Gladiators collapsed eight years ago after days of heavy rain, with many of its precious frescoes damaged or destroyed. 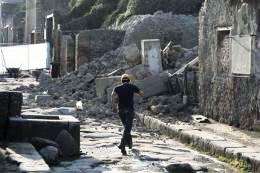 Collapse of the Gladiator House in 2010.AP Photo/Salvatore Laporta

At the time it was seen as a symbol of Italy’s neglect for its unrivalled cultural heritage, with Pompeii in particular suffering from years of bad management and underinvestment. Its restoration has now made it an emblem of the ancient site’s renaissance.

Before 62 AD, this was the original gladiator’s barracks and training area for gladiators in Pompeii. A converted house, it consisted of a central peristyle surrounded by rooms. Graffiti on the pillars of the peristyle informs on the types of gladiators who appeared in Pompeii and how the gladiators themselves saw each other.

Besides the well-known fighters such as Thracians, Murmillos and Retinarii (net men) the House of the Gladiators trained essedarius (chariot fighters) and eques (cavalrymen). There are also various pieces of graffiti that refer to the popularity of certain gladiators with local women, suggesting that the gladiators at least saw themselves as sex symbols.

After 62 AD, the gladiator’s training venue moved to the portico of the large theatre. This large complex known as the Gladiator’s Barracks was occupied at the time of the 79 AD eruption. Eighteen human skeletons were found on the premises as well as that of a horse.

The ancient city—which was buried under lava, pumice and ash from the eruption of Mount Vesuvius in 79 AD—has been revitalized recently, thanks to the leadership of the site’s Director General, Massimo Osanna, who was hired in 2016.

The building’s damaged frescoes have been meticulously restored and it will now be open to the public every Thursday.

“From the metaphor of the Italian inability to take care of a precious place which belongs to all humanity, the reopening of the Schola Armaturarum represents a symbol of redemption for Pompeii,” said Professor Osanna.

The collapse of the building in 2010 had led to “a chorus of international indignation” but the successful restoration project is now “a sign of hope for the future of our cultural heritage”, he said.

See full article by Nick Squires in The Telegraph.

Read more about the gladiators on Ancient History & Archaeology.