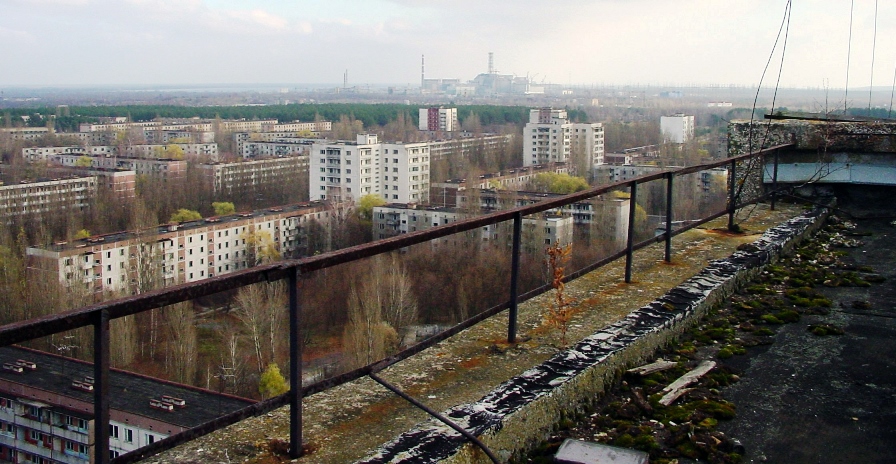 The Chernobyl disaster was a catastrophic nuclear accident that occurred on April 26, 1986 in the No.4 light water graphite moderated reactor at the Chernobyl Nuclear Power Plant near Pripyat, in what was then part of the Ukrainian Soviet Socialist Republic of the Soviet Union (USSR).

During a hurried late night power-failure stress test, in which safety systems were deliberately turned off, a combination of inherent reactor design flaws, together with the reactor operators arranging the core in a manner contrary to the checklist for the stress test, eventually resulted in uncontrolled reaction conditions that flashed water into steam generating a destructive steam explosion and a subsequent open-air graphite “fire”.

This “fire” produced considerable updrafts for about 9 days, that lofted plumes of fission products into the atmosphere, with the estimated radioactive inventory that was released during this very hot “fire” phase, approximately equal in magnitude to the airborne fission products released in the initial destructive explosion. Practically all of this radioactive material would then go on to fall-out/precipitate onto much of the surface of the western USSR and Europe.

A 30 kilometer-wide exclusion zone was set up. Homes, shops and offices were abandoned, and have remained that way for three decades. 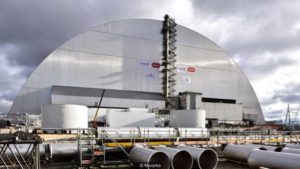 For years afterwards, teams of people – known as liquidators – worked non-stop to clean up the disaster site. A concrete and metal containment structure was built over the damaged reactor. But over the last 30 years this has crumbled and risked collapse, exposing the area to material that is still dangerously radioactive. Last November, the site was sealed inside a new sarcophagus – a vast shed that will encase both the reactor and the original containment structure for 100 years.

Chernobyl already attracts thousands of tourists every year. With the damaged reactor now newly confined, the site of the worst nuclear disaster in history faces a better future. Ukrainian photographer Anton Skyba visited Chernobyl to document the gradual renewal of a site that has remained desolate for 30 years.

Photo of the abandoned city of Pripyat, with the Chernobyl plant in distance by Jason Minshull via Wikipedia