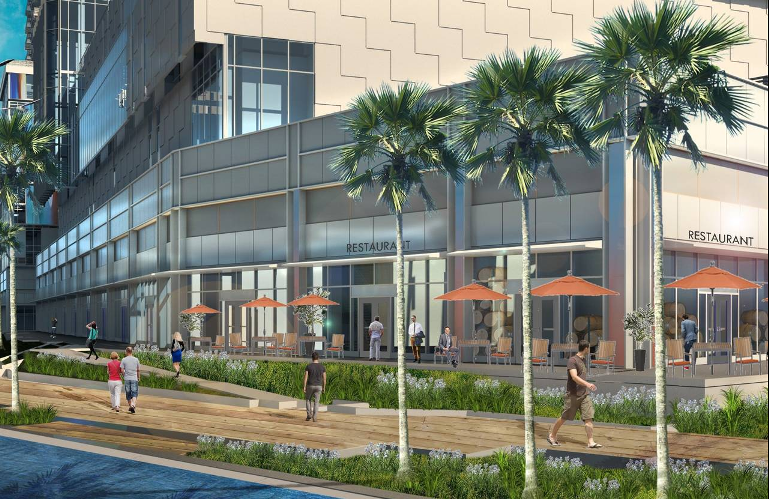 When River Landing Shops and Residences is completed in 2018, the development west of downtown Miami will bring more to the city than just another apartment building and shopping mall. The $300 million project will include an 850-foot linear park.

In a city bereft of green space, residents hope the River Landing park will become part of a trend that lifts Miami’s lowly ranking when it comes to public parkland.

One of the easiest ways to add green space is with linear parks, which are long, narrow greenways that follow either a natural corridor, such as a riverfront, or traverse a man-made feature like a railroad right of way, according to Ed McMahon, a senior resident fellow for the Urban Land Institute. He said linear parks are becoming popular for several reasons.

The most popular form of outdoor recreation in the U.S. is walking, which is creating demand for linear parks. And the parks offer more of an “edge” that touches people than square or rectangular parks, which have less linear footage, Mr. McMahon said. Developers interested in the adaptive reuse of areas like utility corridors, abandoned rail lines and bridges are driving the trend as well.

River Landing will include 426,000 square feet of retail space, 475 apartments and the 50-foot-wide linear park, which will be landscaped with native plants and will give residents and visitors easy access to the Miami River to enjoy waterfront restaurants and shopping.

Studies have demonstrated a correlation between walkability and property values. Commercial properties in highly walkable locations, such as those abutting linear parks, show significantly greater appreciation trends than car-dependent locations.

The creation of linear parks is deemed to be so vital to downtown Miami that a public-private group is campaigning for the creation of a public linear park through the Edgewater neighborhood. The Biscayne Line, which will span 3 miles in Edgewater, will include benches, art and shade trees and, when completed, pedestrian accessibility across the entire neighborhood.