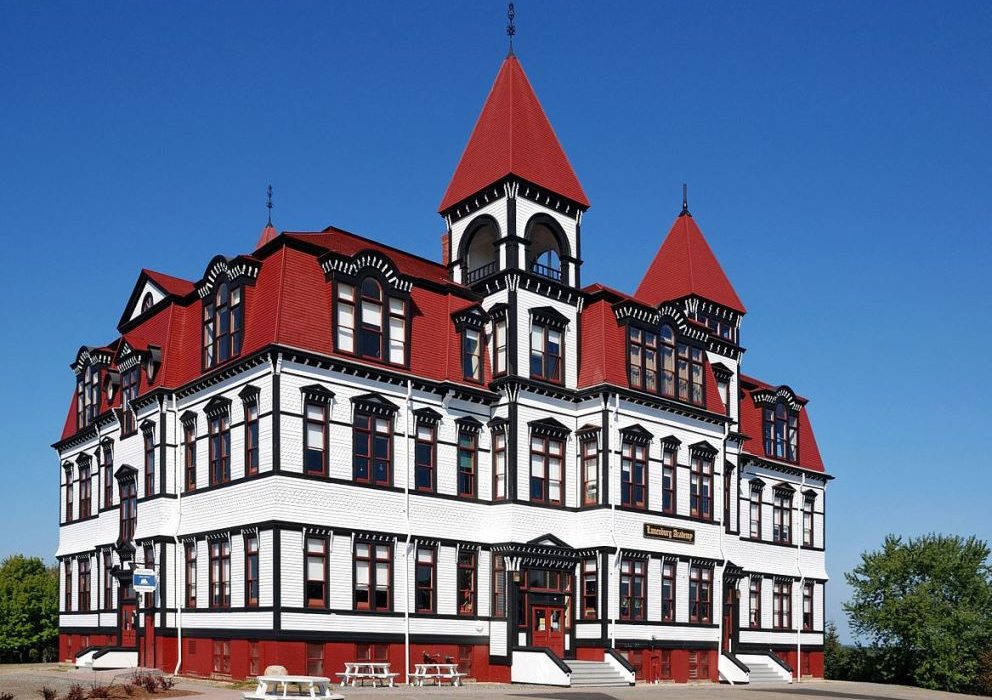 The Lunenburg Academy, built between 1893-1895, is a massive, three-storey wooden Victorian building in the eclectic tradition, boldly painted in red, black and white in the town of Lunenburg, Nova Scotia.

It still functions as a public school for the primary level, and it is surrounded by an open playground area. It is located in a key location at the top of Gallows Hill, and is visible from most viewpoints when approaching Lunenburg. The property abuts Lunenburg’s Old Town Heritage Conservation District, which is a UNESCO World Heritage Site.

Near the end of March, 2017, the Nova Scotia provincial government committed $1 million to help restore the Academy, even though the funding is twice what the town had requested from the province for the first phase of the project.

The Town of Lunenburg took over the building in 2012. Local officials in the town of 2,200 people were concerned they wouldn’t be able to restore the century-old building properly without help from federal and provincial taxpayers.

The estimated cost of the first phase of restoration, which includes renovating the exterior, is estimated at over $2.3 million. 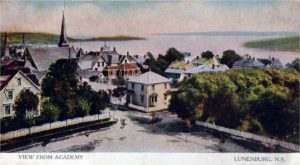 Historic postcard of view from Academy.

Lunenburg Academy is the jewel in Lunenburg’s crown, has served its namesake well for more than 120 years. Likewise, since its inception in 1981, the Lunenburg Academy Foundation has served its school well. Comprising alumni both of former staff and students, community members, and otherwise interested citizens, the Foundation’s mandate has always been the care, preservation and restoration of the building. That mission is alive and well today, not only for alumni of Lunenburg Academy, but also for the betterment of the town. 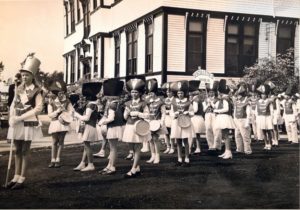 The heritage value of the Lunenburg Academy lies in its significance both historically and architecturally, and as both a local and national landmark. Desgined by well-known New Brunswick architect H.H. Mott and built between 1893-1895, the Academy is a monument to the historical development of Nova Scotia’s educational system.

Along with the Old New Town School in Lunenburg, it provides an architectural example of the evolution of education in nineteenth century Nova Scotia from one-room schoolhouses to the Academy system. It is the only surviving building from the Nova Scotia Academy system that continues to operate as a school, serving as Lunenburg’s primary school.

The Academy is one of the very few large scale wooden buildings in Canada still surviving from the nineteenth century. Its unique and picturesque design makes it an excellent representation of late Victorian eclectic architecture. Except for a missing tower and the new cedar shingle roof, the exterior remains intact. Many interior features also remain, including wainscoting, stairways and banisters, detailed hinges and doorknobs, and the layout of classrooms and cloakrooms.

The Academy’s imposing form and prominent towers can be seen for miles around, and it is visible from many approaches to Lunenburg. It is often referred to as ‘the Castle on the Hill’ and it is one of the most striking of Lunenburg’s large stock of nineteenth century buildings. The colour scheme of the building – white, black and red – helps to bring out the details of the exterior and make it even more visible within the streetscapes and view planes of Lunenburg.