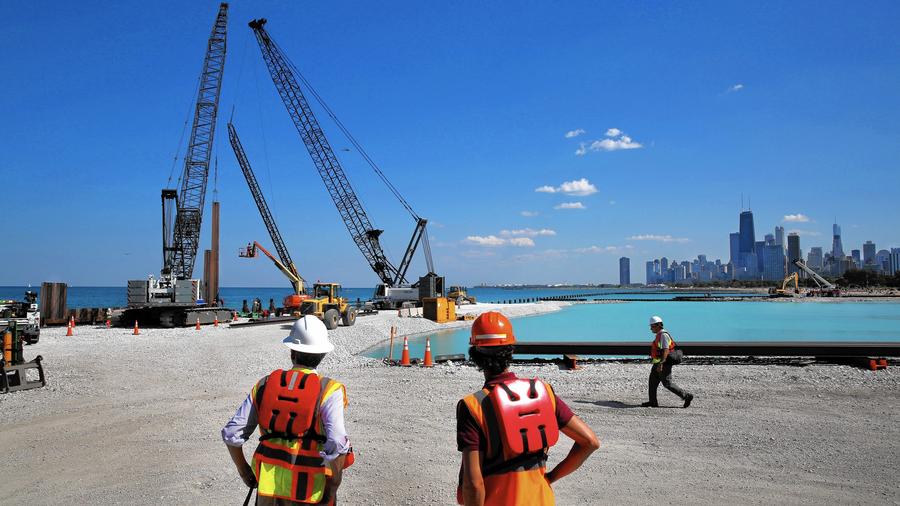 Along Chicago’s lakefront at Fullerton Avenue Beach, cranes rolled along a causeway that only a few months ago was part of the lake itself. Every day this summer, roughly 40 construction workers are filling in Lake Michigan with dredged material and gravel, which will eventually add up to 5.8 acres of new Park District land.

The $31.5 million project funded by the Army Corps of Engineers, the city and the Park District is meant to stabilize an aging shoreline near the Fullerton Theater on the Lake while protecting the lakefront path from the type of waves that shut it down temporarily during a storm last Oct 31.

The extra parkland will also help relieve the frequent bottleneck of pedestrians, cyclists and runners at that point of the lakefront path by allowing the space needed to separate the pedestrian path from the bike path for about 600 feet, officials said.