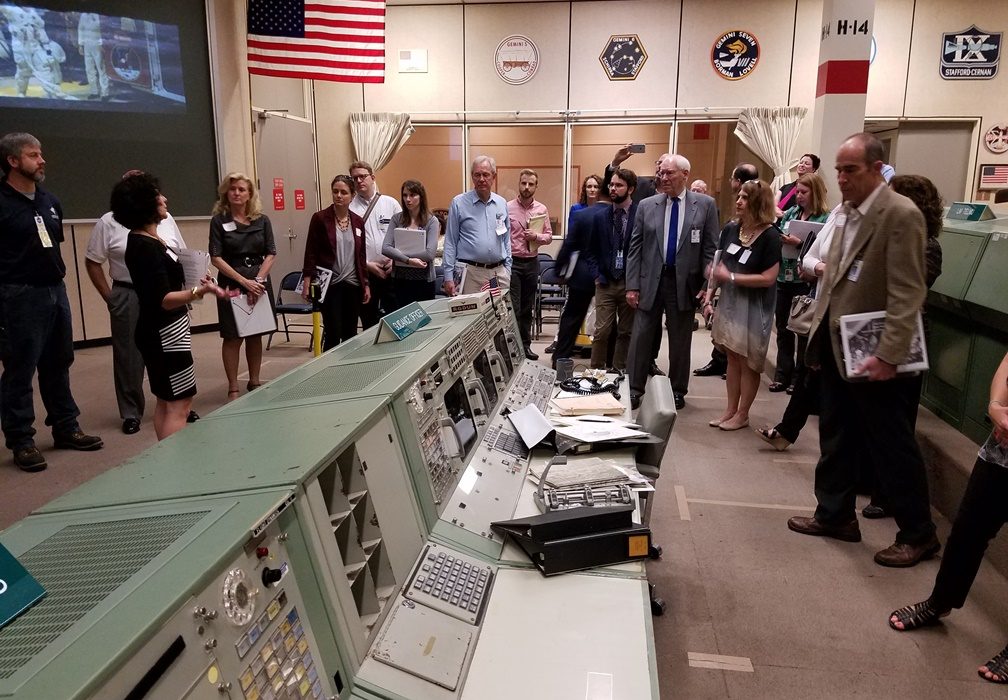 By 2019, when the world celebrates the 50th Anniversary of the first steps of man on the moon, the Johnson Space Center in Houston, Texas hopes to offer visitors a glimpse of what Mission Control looked like in that era.

The Cosmosphere in Hutchinson, Kansas has been asked to help with the mission by restoring the Historic Mission Control, a National Historic Landmark and attraction at Space Center Houston.

Today, visitors to Space Center Houston can visit Historic Mission Control, and see exhibits about how history played out in the room. Known more formally as Mission Operations Control Room, it was from MOCR that NASA monitored nine Gemini and all Apollo lunar missions.

“While the control consoles and monitors in the room are authentic, none of them work,” said Jim Remar, Cosmosphere President and Chief Operations Officer. “JSC turned to the Cosmosphere’s fabrication, restoration and high-fidelity replica division to help them bring MOCR back to life.”

The Cosmosphere, located in Hutchinson, Kan., primarily will be involved in restoring the original mission control consoles to the condition in which they would have operated during the Apollo 15 mission.

Remar explained that Gene Kranz, Gerry Griffin, Glenn Lunney, and other members of the mission control teams from the Apollo era who are involved in the restoration effort consider the Apollo 15 mission to be the apex of the technology of the Apollo era.

“We have the ability to restore the physical appearance and the actual computer content of the control consoles to reflect the Apollo 15 mission,” Remar said.

Cosmosphere will be working in conjunction with NASA, Space Center Houston, the Texas Historical Commission, former members of Mission Control including Gene Kranz, Gerry Griffin and Glynn Lunney, and Stern and Bucek Architects to create a sense of Historic Mission Control as it was in the Apollo era down to the smallest detail. Work begins in May and is scheduled to conclude by October of 2018.