On June 27, 2018, Ambitious plans by the Mayor of London, Sadiq Khan, and Mayor of Newham, Rokhsana Fiaz, for the £314 million regeneration of the Royal Docks in east London over the next five years were given the green light.

The Royal Docks has the potential to generate 35,000 jobs, 4,000 new homes and attract more than £5 billion in inward investment by 2037/38. It is London’s only Enterprise Zone – a designated area where employers can access business rate relief and other financial support. 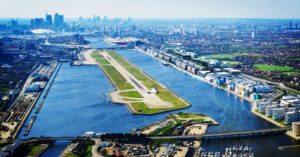 Lead LEAP member for the Royal Docks Enterprise Zone, Colette O’Shea, said: “These exciting proposals will help to deliver the cohesive transformation of the Royal Docks into a thriving, culturally rich destination. It is a unique opportunity for the LEAP to invest in affordable workspace, skills and business support, paired with public realm and infrastructure improvements, all in one distinctive location. It demonstrates a great piece of joint working between the Mayor, Newham and the LEAP.”

The planned investment, to be carried out over five years from 2018/19, will support the comprehensive regeneration of the Royal Docks over the next five years – reviving it as a distinctive location for business and culture that nurtures highly skilled and highly productive jobs for Newham residents and Londoners.

Under the new plans, an integrated package of investment in transport infrastructure, connectivity, economic development, placemaking, creative programming, promotion and estate management have been proposed to help deliver the transformation of the area.

The area now known as the Royal Docks played a crucial role in capital’s economy for more than century from the mid-1800s, before falling into decline in the 1960s and 1970s. The last vessel to be loaded there left the docks in December 1981.

Around the same time, the wider generation of London’s Docklands began, leading to the creation of the Canary Wharf estate, the development of the Docklands Light Railway and the opening of London City Airport in 1987.

Thousands of visitors are attracted to the Royal Docks each year for its exhibitions, events, water sports activities, bars, restaurants and gardens. Major tenants in the area include ExCel, Tate & Lyle and the University of East London. This December, the Elizabeth Line will arrive at Custom House station, significantly improving transport connections with central London.

The Enterprise Zone is part of the larger Royal Docks & Beckton Riverside Opportunity Area, which has the potential to create up to 60,000 jobs and 25,000 new homes.

Key projects in the plans include:

The Mayor is a major landowner in the Royal Docks – which includes Silvertown Quays, Royal Albert Dock and Albert Island, along with the London Borough of Newham. He recently established a Royal Docks Delivery Team at City Hall, which will lead on the implementation of the plan. 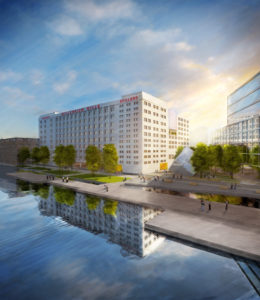 “The potential of this investment to improve the lives of our residents and benefit the whole of London, is great and will fully involve our local residents. I am pleased that they will be at the heart of this exciting regeneration project with businesses from around the world. I am really excited to be working with residents, partners and the Mayor of London to help deliver this ambitious plan,” she continued.

The Royal Docks Enterprise Zone (EZ) has the potential to generate 35,000 jobs, 4,000 homes and attract more than £5 billion in inward investment by 2037/38. The EZ starts with considerable assets, from major tenants at ExCel, City Airport, Tate & Lyle and the University of East London, to major committed developments (projected to deliver more than 7 million square feet of commercial space) at Royal Albert Dock, Silvertown Quays and Albert Island.

Crossrail’s arrival at Custom House in the EZ at the end of 2018 further enhances the area’s transport connectivity. It’s hoped that EZ will serve as a leading economic destination for the capital and anchor the considerable housing development that is coming forward, as London moves east. More than 60,000 jobs and 25,500 homes are forecast in the wider Royal Docks and Beckton.

Mayor Khan concluded, “Today marks a major step forward in the development of this site, which has the potential to become not only an important new business destination but also a key part of the capital’s cultural life. I’ve vowed to be the most pro-business Mayor that London has ever had. Through these plans to attract businesses and talent into the Royal Docks, we are aiming to unlock this area’s potential to support the growth of innovative new businesses across all sectors of our economy. The Royal Docks was once an economic powerhouse – with these plans we are aiming to lay the foundations so that it can once again play a crucial role in the life of the capital.”