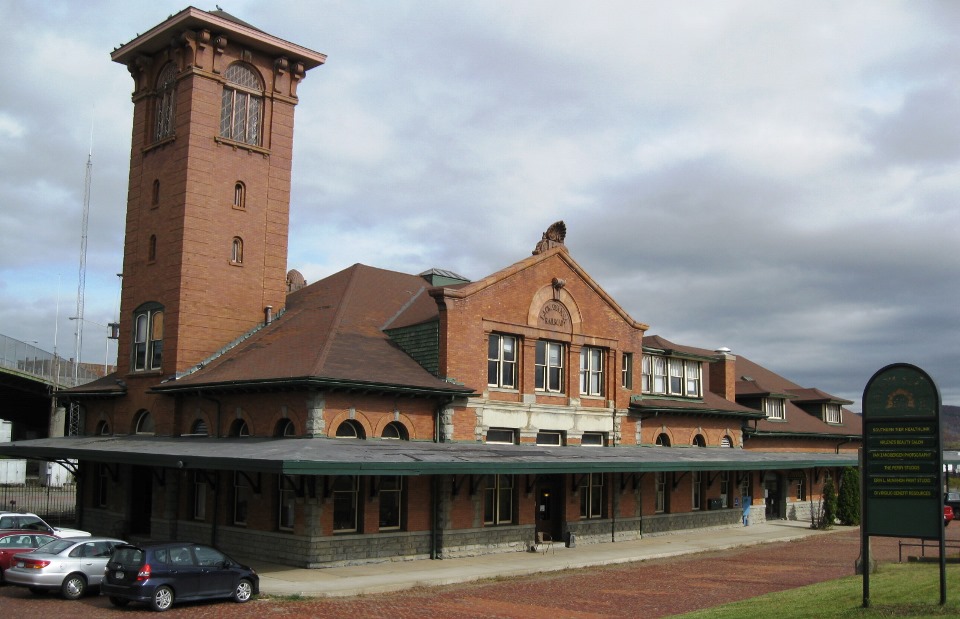 The Greater Binghamton Fund aims to transform targeted urban centers, or “iDistricts,” into communities where the next generation of workers want to live, work, and play. The fund will support innovative and creative projects, including mixed-use and mixed-income developments, private retail and commercial development, and smart growth technologies will be implemented through infrastructure and streetscape improvements.

“The Greater Binghamton Fund is a game changer for the entire region, providing opportunities for development and revitalization,” Governor Cuomo said. “It will help create an environment for businesses to expand and grow and attract top notch employees, supporting the vitality of the Southern Tier as it continues to soar.”

“The Greater Binghamton Fund is leveraging significant private investment to fund transformative projects in Binghamton, Endicott, and Johnson City,” said Lieutenant Governor Kathy Hochul. “Upstate New York is moving forward like never before because of our unprecedented focus on economic development and job creation. This fund supports new jobs, new affordable housing, and streetscape improvements to continue the revitalization of the Southern Tier.”

Combined, the projects that will be supported by the transformative Greater Binghamton Fund will include 139,000 square-feet of renovated or new commercial space, 12 streetscape or pubic realm projects, the renovation of four historically significant properties, 30 public art installations, 3 demolitions, 20 façade renovations, the adaptive reuse of nine vacant buildings and the construction of 145 new affordable and market-rate housing units. All told, the initiative represents a combined $80.3 million in both public and private investment.

The selected projects fall within the geographic boundaries of the designated innovation districts. The “iDistricts” are anchored by significant economic drivers, including:

Assemblywoman Donna Lupardo added, “The economic health of our region is directly linked to Broome County’s urban core. The Greater Binghamton Fund targets developments that build on our community’s strengths and also directly addresses the goals of the iDistricts, a central feature of our winning Upstate Revitalization Initiative. I sincerely appreciate the Governor’s ongoing commitment to driving resources Upstate.”

The Binghamton announcement complements “Southern Tier Soaring” the region’s comprehensive blueprint to generate robust economic growth and community development. The State has already invested more than $4.6 billion in the region since 2012 to lay for groundwork for the plan – attracting a talented workforce, growing business and driving innovation.

Endicott Village Mayor John Bertoni declared, “The Greater Binghamton Fund will support our efforts to ensure a brighter future for the next generation of families in our community, by growing the economy and by providing new opportunities for our hard-working residents. I am so grateful to Governor Cuomo for his continued commitment to revitalizing our region.”

Today, unemployment is down to the lowest levels since before the Great Recession; personal and corporate income taxes are down; and businesses are choosing places like Binghamton, Johnson City and Corning as a destination in which to grow and invest. Now, the region is accelerating Southern Tier Soaring with a $500 million State investment through the Upstate Revitalization Initiative, announced by Governor Cuomo in December 2015. The State’s $500 million investment will incentivize private business to invest well over $2.5 billion – and the region’s plan, as submitted, projects up to 10,200 new jobs.

City of Binghamton Mayor Richard C. David concluded, “The Greater Binghamton Fund, and specifically the new DECO District, will help create a more livable, walkable and vibrant community. In the Southern Tier, Downtown Binghamton has become a true arts and culture destination, and these funds will support creative strategies for continued community revitalization. We thank Governor Cuomo for advancing this transformative initiative to better retain and attract young professionals and families.”

Photo by Doug Kerr (via Wikipedia) shows the former DL&W Station, which is part of Binghamton’s Railroad Terminal Historic District.