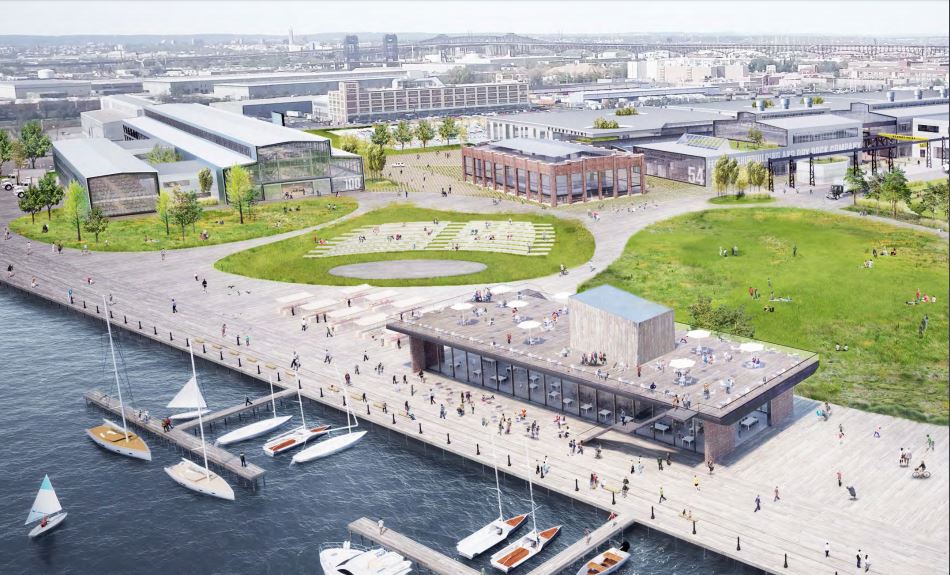 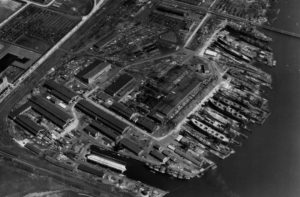 Aerial view of the Kearny ship yards in 1945.

Located just ten minutes by car from Journal Square in Jersey City, Kearny Point, a 130 acre facility, is being repurposed as a sustainable business campus.

The redeveloper, Hugo Neu, is renovating and redesigning spaces that were once dedicated to one of the most well-known and most active shipbuilding sites. The yard was opened in 1917 in the months leading up to the entrance of the United States into World War I.

The Kearny shipyards were purchased by Neu through a government auction. But Hurricane Sandy put many of the buildings four feet under water. This drastically changed the nature of the property, so the redevelopment plan shifted to a new vision for the site: bringing it into the 21st century in a more resilient manner. 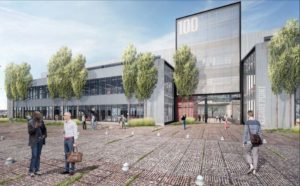 To that end, they have renovated a first building, Building 78, that serves as Kearny Point’s proof of concept. It currently houses 150 small businesses, of which over 70% of which are minority or women-owned, a co-working space called Kearny Works, a cafe and a blue roof.

Neu has also raised the site 12 to 16 feet above the original elevation to flood proof it for future storms. Companies inside include a vertical farm, a bridal design company, a vitamin company, and much more. 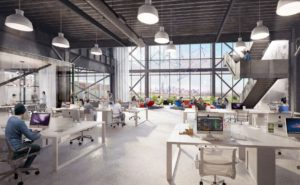 The architects and planners are WXY, an award-winning multi-disciplinary practice specializing in urban design, planning and architectural solutions in challenging contexts. Focused on innovative approaches to public space, structures and urban issues, the firm’s work engages both site-specific design and planning at multiple scales.

At the same time, there is a concerted preservation effort to keep the legacy of the site alive, to integrate the history and grittiness of the area but modernize the facility for the new economy.

All images courtesy of WXY/Kearny Point.