Tourists heading south from Toronto, Ontario‘s Pearson International Airport on their way to Niagara Falls can be forgiven for not having any interest in visiting Hamilton. From the QEW, all one sees is Hamilton’s iconic steelmaking skyline, seen above. 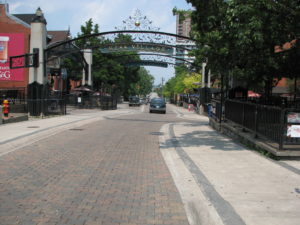 But I (Storm) have been there many times over the past 15 years, and keynoted Hamilton’s annual Economic Forum (sponsored by the Hamilton Chamber of Commerce) in 2008. I’ve long believed Hamilton has had the greatest revitalization potential of any city in Canada, and I told them that in 2008.

It has been far from easy, but some strong local leadership, especially by mayor Fred Eisenberger, has seen major revitalization in both the downtown and on the waterfront. 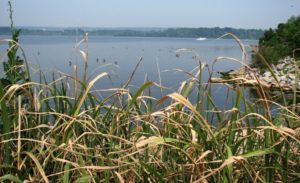 Lake Ontario‘s Hamilton Harbour was identified as a Great Lakes Area of Concern in 1987, as a result of degraded water quality and poor environmental health. There have been a number of projects over the years to restore its health, including some that are ongoing.

Maybe the most significant of those projects has just been launched. Over the next five years, Hamilton, Ontario’s Woodward Wastewater Treatment Plant will be renovated to the tune of some $340 million.

The first project under this multi-year, multi-phase upgrade officially kicked off on August 21, 2017 with a tour at the construction site for the new Raw Sewage Pumping Station. 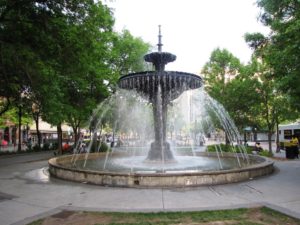 The degradation of Hamilton Harbour over time has resulted in the need for a Remedial Action Plan (RAP), and the Bay Area Restoration Council (BARC) has been at the forefront of Hamilton Harbour restoration for over 25 years. BARC promotes, monitors, and assesses the implementation of the RAP and serves to communicate Harbour issues to the public. 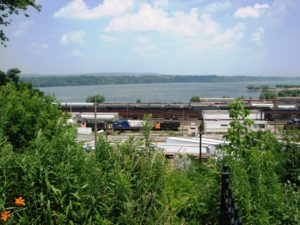 Improving the community’s relationship and understanding of water-related issues is important to BARC’s work. Through education programs, community engagement, and city-wide collaboration, BARC strives to create opportunities that support the remedial efforts of our partners, agencies, community groups, and public volunteers.

“The Government of Canada has committed to working with provinces, territories and municipalities to ensure they receive the support they need to build strong and vibrant communities. I’m excited that work has now begun on Hamilton’s Woodward Wastewater Treatment Plant, resulting in reliable and efficient wastewater collection and treatment and a healthier environment,” declared Filomena Tassi, on behalf of Amarjeet Sohi, the Ontario Minister of Infrastructure and Communities. 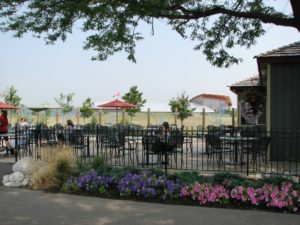 “Our government is committed to partnering with municipalities to improve infrastructure that will help Ontarians in their everyday lives. Investing in projects like the Woodward Wastewater Treatment Plant will help keep our community strong, create jobs, and improve water quality in the Hamilton Harbour,” said  Ted McMeekin, MPP for Ancaster-Dundas-Flamborough-Westdale.

The Woodward Wastewater Treatment Plant upgrade will be ongoing until approximately 2022 and will include:

The Raw Sewage Pumping Station project will cost approximately $90 million and will also include creating a new entrance into the plant from Woodward Avenue.

The purpose of the a Raw Sewage Pumping Station is to collect wastewater from underground pipes and pump it up to a higher elevation so it can travel through the wastewater treatment process via gravity. 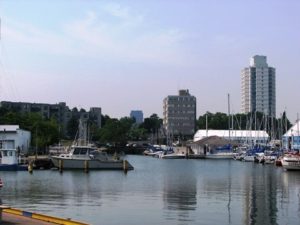 The design features of the new Raw Sewage Pumping Station include a larger and deeper wet well to process higher flows, a split wet well that will allow for easier maintenance. Half of the station can be isolated for repairs without stopping or disrupting pumping operations.

The existing Raw Sewage Pumping Station will be decommissioned once the new station is operational, and the site redeveloped.

“I am pleased to see the construction work at the Woodward Wastewater Treatment Plant has begun. This partnership between the City and the federal and provincial governments is important in our journey to transform Hamilton Harbour, ensure it is delisted as an Area of Concern, and continue to improve water quality and the environment around our waterfront,” said Eisenberger.