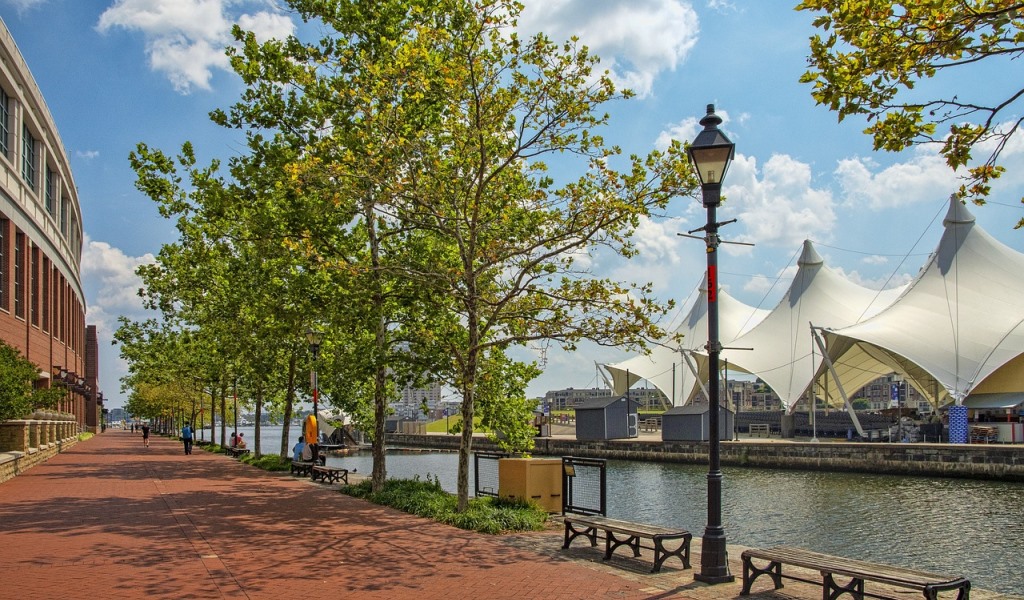 On October 17, 2022, it was announced that thirty-six underserved urban communities across Maryland are about to plant 40,000 new trees, thanks to a new resilience effort created by the Maryland General Assembly’s Tree Solutions Now Act of 2021 and state resources provided through the Chesapeake Bay Trust (the Trust).

The Act calls for five million trees to be planted across Maryland by 2031, with 500,000 of them targeted to help revitalize underserved neighborhoods.

The Trust has long empowered local urban communities through grant-making, and was tapped in the Act to serve as the administrator of the urban component.

Urban trees have significant benefits to human health, climate, the economy, and the environment. Yet some urban communities are severely lacking in greening, contributing to heat island effect, exacerbating asthma and other health issues, and reducing quality of life.

Providing resources through ground-up, community-based grants empowers people to own this piece of community improvement, leading to sustainability.

“This urban greening effort will help address both global climate change as well as environmental justice including inequities in historically disenfranchised communities,” said Senator Paul Pinsky, a sponsor of the legislation. “This work will create lasting green improvements and help to mitigate the harmful effects of climate change with every tree planted.”

Ninety million dollars per year over nine years will be distributed by the Trust to communities, neighborhoods, civic groups, schools, and others who commit to planting trees in underserved regions as defined in the legislation.

Funding is reserved for urban census tracts with low median household income levels, with high unemployment, or were historically red-lined or for public housing projects.

“We are thrilled to have been able to provide the resources for this work,” said Delegate Dana Stein, another key sponsor of the legislation. “All communities deserve to have green spaces and trees to help improve quality of life.”

Studies show that trees planted in urban communities improve the physical and mental health of people within their proximity, and that increasing urban canopy can reduce asthma and respiratory-related emergencies during heat wave-related events in under-treed areas.

For these reasons, many urban communities have adopted urban tree canopy goals, including Baltimore City, which has set a goal of 40% canopy by 2037.

Communities will begin planting trees this fall, concentrating on areas such as vacant lots or streets where native trees and resources are scarce.

Increasing tree quantity and quality in urban areas is a cost-effective way to strengthen the health of the Chesapeake Bay, provide urban wildlife habitat, help mitigate flooding issues, and stimulate local green jobs markets enabling families to work where they live and play.

Here are the Urban Trees Grant Program awardees in this first round of funding:

Chesapeake Bay Trust leaders say that they envision a restored and protected Chesapeake Bay watershed and other natural resources in the region, from the Coastal Bays to the Chesapeake to the Youghiogheny River. They empower local community-based groups on the ground with the resources they need to take on a meaningful and measurable role in restoring forests, streams, rivers, bays, wildlife, and more in their own communities. Every year, the Trust empowers about 400 groups by providing grants and technical assistance to accomplish environmental education, community outreach, and local watershed restoration projects.