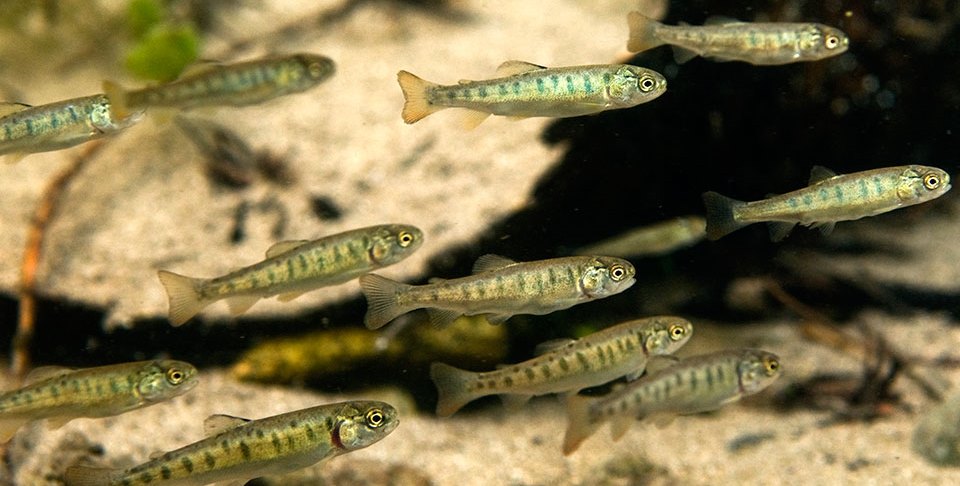 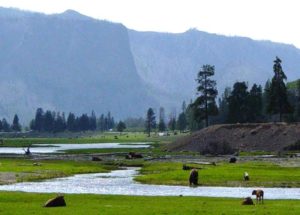 Like most U.S. rivers, it’s heavily-infested with non-native and invasive species of fish, many of them purposely introduced by state and federal agencies who were more focused on money than biological diversity.

Hunters and fishermen are the primary constituents of many of these agencies: revenue from hunting and fishing licenses provides much of their operating revenue. So, their desires traditionally count far more than the needs of wildlife, which pays nothing.

The upper Gibbon River drainage is in the central portion of Yellowstone National Park and includes Grebe, Wolf, and Ice lakes, as well as the connecting streams above Virginia Cascades (which is located approximately 0.75 miles north of the Grand Loop Road between Norris Junction and Canyon Village).

The work of eliminating non-native species began August 21, 2017 and will continue through September 30. Biologists will use rotenone, a piscicide (fish toxin) to remove fish in the upper Gibbon River drainage.

Rotenone is a naturally occurring chemical compound derived from the roots of certain tropical plants. Indigenous tribes in the Amazon have traditionally used it to stun fish for food (much easier than spearing them, not to mention less-painful). Biologists will then add potassium permanganate to water at the lower bounds of the upper Gibbon River drainage to fully detoxify the rotenone and prevent impacts to downstream waters.

This action is part of a three year project that will create a refuge for the reintroduction of native westslope cutthroat trout and fluvial (stream-dwelling) arctic grayling, which are the park’s native grayling strain. Genetically pure westslope cutthroat trout and fluvial arctic grayling were nearly eliminated from Yellowstone because of the historical stocking of non-native fish.

The park has restored these native fish to East Fork Specimen Creek, Goose Lake, and Grayling Creek as outlined in their Environmental Assessment and Finding of No Significant Impact documents about the Native Fish Conservation Plan. The work in the upper Gibbon River drainage is a continuation of this effort.