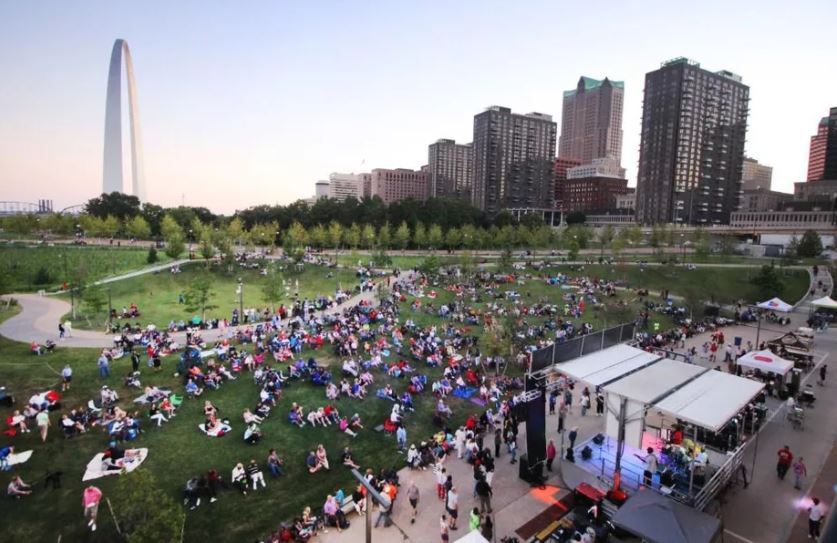 Like so many waterfront cities, St. Louis, Missouri has long been cut off from its water by a badly-planned urban highway. Now, with the $380 million renovation and redesign of the parkland around the famed Gateway Arch, that urban planning mistake is finally being rectified.

The new design renews the park in a way that reconnects the city to the Mississippi River. 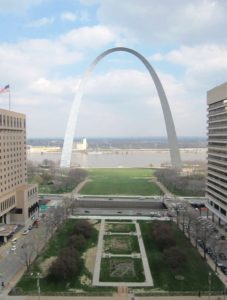 The dumb highway that separated the downtown from its waterfront.

Opening in July of 2018, during the annual Fair St. Louis, the renovated Jefferson National Expansion Memorial and surrounding parks and riverfront area is designed to improve the “Arch experience,” making the riverfront and Eero Saarinen-designed steel arch more accessible to local and tourists alike.

Guided by the non-profit Gateway Arch Park Foundation, the project, formerly called CityArchRiver, aims to leverage the waterfront and better connect it with downtown.

CityArchRiver makes the Arch both easier and safer to visit by connecting, reinvigorating, and expanding the park’s grounds and museums.

Through the creation of new spaces for events and public education, expanded museum space, additional park acreage and bicycle trails, children’s play areas, performance venues and a lively, invigorated riverfront, locals and tourists alike will find new opportunities to learn, linger and enjoy one of the world’s most recognized icons.

Gateway Arch Park Foundation has enabled the people and institutions who support the St. Louis region an opportunity to invigorate the jewel of St. Louis and make the Gateway Arch a destination of choice for the young and the old, those near and far, for generations to come. 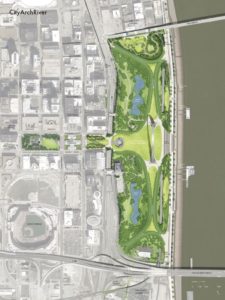 The design starts with a new, dramatic Park Over the Highway that will, for the first time, allow visitors to walk from the Old Courthouse to the Arch grounds to the riverfront on one continuous greenway, without a curb or stair step in their way.

The CityArchRiver project will have a lasting impact on the economic, social, environmental, recreational and educational fabric of the entire bi-state metropolitan region.

This renovation is a unique public-private partnership involving private developers, the city, and multiple parks departments (local, state, and federal). Private funding for the endeavor totaled $221 million, the largest-ever private donation to a national park.

This renovation comes at a time when St. Louis developers and backers want to shine a light on all the other redevelopment and revitalization that’s reactivating this long-depressed, formerly-glorious city.

About $7 billion or redevelopment is in different stages across the city, with new hotels and condos in the works. Along with the new Loop Trolley, as well as the Cortex Innovation Community this reconnection of the city to its water is a fitting crown jewel in a remarkable renaissance.