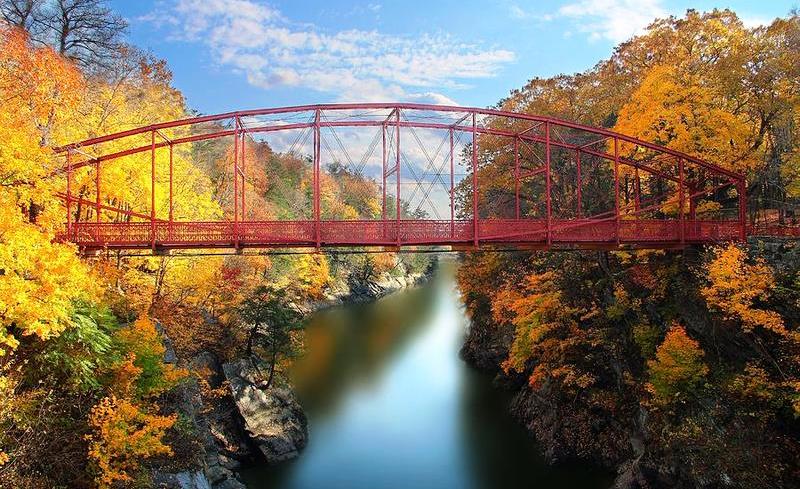 New Milford is the largest town in Connecticut in terms of land area, at nearly 62 square miles (161 km2). It is in northwestern section of the state, on the Housatonic River, and has a population of almost 30,000.

The river has been a key driver of the town’s economy for three centuries, and is now the focal point for yet another economic rebirth. 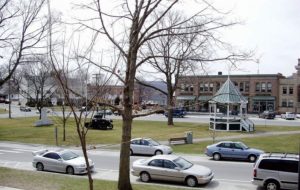 Referring to New York City, committee member Juliane Bailey says “There’s a huge urban area 90 miles south looking for things to do. This is our chance to reclaim our title as the gateway to Litchfield County.”

Bailey said adding the revitalization plan to their 2010 comprehensive plan creates a good foundation, and will help the committee secure state and federal grants. “It’s just endless what we can do there,” said Liba Furhman, a member of the 9-member revitalization committee that was formed in the spring of 2017.

Elements of the revitalization plan include creating a riverfront district. It will be called the “Bridge to Bridge” district, since it will extend from the Lovers Leap Bridge (pictured above) the Boardman Bridge.

They hope to host festivals there, and add amenities like benches, lighting, and signs that encourage people to use existing riverfront pathways. There’s also talk of putting an “institutional anchor” on the riverfront, such as a museum or satellite college campus.

One challenge is finding ways over or around the current barriers separating the downtown from the water, such as railroad tracks (difficult) and a large parking lot (easy).

Community input is also a valuable part of developing the plan. “We want to make sure people in town have a role in the vision,” Bailey said. “We don’t want to be a small group that makes the decisions.”