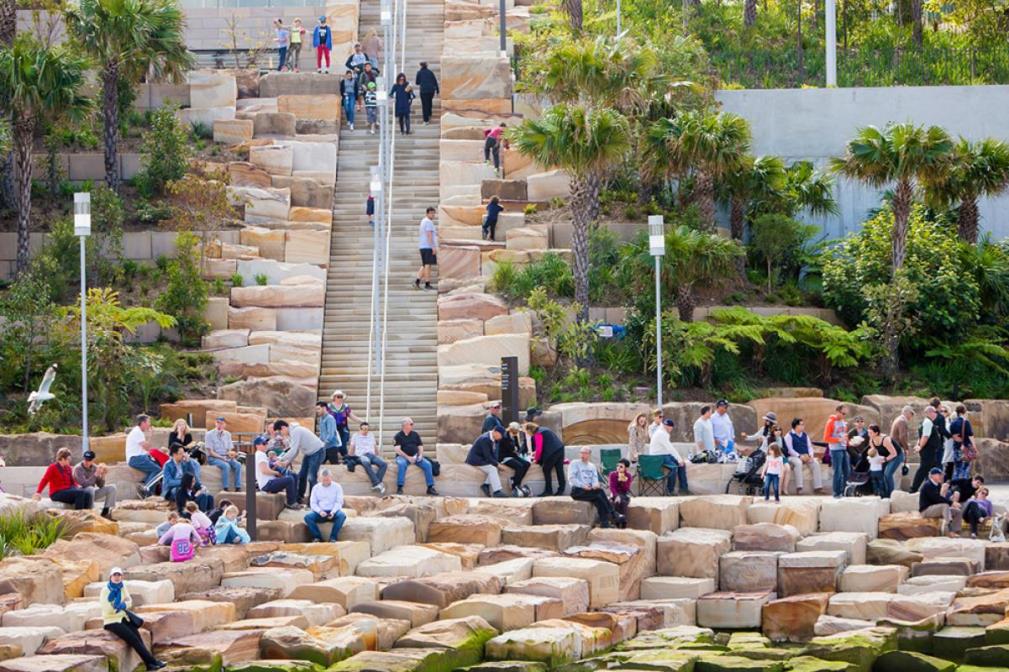 The annual American Architecture Prize™ showcases the talent and vision displayed by architects all over the world. Projects are organized into 41 categories, falling under three main disciplines: Architecture, Interior Architecture, and Landscape Architecture.

The prize celebrates those who push boundaries and set new standards, creating lasting designs that will remain for generations, while inspiring people and enriching their lives. Innovative buildings, designs and landscapes can help redesign the way we live our lives for the better and enable us to make the most of the space we have. 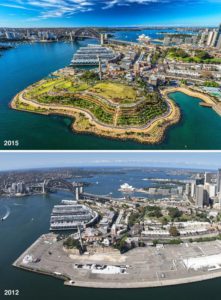 This year’s Landscape Architecture prize goes to a personal favorite of mine (Storm): the Barangaroo Reserve, a new public park that’s part of the much larger Barangaroo waterfront redevelopment in Sydney, New South Wales, Australia. REVITALIZATION has previously featured Barangaroo here, and here.

Named for an influential Aboriginal woman of colonial Sydney, Barangaroo is a globally-significant, 22-hectare waterfront renewal project that redefines Sydney Harbour and its Central Business District.

Barangaroo Reserve was the first phase in the 3-district precinct to open.

I call it a personal favorite because my wife and spent a fair amount of time at the Barangaroo Reserve in late 2015, when it was still in the process of being completed.

I was in town as part of a 3-week business trip in New South Wales and Western Australia, where I was doing a series of event keynotes for the Planning Institute of Australia and the Green Building Council of Australia). 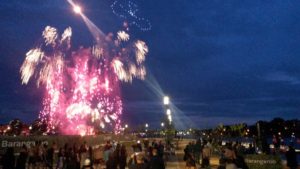 The Barangaroo Reserve is spectacular enough during the day, but it’s absolutely magical at night, when we saw and heard an impressive aboriginal dance exhibition.

It’s also very close to what might be my favorite pub and microbrewery in all the world: the Lord Nelson Brewery Hotel.

The project re-creates the Millers Point headland in its original location by transforming a concrete container port into a naturalistic park with over 75,000 plantings native to the Sydney region. 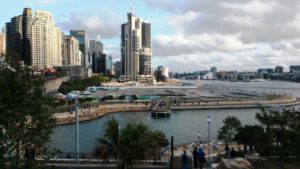 Guided by historical maps and paintings, the design of the headland includes a foreshore of 10,000 sandstone blocks excavated directly from the site.

Selected as a Clinton Global Initiative, One Planet Living, and C40 Climate Positive development, the project recycled all existing materials onsite to form the headland. 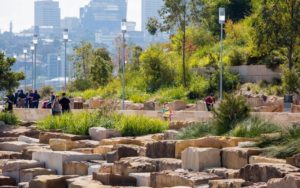 Hidden beneath the artificial headland, the “Cutaway” is a massive void formed through the sandstone excavation operations to host art exhibits, performances, and a future Aboriginal Cultural Center.

Barangaroo Reserve transforms a huge expanse of empty concrete into humane, usable space, marking the transformation of an industrialized site into a modern reinvention of its more sustainable past.