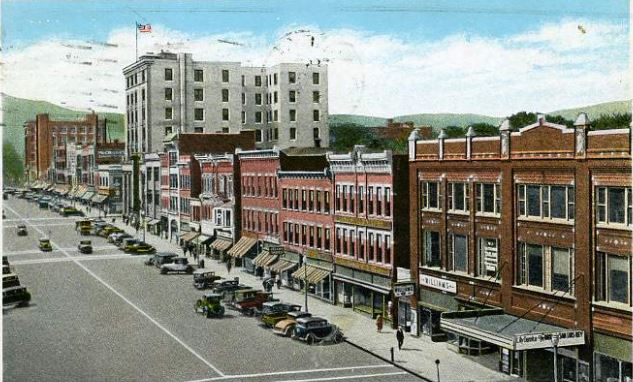 On September 29, 2017, Governor Andrew M. Cuomo today announced that the city of Olean, New York will receive $10 million in funding as the Western New York winner of the second round of the Downtown Revitalization Initiative.

Senator Catharine M. Young explained, “Downtowns are the hearts and souls of our communities. With this investment, Olean will be able to revitalize downtown into a thriving, attractive destination for people in our region and beyond, ensuring its success and its future. Additionally, the increased jobs and economic activity resulting from the project will translate into a broader tax base which will benefit all Olean residents. We are working together on the state level to make good things happen here in Western New York. I thank Governor Cuomo and Lieutenant Governor Hochul for their commitment to our region.”

As in the first round of the DRI, one municipality from each of the state’s 10 regional economic development regions will be selected as a $10 million winner, marking another overall state goal to target $100 million in funding and investments to help communities identify catalytic downtown projects to boost the local economy.

Empire State Development President, CEO & Commissioner Howard Zemsky said, “The successful DRI program is helping communities by creating new opportunities for business growth, resulting in more vibrant downtowns across New York. Olean’s DRI projects will build on the momentum the city started with its ‘Walkable Olean’ plan. I congratulate Western New York on another DRI award and look forward to seeing Olean’s contributions to the overall “Strategy for Prosperity” which is successfully transforming the region’s economy.”

The city will build on these assets to create a vibrant and active 24-hour downtown that supports a growing and diverse population of residents who are optimistic about opportunity to work, learn, and thrive in Olean.

With this funding in place, Olean will now begin the process of developing a Strategic Investment Plan to revitalize its downtown with up to $300,000 in planning funds from the $10 million DRI grant. A Local Planning Committee made up of municipal representatives, community leaders, and other stakeholders will lead the effort, supported by a team of private sector experts and state planners.

New York Secretary of State Rossana Rosado said, “Downtown Revitalization Initiative funding will help invigorate Olean’s downtown, offering opportunities for job creation and economic growth, while also making the area more livable to keep existing residents and attract new ones. The Department of State will continue to work closely with municipalities across New York State to help develop communities, including those in their downtowns.”

The Strategic Investment Plan for downtown Olean will examine local assets and opportunities and identify economic development, transportation, housing, and community projects that align with the community’s vision for downtown revitalization and that are poised for implementation. The downtown Olean Strategic Investment Plan will guide the investment of DRI grant funds in revitalization projects that will advance the community’s vision for its downtown and that can leverage and expand upon the state’s $10 million investment. Plans for DRI’s second round will be complete in early 2018.

“The Governor understands that a thriving downtown can be an economic catalyst for an entire region,” said Lieutenant Governor Kathy Hochul. “This well-deserved Downtown Revitalization Initiative award, which is one of the largest grants Olean has ever received, will help it build on its role as an economic, educational and recreational hub, accelerating the renewal of walkable spaces in downtown and the growth of a diverse population of additional residents.”

The Western New York Regional Economic Development Council went through a competitive review process of proposals from communities throughout the region and considered all eight criteria below before recommending Olean as its nominee for winner:

New York State Homes and Community Renewal Commissioner RuthAnne Visnauskas said, “Governor Cuomo’s Downtown Revitalization Initiative helps breathe new life and bring new opportunities into cities like Olean, putting them on a path to prosperity. This $10 million investment in Olean is part of a strategic goal to harness the amazing assets of downtowns across the state – increasing access to housing, creating jobs and attracting cultural and recreational opportunities, and enriching and improving quality of life in the entire region.”

Olean’s second round DRI win entitles it to receive $10 million in state funding and investments to revitalize its downtown neighborhoods and generate new opportunities for long-term growth. Olean now joins the City of Jamestown, which was the Western New York region’s winner in the first DRI round.

Western New York REDC Co-Chair Jeff Belt added, “Governor Cuomo demonstrated confidence in Olean and Olean delivered. Olean’s priority projects through the REDC were key to kicking off the City’s transformation. This DRI award will be the rocket fuel for our renaissance.”

“New York is investing in municipalities poised for advancement and growth, and with this $10 million commitment to develop the City of Olean’s downtown, the community will have the resources it needs to attract new businesses, improve outdoor recreation, and foster the creation of new jobs,” Governor Cuomo said. “This investment will add more momentum to Western New York’s resurgence, while laying the groundwork for a stronger, more viable region for decades to come.”