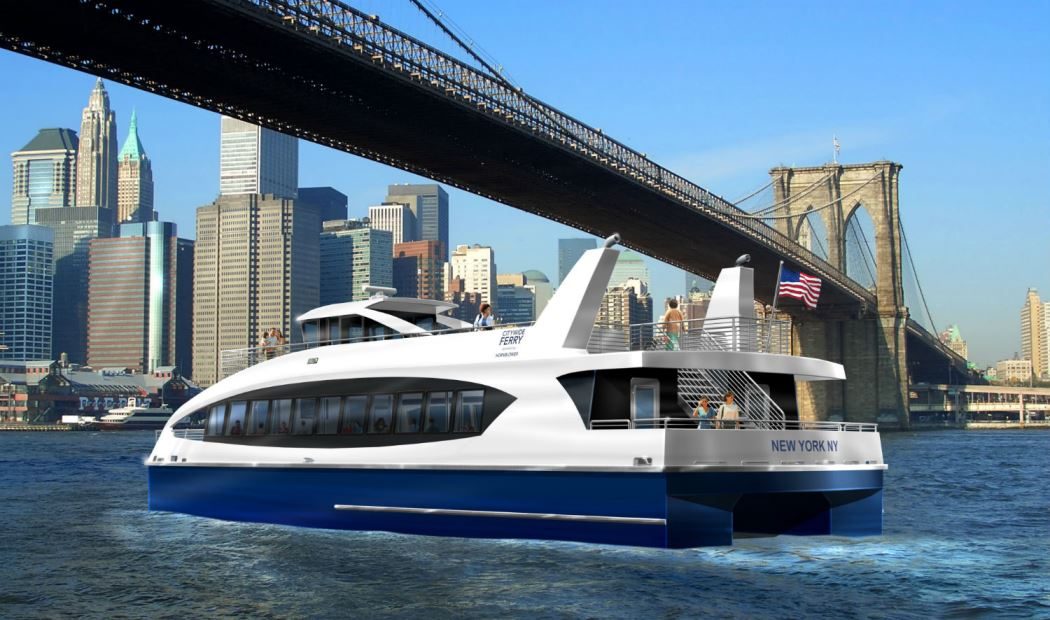 Once upon a time—about seven months ago, to be exact—the people in America’s first suburb, Brooklyn Heights, disliked their commutes into Manhattan.

On top of that, their neighborhood was deteriorating, and the local ferry service was struggling, due to insufficient ridership. 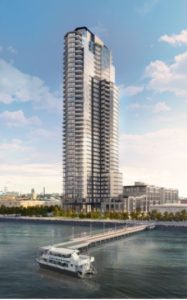 Then, New York City Mayor Bill DeBlasio and the New York City Economic Development Corporation (NYCEDC) decided to revitalize the ferry service, and everything changed: residents now love their commute, their neighborhood is rapidly regenerating, and the East River Ferry is loaded with passengers.

In a great example of the power that intelligent governance has to turn things around, the city subsidized, modernized and expanded the ferry service. This dropped the fare from $6 to $2.75, which makes it the same as a subway ride in cost, but vastly superior in experience. As services improved and fares dropped, the economy rose.

The East River ferry’s revival is in turn reviving a large number of neighborhoods by luring redevelopers to a long-neglected stretch of the city’s industrial waterfront, from western Queens to south Brooklyn.

Why? Because the area has been effectively reconnected. Anyone familiar with the 3Re Strategy (repurpose, renew, reconnect) knows how crucial that is to revitalization.

Rents in neighborhoods that were once harder to reach are climbing, real estate prices have doubled, and thousands of new apartments are planned along the 16 miles of East River shoreline. 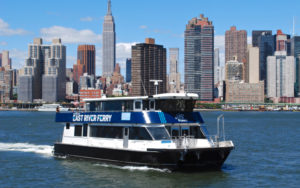 The mostly-commercial waterfront was rezoned for residential in anticipation of the ferry’s revitalizing effects. Even better, approximately 25% of that new housing capacity is affordable, in another example of good governance.

Evidence of the ferry’s effect can already be seen at other stops along the East River, said Grant Long, senior economist at the real estate site StreetEasy.

In an analysis of rentals within a 10-minute walk of the ferry service, rents grew about 1.5 percent faster in the last year than those up to a half-hour away. “The difference in rental growth is really striking because it’s uniform,” said Mr. Long of the areas closest to ferry lines.

The ferry, with its romantic appeal and on-time service, is playing a key role in that growth.

“We’ve been a transportation-starved desert,” said Richard Khuzami, president of the Old Astoria Neighborhood Association, which welcomed the ferry. 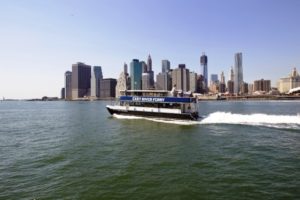 When Mayor DeBlasio was ssked why the $300 million investment in the ferry network wasn’t used instead on expanding the subway system, he said that ferries would benefit the city much faster. “We control that. We can do this quickly,” he said. “If this had been in a proposal to the MTA, no offense to the MTA but it would have waited many years.”

Of course, the process resulting in this miracle goes back more than seven months. The pilot service, launched in 2011, met its three-year goal of 1.2 million riders in only 14 months and was extended to a permanent service through 2019. In 2014, total ridership on the East River Ferry was 1,289,896.

NYCEDC commissioned an updated Citywide Ferry Study in 2013 and released a preliminary report in December of that year. The 2013 study explored new options for potential growth of our ferry network and analyzed the benefits of the East River Ferry. 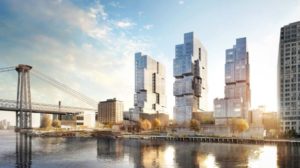 Congratulations to the New York City Economic Development Corporation! I (Storm) rarely encounter an economic development entity that perceives itself as a community revitalization entity. This is as opposed to the normal “economic development” model, where salespeople frantically go hat-in-hand to potential employers.

They give away the area’s essential tax revenues for what often turn out to be poor-quality, temporary jobs. This race to the bottom has been undermining local economies for decades. It also undermines state and national economies, since there is absolutely zero net gain in jobs when employers from one place to another within the same state or country.

The only beneficiaries of this shameful scam are the corporations, which often end up paying no taxes whatsoever, as they hop from one desperate place to another. Far better to attract employers by repurposing, renewing and reconnecting your local natural, built and social assets to boost quality of life. Any marketer will tell you that selling on price is the weakest of strategies. It’s time for communities to aspire to something higher than merely being cheap.

See article in the New York Times by Stefanos Chen.