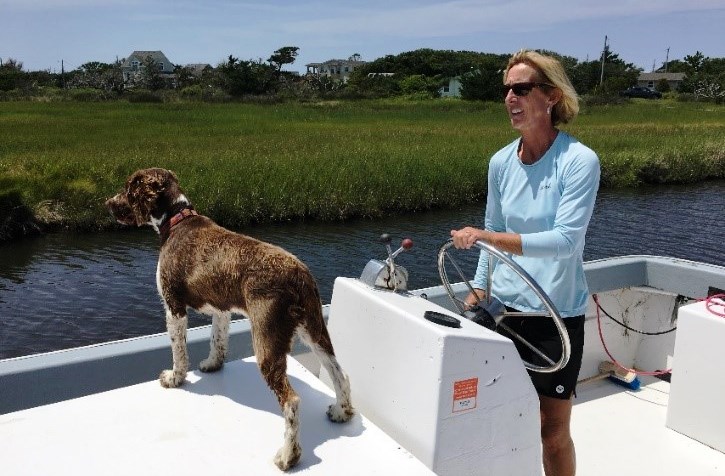 This year, the Albemarle Pamlico National Estuary Partnership (APNEP) in North Carolina celebrated its 30th anniversary. APNEP was created in 1987 is to identify, protect and restore the significant resources of the Albemarle-Pamlico estuarine system.

This past November, APNEP hosted the 2017 Albemarle-Pamlico Ecosystem Symposium: Eyes on the Horizon conference bringing together research and presentations from groups involved within the region. Notes and abstracts from the symposium can be found here. During the symposium, Department of Environmental Quality (DEQ) Secretary Michael Regan provided the final signature for a Memorandum of Understanding (MOU) facilitated by APNEP between DEQ, North Carolina Department of Natural and Cultural Resources (DNCR) and Virginia Secretary of Natural Resources.

On the private side, commercial oyster mariculture is picking up. If you’ve read my books (The Restoration Economy and Rewealth) or attended my workshops, you know that—unlike finfish (like salmon) aquaculture and mariculture, which pollutes rivers and introduces both disease and genetic contamination to native fish populations—shellfish mariculture actually cleans and restores water quality.

This makes it a way to restore the world and make money simultaneously. Entire economies can be built on it, such as Prince Edward Island in Canada. You’ve probably seen PEI oysters on the menu at many seafood restaurants. Maricultured oysters are the largest single industry in the province. 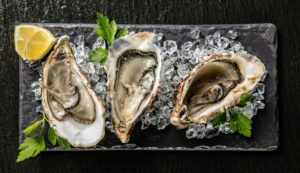 Back in North Carolina, after years of working in corporate jobs, Katherine McGlade was looking for a way to work outside when she came across oyster mariculture. McGlade saw an opportunity to make a quality product in an industry that seemed underserved in North Carolina.

In 2015, she started her own mariculture business in Sandy Bay near Hatteras. Here, she leases about five acres and is slowly growing the amount of product she produces. McGlade’s husband is a seasonal commercial fisherman, and during his off-season, he works with her on the lease. She also employs four people part-time.

She grows her oysters using floating bags and has experimented growing them in bottom cages. McGlade said that it’s her lease location that makes her oysters unique. Even oysters grown within a 10-mile radius of her lease won’t necessarily taste the same. While she admitted she’s not a taste expert, McGlade said her oysters are salty and plump compared to others. The average salinity at her lease site is about 25 ppt (with ocean water being 35 ppt and freshwater being 0 ppt).

She sells most of her oysters under the label Slash Creek Oysters. Local restaurants and distributors, including Risky Business Seafood in Hatteras and Coastal Provisions Oyster Bar & Wine Café in Southern Shores, carry them. Locals Seafood distributes her oysters in the Triangle.

This project is located just off the park’s Cape Fear River shoreline and has the potential to be expanded, up to five-acres, in the future. This year NC DMF’s barges deployed 700 tons of reef material (clean, recycled crushed concrete) into the river to create reef mounds in a one-acre portion of the site.

The reef site was selected for the potential to create oyster habitat and for its proximity to Carolina Beach State Park. The shallow water depths surrounding the park are popular with recreational anglers. An accessible and nearshore artificial reef will enhance fishing opportunities while also serving as hard bottom habitat for oysters and finfish species. Construction for this project is funded by the U.S. Fish and Wildlife Service’s Sport Fish Restoration Program and with support from Grady-White Boats.

This project is a component of multiple plans and initiatives intended to increase oyster and fish habitat and improve water quality in the Cape Fear River and throughout the North Carolina coast, including the Cape Fear River Blueprint and the 50 Million Oyster Initiative.

The 50 Million Oyster Initiative is a statewide effort to build 50 acres of oyster habitat by 2020. In 2017, 17.5 acres of oyster reef were built toward this goal, including this one-acre project. The Cape Fear Blueprint is a plan to improve the river and surrounding watershed’s overall health and water quality.

This project complements other oyster work taking place in the Cape Fear River including a 200-foot oyster sill living shoreline off the shores of Carolina Beach State Park. Future plans include the expansion of this oyster sill living shoreline with help from a NOAA Coastal Ecosystem Resiliency grant. Featured photo of Katherine McGlade and Merit via North Carolina Coastal Federation.