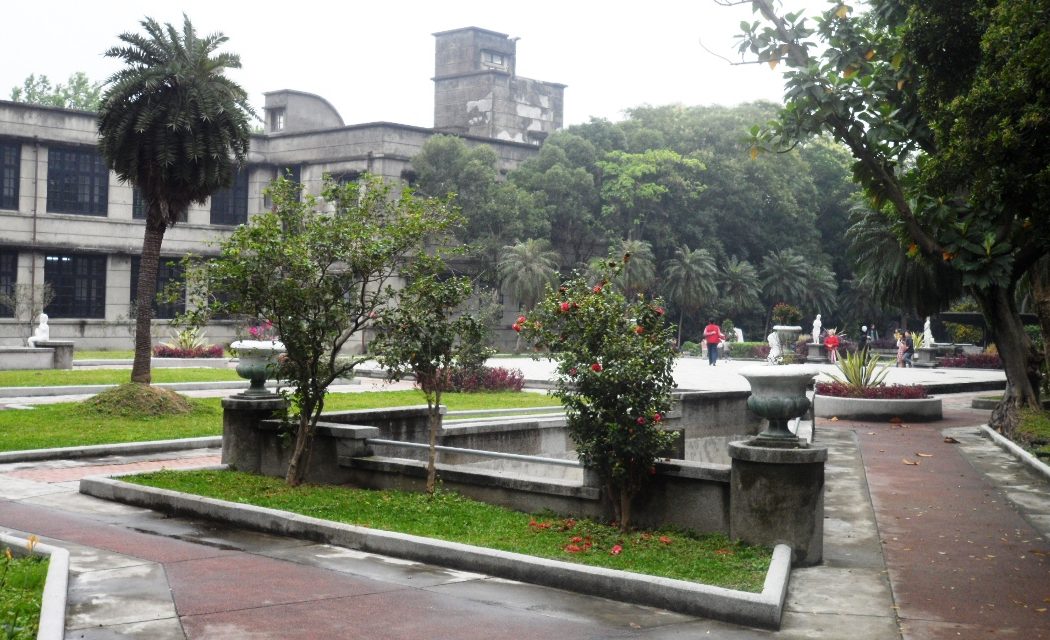 In Taipei, Taiwan, an area used since 1937 as the first modernized tobacco factory in the nation has long created tremendous economic value (if one doesn’t factor in the health costs). It was called the Taiwan Sōtokufu Tobacco Monopoly Bureau during the Japanese colonial times. The complex was later taken over and restored by the Taiwan Monopoly Bureau. They renamed it the Taiwanese Provincial Tobacco and Alcohol Monopoly Bureau Songshan Plant.

The concept of an “industrial village” was employed during the initial development of the Songshan Tobacco Factory, so—in addition to the production line—the needs of the plant’s employees were taken into consideration when designing the site. With its large open spaces and courtyards, the site was a pioneering approach to industrial plants at the time. Its architectural style belongs to the genre of Japanese Early Modernism, with emphasis placed on horizontal lines, simple classic shapes, and refined workmanship. 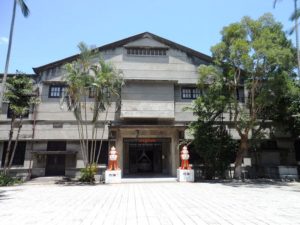 The factory ceased to produce cigarettes in 1998 for concern over urban planning, tobacco and liquor marketing regulatory changes and the decline in tobacco demand. In 2001, the Taipei City Government designated it as the No. 99 cultural heritage site of the city. Over a period of several years, it was repurposed, renewed, and reconnected (the “3Re Strategy“) to the city as a cultural park.

Upon completion, it was again renamed, this time as the Songshan Cultural and Creative Park. On November 15, 2011, it officially opened to the public and has become a creative hub of Taiwan.

In 2012, the Songshan Cultural and Creative Park was positioned as the “Creative Hub of Taipei”, with the objective to nurture creative talents and energy. The Park is not designed with a commercial focus, but rather, its mission is to kindle creativity and innovation and to be in synch with the interdisciplinary developmental trend observed in today’s industries. The park has the following aims:

As such, the Songshan Cultural and Creative Park is not just a platform for showcasing creativity and innovation. 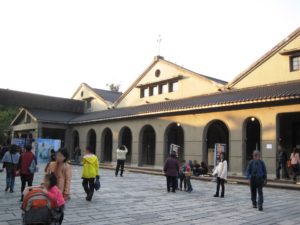 It strives to be a hub for inspiring and nurturing the spirits of creativity, and with the four key strategies of “Creative Lab”, “Creative Co-Op”, “Creative School”, and “Creative Showcase”, the objective is for the Park to achieve the goal of becoming Taipei’s creative hub.

With that mission in mind, the Park is assertively involved in the organization of various artistic, cultural, and creativity events, which also include presentations of design, visual, and cross-disciplinary events.

The activities take shape in diverse formats, including film shootings, press conferences, extended or short-term exhibitions, award ceremonies, symposiums, seminars, fashion shows, and much more. The cultural heritage site of the Park is used in multifaceted lively ways, and with its unique ambiance enhanced, the location has gradually been transformed into a new destination for cultural and creative industry endeavors in Taipei and also a new creative stage with an international focus.

The Songshan Cultural and Creative Park’s mission and duties involve continual efforts in facilitating exchanges between industries and to offer support for the development of aesthetic experiences, and also promotional and marketing endeavors, which are all aimed at creating the greatest benefits from the Park’s multiple functions. 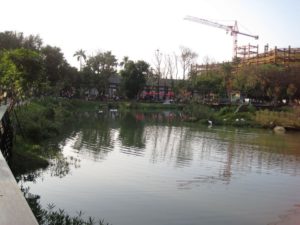 It will also continue to organize large-scale cultural and creative events and to actualize the Songshan Cultural and Creative Park’s vision to become Taipei’s creative showcase window.

With the Park’s multi-functional spaces and its multifaceted operational approach, the intention is to transform the Songshan Cultural and Creative Park into an iconic indicator for everyday aestheticism and design cognition and for the location to truly become a comprehensive multifaceted creative center.

The park is a 6.6 hectare ecological area, and walking the entire park takes about 30-40 minutes.

Thanks to architect, town planner and REVITALIZATION reader Jaime J. Izurieta for bringing this story to our attention.