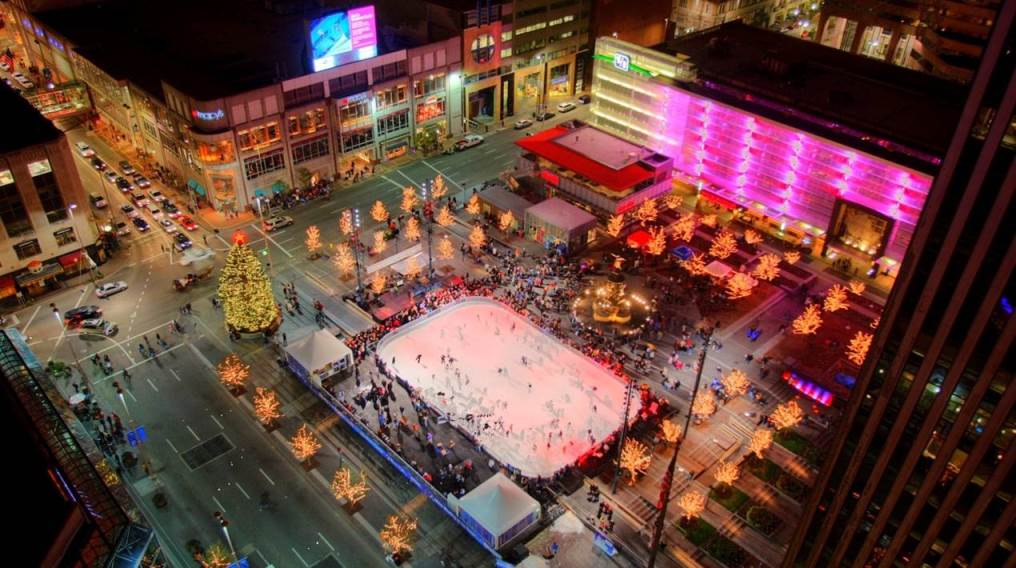 Since 2004, over $1.1 billion has been invested in redevelopment in downtown Cincinnati, Ohio and the adjacent Over-the-Rhine neighborhood.

Representatives from Erie, Pennsylvania, St. Louis, Missouri and Atlanta, Georgia have visited the city in the last year to see how a combination of nonprofit redevelopment, historic preservation, land banking, and strategic acquisitions, funded by tax credits and corporate investments, have turned things around. 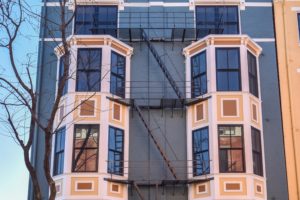 3CDC’s latest success is The Glassmeyer, a mixed-use, transit-oriented redevelopment, completed in January of 2018. The project included the renovation of two buildings totaling over 10,000-square-feet at the corner of 15th and Elm streets in Over-the-Rhine.

City Studios Architecture did the design work for the project, with Hudepohl Construction Company serving as the general contractor. The renovated buildings, which are located just a block north of Washington Park, now feature stunning condo units with open floorplans and modern amenities.

In the 1940s, the now-renovated buildings were home to a cigar shop, as well as a corner market and residential apartment units. As years passed, the buildings sat vacant, becoming run down and ultimately falling into disrepair before 3CDC purchased and eventually redeveloped the structures.

Each of The Glassmeyer’s eight units features its own private balcony, many of which provide breathtaking city views. The spacious floorplans include Somerset hardwood floors and retro-industrial light fixtures. Their kitchens, each with white quartz countertops and Don Justice cabinetry, also come equipped with state-of-the-art GE appliances. Additionally, each unit includes unique tile designs in the kitchen and bathroom areas, adding to their modern appearance.

Perfect for young professionals, small families or empty nesters, The Glassmeyer is just steps away from Washington Park, Music Hall, and much more. Additionally, while parking is included, the buildings are conveniently located on the Cincinnati Bell Connector line.

The units range in price from $339,900 to $409,900. 3CDC and The Oyler Group of Coldwell Banker West Shell are actively meeting with potential buyers for the condo units, and demand is high, as evidenced by the fact that two units are already pending. 3CDC is also currently seeking a tenant for the lone commercial space.

HR&A Advisors designed and supported the creation of 3CDC, to steward the revitalization and ongoing redevelopment of downtown Cincinnati.

In 2004, 3CDC—in partnership with the City of Cincinnati—launched a two-year, $49 million renovation of Fountain Square (pictured at top). The completed project has brought people back to downtown Cincinnati in record numbers, has spurred investment of over $125 million in additional private investment in the Fountain Square District, and continues to serve as a catalyst for new residential, retail and restaurant development in the region.

The next big challenge, which 3CDC is currently working on, is to reconnect Over-the-Rhine with the downtown. This will make it a perfect example of the 3Re Strategy (repurpose, renew, reconnect) at work.

Learn how 3CDC revitalized Cincinnati in this Urban Land article by Scott Sowers.