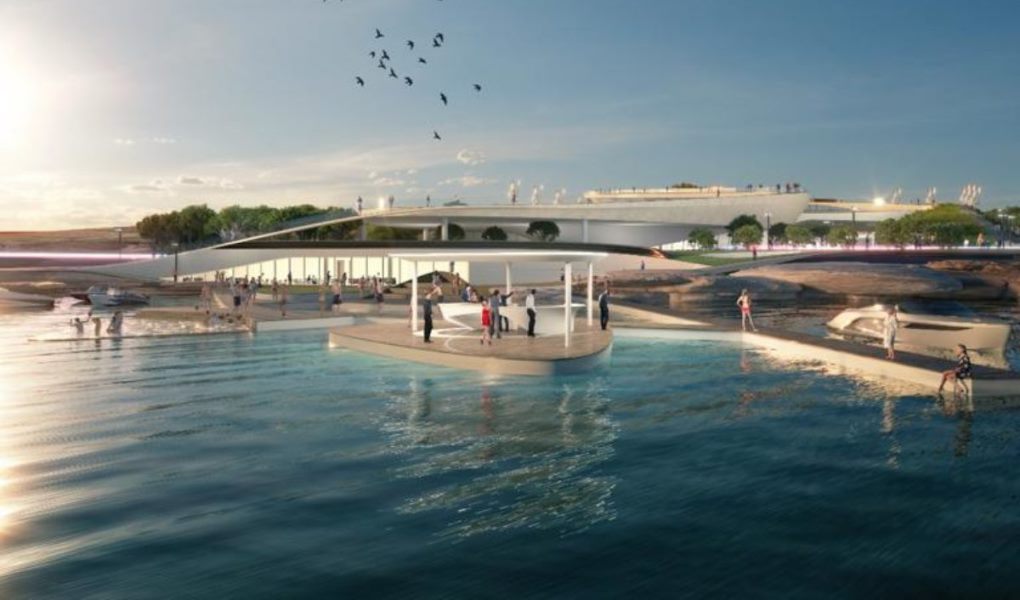 On March 22, 2022 in Malta, Energy Minister Miriam Dalli anounced the launch of a €40 million ($44 million USD) project for the regeneration of the San Lucjan plant, that will turn it into a recreational facility for families.

The former oil storage facility will now be known as is-Siċċa, and offering 18,000 square meters of waterfront recreation space. 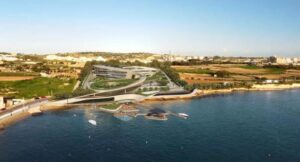 Is-Siċċa will also serve as a unique hub in the middle of the Mediterranean for aquaculture research and innovation, the blue economy, and circular economy industries, Dalli claimed.

The project was designed in an innovative way by the renowned Italian firm Pininfarina, which sculpted many of the world’s most beautiful cars over the past century.

Besides restoring the natural environment, it will use both technology and nature-based approaches to enhance climate restoration and climate resilience.

70% of the project will operate on renewable energy and half of it will serve as recreational public space.

Minister Dalli said that the project is intended to be an economic catalyst to attract other sustainable projects such as this to Malta.

Senior Vice President in the architectural section of Pininfarina Giovanni de Niederhausern said that is-Siċċa will turn the village of Birżebbuġa into an attraction for tourists and visitors. 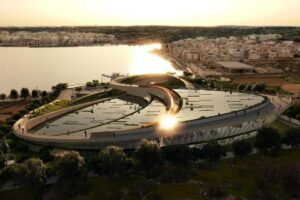 “Is-Siċċa is inspired by the prominent cliffs overlooking St. Lucian’s Tower; the design follows a soft, smooth gesture which connects two elements, water and earth, generating an unprecedented bond between nature and architecture. It will include various uses such as multiple commercial and recreational spaces for the local community, as well as areas for educational, research and innovation purposes, serving as an incubation space for eco and blue industries,” de Niederhausern explained.

Dalli said that the project will not only reduce pollution in the southern areas of Malta, but is an innovative project that will be meeting sustainability goals and have a positive impact on the environment.

From an economical standpoint, Dalli said that the project will offer spaces for startups, incubation centers for green industries and spaces allocated to education facilities. She says that only about 7% of the space will be allocated to industry and manufacturing, with 50% of the space set aside for recreational uses and other public spaces.

Dalli explained that in March 2021 a regulatory process started with the competent authorities so that the site would no longer be used for storing heavy fuel oil. Discussions with the Environment and Resources Authority have taken place to reach an agreement on how the empty-but-toxic fuel tanks will be removed for the preparation of the project.

Dalli said that the project offers a better quality of life for residents. She said that there will be a consultation process with the ERA, among other stakeholders.