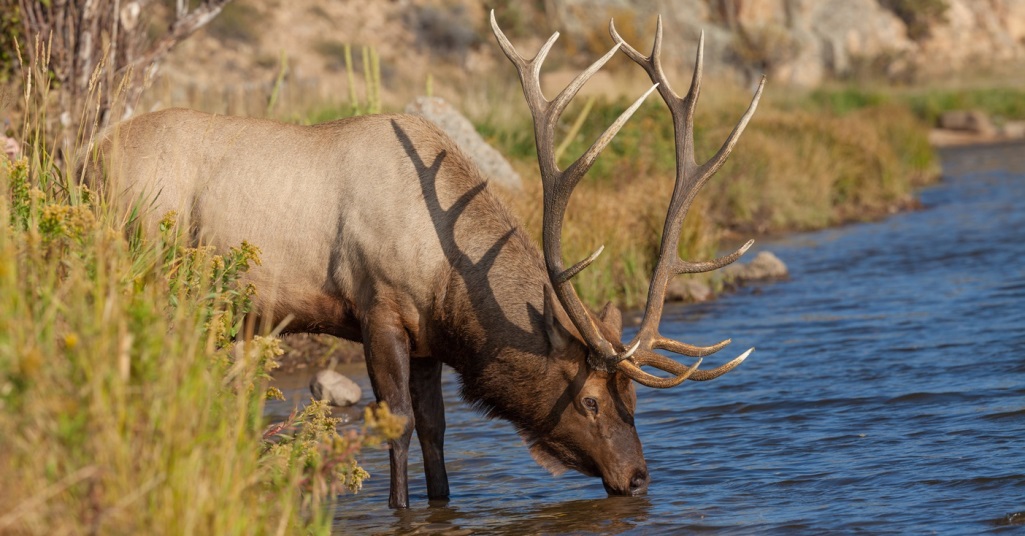 On foggy mornings when the chill of fall is in the air, distant elk bugles ring sparsely through the hills and valleys of the East. Each one tells the tale of one of North American wildlife’s greatest recovery stories.

When Europeans came to North America, as many as 10 million elk roamed the U.S. Their numbers proved a plentiful resource that explorers, trappers and settlers depended on for survival. But left unmanaged, unregulated hunting and loss of habitat eventually became too great and elk herds east of the Mississippi disappeared by the late 1800s.

Since then, efforts by hunter-conservationists and state wildlife agencies have restored elk populations across the nation. RMEF believes that making elk restoration programs a priority in the Eastern U.S. will ensure a future where residents and visitors will have the opportunity to wake up to the bugle and listen as the story of triumph continues.

In January of 2018, capture efforts got underway in Arizona as part of a joint effort by the West Virginia Division of Natural Resources (WVDNR), Arizona Game and Fish Commission and the Rocky Mountain Elk Foundation.

Wildlife workers on site fired nets to capture the animals, sedated them and then prepared them for a short helicopter ride to a nearby trailer. Once the on-the-ground work wraps up, the elk will be transported some 2,000 miles east to augment continuing restoration efforts in West Virginia.

Part of the Virginia elk herd.Photo courtesy of Mike Stiltner via RMEF.

In Virginia, it was reported in March of 2018 that—five years after being reintroduced onto their native historic range in the Old Dominion State—elk are slowly thriving. “We are allowing nature to do its thing now, they will reproduce on their own,” says David Kalb, Virginia Department of Game and Inland Fisheries (DGIF) project leader. “It’s just a rather slow process. Right now we are seeing good recruitment numbers and we are seeing excellent health in the animals that we have.”

The Rocky Mountain Elk Foundation provided both funding and volunteer manpower as it worked with the DGIF and the Kentucky Department of Fish and Wildlife to relocate Kentucky elk onto reclaimed mine land in Buchanan County in the western part of Virginia. The first reintroduction effort began in 2012 and the last was in 2014. Today, there are approximately 200 elk in the state.

The Four Steps of Elk Restoration

RMEF has worked to secure habitat and increase elk numbers in the Eastern U.S. since 1990. The goal of increasing the Eastern population is one RMEF has studied and championed for years. Making it a priority will strengthen the work that’s already been done.

Increasing elk numbers is only part of RMEF’s vision. Bringing back the habitat is an important second phase that will help herds thrive and provide a rich experience for both wildlife watchers and hunters alike.

Across six Eastern states, RMEF has improved public access on thousands of acres and protected vital elk habitat on many more. As herds grow, protecting key habitat areas for elk is critical to mitigating crop depredation and agricultural conflict.

Protecting our hunting heritage remains an important goal for RMEF. The East offers many hunting opportunities for a variety of species, but there are still many chances to improve those hunting experiences,

Bolstering the Eastern elk population takes teamwork. The Rocky Mountain Elk Foundation nurtures strong partnerships with many organizations to find the best ways to bring elk and habitat back to Eastern climes.